gccemacsis a modified Emacs capable of compiling and running Emacs Lisp as native code in form of re-loadable elf files. As the name suggests this is achieved blending together Emacs and the gcc infrastructure.

The scope of this project is to experiment and discuss the proposed compiler design on theemacs-develmailing list.

I’ve no current plan to have this as a long standing maintained out of tree Emacs fork.

Having elisp self-hosted would enable not only a faster environment but also an easier Emacs to be modified requiring less C code to be written.

The actual code can be found here:

gccemacsis not a jitter. The compilation output (. Elnfiles) are elf files suitable for being reloaded between different sessions.

I believe this solution has advantages over the jitter approach not having the duty to recompile at every start-up the same code.

This is a key advantage especially for an application sensitive to the start-up time as Emacs is. Moreover more time can be spent for advanced compile time optimizations.

Some complication to have the system re-loadable exists but is worth paying.

A further advantage of this solution is the potential for reducing load-time. Optimizing for load time should be further investigated.

Plugging into the gcc infrastructure is done throughlibgccjit.

Despite what the name suggestlibgccjitis usable not just for making jitters but for any other kind of compiler.

libgccjitcan be seen as a way to drive the gcc in form of shared library using function calls. In other words this is probably the ‘cheapest’ way to write what is technically named a front-end in compiler jargon.

libgccjitwas added with gcc 5.gccemacsshould not be using any recently added entry point therefore in theory any libgccjitshould be fine.BUTgcc 9 was affected by PR 91928https://gcc.gnu.org/bugzilla/show_bug .cgi? id=91928. I fixed it for the trunk and did the back port into the 9 branch so as of revision 276625 also gcc 9 should be functional again. Consider this if you want to try thelibgccjitshipped by your distribution. gcc 8 and earlier should not be affected but I had no time to do any serious test with them.

I suggest a recent gcc 9 if you are going to compile. Please report any success or failure of usinggccemacswith different versions of gcc otherwise.

Once compiled, the native compiler tests can be run with:

Some special variables influence compilation most notablycomp-speed. This can range from 0 to 3 as in Common Lisp style.

See the doc for details.

Once a compilation unit is compiled the output is an. Elnfile. This similarly to an. Elcand can be loaded byrequireor manually.

A lisp file can be compiled as follows:

Once the compilation completes, the producedfile.elncan be loaded conventionally.

Please note thatfile.elhas to be lexically bound in order to be compiled.

A more common usage is to compile more files or entire folders. The following example will compile asynchronously all the installed packages (the number 4 is equivalent to- j4for make).

Progress can be monitored into the* Async-native-compile-log *buffer.

1.4A foreword about why optimizing outside gcc

While I’m writing I recall few (I think good) reasons why I decided to replicate some optimizing compiler algorithmics outside GCC:

gccemacscompilation process can be divided into 3 main phases:

Thegccemacsnative compiler is divided in the following passes:

Having realized it was quite easy to feed the propagation engine with additional information I’ve implemented two entry points.

As an example this is to promise that the result of the following expression evaluates to a cons:

Propagation engine will use this information to propagate for all the m-vars influenced by the evaluation result of(comp-hint-cons    x)in the control flow graph.

Atcomp-speedsmaller then 3 the compiler hints will translate into assertions verifying the property declared.

These low level primitives could be used to implement something like the CLthe.

This section applies to the (few) functions exposed to the gcc, namely:car,cdr,setcar,setcdr,1 ,1 -,-(Fnegate).

Atcomp-speed3 type checks will not be emitted if the propagation has proved the type to be the expected one for the called function.

The native compiler can be debugged in several ways but I think the most propaedeutic one is to setcomp-debugto 1. In this way the compiler will depose a.cfile aside the. eln.

This is not a true compilable C file but something sufficiently close to understand what’s going on. Also debug symbols are emitted into the. elntherefore is possible to trap or step into it using gdb.

Note thatcomp-debugset to 1 has a negative impact on compile time.

In order to have something to optimize for and measure we have put together a small collection of elisp (nano and non) benchmarks.

The choice of the benchmarks and their weight is certainly very arbitrary but still… better than nothing.

All benchmarks can be considered u-benchmarks exceptnbodyand dhrystone. Worth nothing that these last two has not been tuned specifically for the native compiler.

On the machine I’m running (i7 – 6600 U) the latest performance figure I’ve got is the following:

Recursive benchmarks (suffixed with- recor- tc) shows an enormous uplifts most likely dominated by much faster calling convention. Note that no TCO here is performed.

inclist-no-type-hintsandinclist-type-hintsshows a significant performance uplift just due to type checks being optimized out thanks to the information coming from the type hints.

nbodyis ~ 4.6x faster with no lisp specific optimization triggered. This benchmark calls only primitives (as all previous u-benchs) therefore having all Emacs native compiled does not give any advantage. Probably intra compilation unit call optimization plays a role into the result.

On the other sidedhrystonebenefits quite a lot from the full Emacs compilation having to funcall intostore-substringandstring>.

Hope this indicates a potential for considerable performance benefits.

A number of tests is defined incomp-tests.el. This is including a number of micro tests (some of these inherited by Tom Tromey’s jitter) plus a classical bootstrap test were the compiler compiles itself two times and the binary is compared.

A couple of colleagues and me are running in productiongccemacswith all the Emacs lexically scoped lisp compiled plus all the elpa folder for each of our setups.

While I’m writing this I’ve loaded on this instance 18682 native compiled elisp functions loaded from 669.elnfiles.

So far this seems stable.

The following limitations are not due to design limitations but just the state of a “work in progress”:

All of this is very experimental. Take it (at your risk) as what it is, a proof of concept. 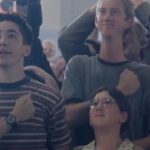