This year, Zoya Akhtar’s Gully Boy has been selected as India’s official entry to Oscars. The film stars Ranveer Singh and Alia Bhatt in the lead roles supported by Siddhant Chaturvedi. After the announcement of Gully Boy going to Oscars 2020 , the lead actors took to social media to express their excitement.

Alia Bhatt and Ranveer Singh shared a note thanking the Film Federation of India for selecting Gully Boy as India’s offical entry to Oscars 2020 and congratulate the cast and crew of the film. The note read, “We are so thrilled that #GullyBoy has been selected as India’s official entry to the 92 nd Academy Awards in the Best International Feature Film category. Thank you to the Film Federation of India, Aparna Sen, Supran Sen, Anindya Dasgupta, members of the jury and a big congratulations to the spectacular cast and crew. “

While Alia Bhatt shared the note with a heart emoji.

Right after the stars shared their excitement on social media, congratulatory messages come galore. From Alia’s mother, Soni Razdan, to Hrithik Roshan, many celebrities took to Instagram to extend their best wishes. Proud mother Soni Razdan wrote, “Congratulations to the entire team of #gullyboy this is incredibly exciting news!” In another comment, she wriote, “So so so so PROUD.”

The official brother-in-law of the country, husband of Priyanka Chopra, Nick Jonas also commented on Ranveer’s post with a fire emoji .

One of the rappers who was associated with Gully Boy, Kaambhaari wrote, “Oh yesss!” 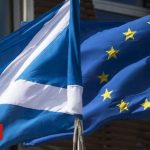 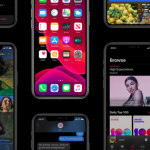