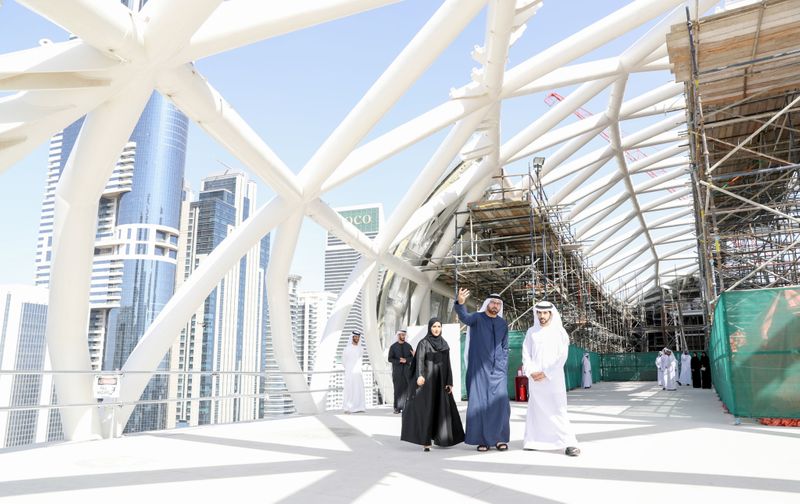 The plan, which was approved during a meeting of foundation’s the board of trustees chaired by Shaikh Hamdan at the Museum of The Future, outlines the work frames and objectives of the foundation during the next phase.

Shaikh Hamdan affirmed that building human capital is the core of the development model set by His Highness Shaikh Mohammad Bin Rashid Al Maktoum, Vice President and Prime Minister of the UAE and Ruler of Dubai. He said: “Over the next phase, we will double our efforts to achieve the vision of His Highness Shaikh Mohammad Bin Rashid as declared in the 4th of January 2020 Document and this vision will be the guideline for Dubai Future Foundation over the next phase”.

He said: “We want Dubai Future Foundation to become a global platform for spreading knowledge, leading research efforts and continue playing its role as a think-tank that supports decision making in our futuristic government”.

Designing and understanding the future

This pillar includes a package of initiatives such as Dubai Future Councils, which features 13 councils with 10 to 15 members drawn from academia, business, government and industry, in addition to Mohammed bin Rashid Centre for Accelerated Research and the Centre for the Fourth Industrial Revolution, which is the fifth of its kind in the world and was opened this year in cooperation with the UAE government and the World Economic Forum.

This pillar features initiatives dedicated to spreading scientific and knowledge content on various futuristic topics, including “Dubai Dialogue” that host an elite group of international speakers, and “Mostaqbal platform” the largest knowledge platform of its kind in the Arabic language that oversees many digital platforms and printed magazines.

Developing and providing national capabilities with tools for designing the future is also one of the most prominent pillars of the strategy. “Dubai Future Academy” represents a knowledge destination to prepare national competencies capable of anticipating and making the future of Dubai and enhancing its ability to create new markets and economic sectors.

Designing and accelerating the future

This pillar aims to develop an integrated platform for designing the future, and attracting more innovators and startups to create global solutions to various challenges facing government departments in Dubai and the UAE. Area 2071 represents a global platform that brings together the best minds to transform creative ideas and visions into reality.

The Museum of the Future is a global destination for exploring the impact of science, technology and innovation on the future of mankind. It is an integrated environment for testing ideas and developing practical models, and a centre for predicting future trends that attracts the best global minds.

Previous Using Standard HTML (1997), Hacker News
Next Why the Tezos Foundation is giving away XTZ tokens