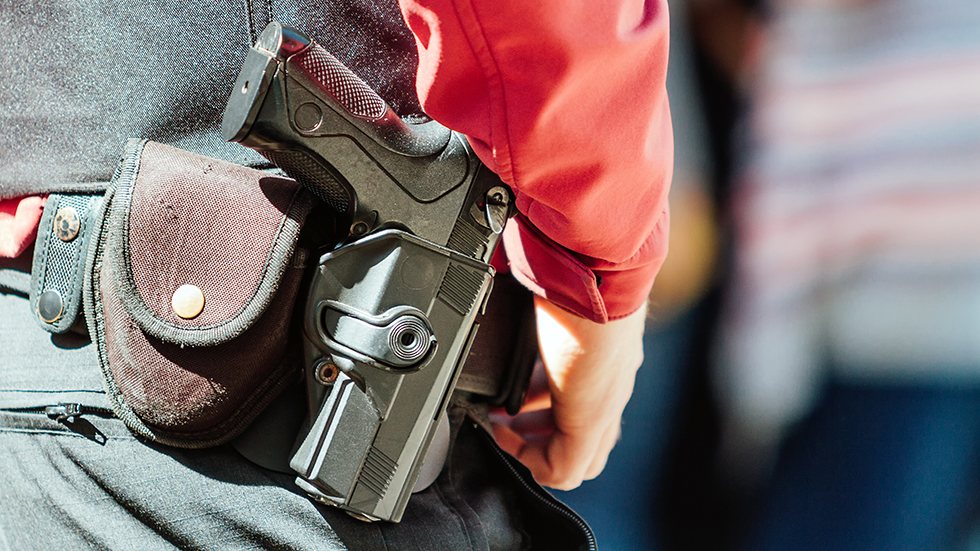 America’s largest retailers are rethinking their gun policies following a spate of mass shootings this summer in states including California, Texas and Ohio.

With uncertainty about whether Congress will do anything this fall in response to the massacres, the private sector has started taking action to address gun violence.

Walmart, whose El Paso, Texas, location was the site of a mass shooting in August, said this week it was halting the sale of handguns and certain ammunition while urging its millions of customers not to openly carry firearms in its stores. Walgreens and CVS quickly followed suit, asking its customers to leave their guns at home.

But not all major retailers have revamped their policies.

Below is a description of gun policies for the 30 largest US retailers based on overall sales, as measured by theNational Retail Federation.

Astatement on Costco’s websitesays the membership-based retailer prohibits guns in its stores and offers a refund to members who don’t agree with it. A Costco spokeswoman contacted by The Hill said she didn’t know when the ban took effect and that management had no further comment beyond the statement.

“At Costco, we don’t believe it’s necessary to bring firearms into its warehouses, except in the case of authorized law enforcement officers. For the protection of all our members and employees, we feel this is a reasonable and prudent precaution to ensure a pleasant shopping experience and safe workplace, ”the statement reads.

“ Our policy is meant to protect our members and employees in all warehouses around the world. This isn’t a new policy, and we don’t customize this policy for each city / county / state / country where we do business, ”the company added. “If you believe that our policy restricting members from bringing firearms into our warehouses is unfair or excessively burdensome, or you cannot agree to abide by this policy, Costco will promptly refund your annual membership fee in full upon request.”

Retailers that request customers do not openly carry firearms

Walmart changed its gun policy on Tuesday, urging its customers not to openly carry guns in its stores. The world’s largest retailer also stopped selling handguns and ammunition for handguns and some short-barrel rifles.

“As it relates to safety in our stores, there have been multiple incidents since El Paso where individuals attempting to make a statement and test our response have entered our stores carrying weapons in a way that frightened or concerned our associates and customers, ”CEO Doug McMillon wrote in a memo.

The mass shooting in El Paso on Aug. 3 occurred at a Walmart store, leaving (dead and 24 injured.

“We have also had well-intentioned customers acting lawfully that have inadvertently caused a store to be evacuated and local law enforcement to be called to respond, ”McMillon added. “These incidents are concerning and we would like to avoid them, so we are respectfully requesting that customers no longer openly carry firearms into our stores or Sam’s Clubs in states where ‘open carry’ is permitted – unless they are authorized law enforcement officers.”

Kroger changed its policy this week and requested customers not openly carry guns in its stores. A year ago, the company stopped selling firearms and ammunition in its Fred Meyer stores in the Pacific Northwest.

“Kroger is respectfully asking that customers no longer openly carry firearms into our stores, other than authorized law enforcement officers, ”Jessica Adelman, group vice president of corporate affairs, told The Hill in a statement.

“ We are also joining those encouraging our elected leaders to pass laws that will strengthen background checks and remove weapons from those who have been found to pose a risk for violence, ”she added.

Walgreens announced on Thursday that it will ask customers to not openly carry guns in its stores.

“We are joining other retailers in asking our customers to no longer openly carry firearms into our stores other than authorized law enforcement officials, ”the company said in a statement.

CVS said it is requesting that firearms not be brought into its stores, which number nearly 10, (nationwide.

“We support the efforts of individuals and groups working to prevent gun violence, and continually review our policies and procedures to ensure our stores remain a safe environment, ”the company said in a statement. “We join a growing chorus of businesses in requesting that our customers, other than authorized law enforcement personnel, do not bring firearms into our stores.”

Since July 2014, Target has requested that firearms not be brought into its stores.

“We … respectfully request that guests not bring firearms to Target – even in communities where it is permitted by law,” the retailer said in a statement at the time.

Royal Ahold Delhaize is the parent company of numerous grocery brands, each with its own gun policy, a spokeswoman said.

At the 1, 000 Food Lions on the East Coast, customers are asked to “voluntarily refrain” from bringing their guns with them.

Christopher Brand, a spokesman for Giant Food Stores LLC, said, “We respectfully request that customers not bring firearms in our stores even if permitted by applicable state and local laws.”

HEB, a supermarket chain in Texas, allows customers to carry concealed handguns, but it has a decades-long policy prohibiting open carry. In 2015, the company began posting signs about its gun policy at its stores to comply with a state law.

“HEB has always allowed licensed customers to conceal carry handguns inside our stores. H-E-B does not allow the open carry of handguns or long guns on our property or in our stores due to our TABC alcohol permit, ”spokeswoman Dya Campos said in an email. “This is a long standing policy for decades, nothing has changed.”

Starbucks requests customers not bring firearms into its stores. Former CEO Howard Schultz, who said Friday he is not running for president, made the announcement in 2013. )

“Few topics in America generate a more polarized and emotional debate than guns. In recent months, Starbucks stores and our partners (employees) who work in our stores have been thrust unwillingly into the middle of this debate. That’s why I am writing today with a respectful request that customers no longer bring firearms into our stores or outdoor seating areas, ”Schultz wrote in a letter at the time.

Retailers with no gun restrictions

TJX Companies, the parent company of TJ Maxx, Marshalls and HomeGoods, does not have a ban on carrying guns in its stores.

“We appreciate the seriousness of this issue and care deeply about the safety of our Associates and customers,” TJX told The Hill in a statement. “Associate and customer safety is, and always will be, a top priority. We do not sell firearms or ammunition in any of our stores and follow federal, state, and local laws regarding the carrying of firearms which we have done for many years. ”

Macy’s does not ban customers from bringing guns into its stores ; instead, it leaves that decision to state and local jurisdictions or the shopping mall where the store is located.

“The safety and security of our customers and colleagues is Macy’s highest priority. We comply with all applicable state and local firearms laws and regulations, in addition to mall regulations, ”a Macy’s spokesperson told The Hill.

Aldi’s code of conduct addresses employees, not customers, and requests they keep firearms in their cars if state law allows. The grocery chain did not respond to questions about gun policies for customers.

“Except to the extent that state law expressly permits employees to keep a firearm locked securely in their vehicle located in a Company parking lot, firearms, knives or other dangerous weapons should not be brought onto Company property for any reason, ”the company says in itscode of conduct.

Retailers that did not respond to questions about gun policies 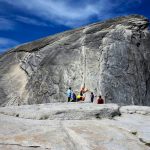 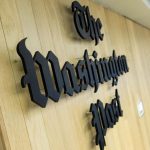