Once upon a time in a magical land of vegans, earthquakes and 25 – minute journeys to everywhere, there was a Hollywood executive who thought it was acceptable to have Julia Roberts play Harriet Tubman.

According toEW, Gregory Allen Howard has been trying to makeHarrietfor a month of Sundays. During his arduous process, Howard recalled a story in which a studio exec loved his script and then suggested Tubman be played by Roberts.

Howard recalled that “When someone pointed out that Roberts couldn’t be Harriet, the executive responded,‘ It was so long ago. No one is going to know the difference. ’”

This story, if true, takes the “white savior” narrative to a whole new level. I mean, if we’re going down this road then we might as well have Arnold Schwarzenegger play Martin Luther King. MLK’s “I Have A Dream” speech was so long ago that surely no one will pay attention to this man’s accent.

Roberts, who I presume would have had enough sense to turn this role down if she were presented with it, is plastered all over the internet but the incompetent executive remains nameless.

Tubman is somewhere in heaven, eating her rice and shaking her head at all of this stupidity that decided to befall us right before Mercury takes out its micro-braids.

If this had been even remotely a reality, it must be how Jesus feels every time he sees the blue-eyed, blonde rendition of his shea butter-infused self.

Remember the outrage a lot of people felt because a British actress was playing Tubman? Imagine the rage that would’ve ensued if Tubman decided to go on a melanin-free eat, pray, love excursion to free the homies? If we live in a world where Roberts could be considered to play Tubman, could we have Barack Obama play president again? 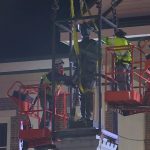 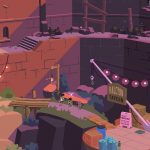