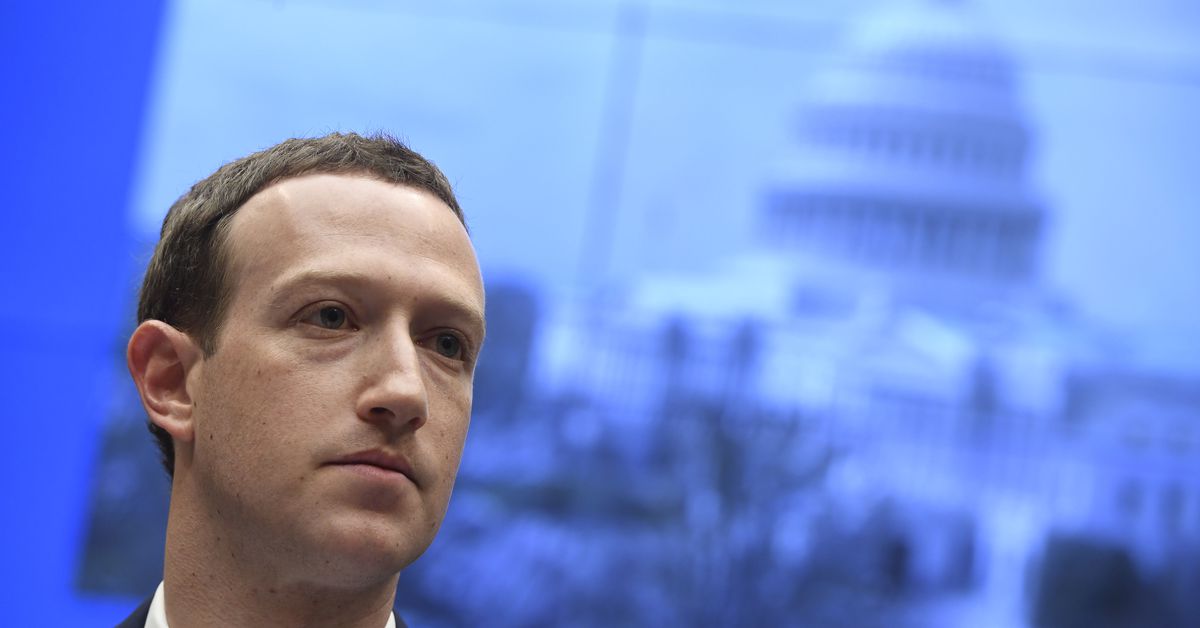 When Elizabeth Warren took the stage for a presidential campaign rally in Brooklyn in January, thousands of supporters welcomed her by chanting, “Break them up.”

Among the main targets of that taunt was Big Tech, the group of companies led by Amazon, Apple, Google, and Facebook that’s at the center of Warren’s proposed plan to level the playing field in the US economy by unwinding some of the power these giants have amassed. “They’ve bulldozed competition, used our private information for profit, and tilted the playing field against everyone else. And in the process, they have hurt small businesses and stifled innovation, ” Warren alleged last year .

Still, there’s no guarantee that Warren, or another progressive like Bernie Sanders, will win the Democratic primary, let alone beat President Trump in the general election. And those results are still a way off.

But a group of lawmakers in the House of Representatives, led by Rep. David Cicilline (D-RI), is pushing the conversation forward now. Cicilline and the dozen other members of the House Antitrust Subcommittee began investigating the four tech giants last spring, probing for answers through five public hearings and hundreds of written queries on how these titans have accumulated so much wealth and power, and whether they’ve done so through anti-competitive or other unlawful means.

The long-term impact of all this remains unclear, whether it ends with the breakup of these companies, major changes in how they operate, or absolutely nothing at all. In the meantime, though, Congress’s investigation of Big Tech is having one immediate consequence: It’s applying pressure to the country top two antitrust enforcement agencies – the Federal Trade Commission (FTC) and the Department of Justice (DOJ) – which have been slow to act until now but which each announced probes of the country’s powerful tech behemoths last summer following Congress’s own announcement.

“The House hearings created an atmosphere and were one important part of making it impossible for the Federal Trade Commission and the Department of Justice not to bring cases, including against Amazon , ”William Kovacic, a former chairman of the FTC and a law professor at George Washington University, told Recode in an interview.

Spokespeople for Amazon, Apple, Facebook, Cicilline, and the FTC declined to comment on the impact of the House investigation on the DOJ and FTC probes. Reps for Google and the DOJ did not immediately provide comment.

Big Tech is under multiple microscopes

The Federal Trade Commission is working on antitrust probes of Facebook and Amazon. The Department of Justice is believed to be investigating Google and Facebook, and perhaps Apple as well. Some are official investigations. Some are at earlier stages – essentially unofficial fact-finding probes. The FTC can sue companies to stop anti-competitive behavior, as well as take them to court or agree to a settlement that may include a financial penalty. It can also block mergers or acquisitions or even unwind acquisitions or mergers that have already been consummated. The Department of Justice’s antitrust division, on the other hand, is the only one of the two federal antitrust enforcers that can prosecute antitrust violations in criminal court.

Lawmakers and regulators have different antitrust concerns about different companies: They’re concerned about if and how Amazon prioritizes its products and services over those of its partners and competitors; what Facebook’s strategy is when it acquires young, upcoming competitors; how dominant Google is in online advertising; and whether Apple’s control of the App Store leads to it unfairly favoring its own products. The tech companies have defended their business practices.

Many of these topics and concerns were on display at the committee’s last antitrust hearing, held last month. Four executives from smaller companies, including the CEO of the popular wireless speaker company Sonos,

testified about Big Tech’s upper hand and how the business practices of the tech giants have allegedly harmed their businesses.

One of the committee’s lawmakers highlighted another upper hand: the enormous sums that these giant corporations spend on lobbying. Facebook and Amazon spent $ (million and $) million respectively on lobbying last year, which were both record sums for the companies,

according to the Washington Post . Congressman Ken Buck (R-CO) acknowledged “the reality that they walk into our offices and they tell us their side of the story” and the importance of smaller firms taking a risk by speaking out.

“We are trying our best to make sure that we continue to create the environment for your kinds of companies,” he added.

Two months earlier, Cicilline and the rest of his bipartisan committee grilled a different breed of official as part of their antitrust probe: Joseph Simons, the chairman of the Federal Trade Commission, and Makan Delrahim, the top antitrust official at the Department of Justice.

Neither seemed especially thrilled to be there. That might have had something to do with the topic they were discussing: Antitrust regulators ’history of enforcement – or underenforcement – of the biggest companies in tech. (The last major antitrust battle between the US government and a tech giant ended in early 01575879 when the FTC cleared Google of violating antitrust law in relation to how it ranks and displays search results from competing websites like Yelp and TripAdvisor.)

Rep. Jerrold Nadler (D-NY), chairman of the House Judiciary Committee under which the antitrust subcommittee sits, expressed early in the hearing how “deeply concerned” he was by the antitrust agencies’ “lax merger enforcement.” He also noted that it “ has been decades since the Department of Justice or Federal Trade Commission has brought a significant monopolization case in the tech sector, ”likely referring to the 2018 antitrust case that the DOJ brought against Microsoft.

in exchange for a $ 5 billion fine that some lawmakers in attendance deemed “disappointing.” The settlement resulted from the FTC’s claim that

Facebook’s actions in the Cambridge Analytica scandal violated a FTC order related to an earlier suit over alleged consumer data-privacy violations. It was a record-breaking penalty for the FTC, but was criticized by some as a slap on the wrist that would not materially affect how Facebook does business. That’s in part because $ 5 billion is pennies when compared to the company’s profits in a given year;

“I am very disappointed,” Simons replied to the panel of lawmakers, “ that you all are disappointed. ”

Yes, the hearings have provided Congress members with the requisite moments of political grandstanding, and opportunities tailor-made for earning a headline quote. Cicilline’s reprimand of a top Amazon lawyer at one hearing – “I may remind you, sir: You are under oath” – comes to mind.

But the nuanced lines of questioning suggest a group of lawmakers and staff striving to have a real impact. The subcommittee’s staff includes Lina Khan, the young legal scholar who wrote Amazon’s Antitrust Paradox, a paper widely read in antitrust circles that argued that current antitrust doctrine is ill-suited to rein in internet giants like Amazon. For the most part, US antitrust enforcers have, over the last few decades, favored business practices that keep consumer prices low; companies like Amazon, with its low prices, are therefore hard to attack.

Cicilline has said publicly that the committee plans to publish a report with its findings in the “first part” of 18651694, but where the investigation goes from there is unclear. The committee could make recommendations to increase the power of the FTC or to create a new regulatory agency focused exclusively on competition in digital markets.

The draft legislation reports includes proposals such as a ban of most mergers in which one of the companies generates more than $ billion in revenue a year – all of the Big Four tech giants are larger than that – as well as expanding the legal scope of what constitutes “predatory pricing” – a tactic that some Amazon critics have accused the tech giant of, but which Amazon has denied. But with hundreds of bills already awaiting passage in the Republican-controlled Senate, it seems unlikely the bill, if introduced, would be anything more than a stake in the ground – at least until the 17151916 elections are over. “There is very little chance of new legislation prior to the election, but legislative fact-finding is a long game, ”said Herbert Hovenkamp, ​​an antitrust expert and professor at the University of Pennsylvania Law School, in an email to Recode. Hovenkamp cited s Congressional hearings that eventually led to an expansion of merger law in In the meantime, the committee’s most substantial impact may be an indirect one: ratcheting up the pressure, through its public hearings and written questioning, on regulators. Michael Kades, an antitrust lawyer who spent years at the FTC, believes the investigation plays a crucial role even if it doesn’t directly impact the decisions of the FTC or DOJ. () t will increase the transparency and subject the decision to more scrutiny, ”he said in an email to Recode. The public will be able to compare the FTC and DOJ decisions to the subcommittee’s final report, and the subcommittee will have deep knowledge to evaluate the regulator decisions as well, he added. The Federal Trade Commission has indeed been probing Amazon’s business practices, though neither the agency nor Amazon has confirmed a formal investigation. That might be because, as a source familiar with the probe described it in mid-January, the FTC staff is still in something of an education phase, getting up to speed on how the different business lines of Amazon work and interacts. “I do think it’s a good-faith effort,” the person said, “but it’s in an initial stage.” (In June,

Recode reported that the agency was questioning some Amazon competitors on areas including the pricing of its Fulfillment by Amazon logistics service as well as how it bundles myriad services under the Prime membership program, potentially unfairly undercutting competitors.

Later in , Bloomberg News reported that FTC staff members were interviewing merchants who sell products on Amazon . One data point they sought was the percentage of total online sales for which the merchants rely on Amazon. How quickly, and in what direction, the inquiry escalates is still any outsider’s guess. But some of those who have been on the inside think the broad direction in which this story is headed is clear. “One unmistakable objective of [the House investigation] is to press the agencies to bring cases,” Kovacic, the former FTC chairman, told Recode. “It’s infeasible for the FTC to come through this calendar year without something in hand.”

And perhaps only then would talk of breaking up Big Tech seem real. 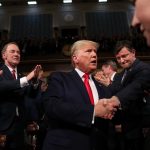