But Schiff is likely to reject many, if not all , of the witnesses from the Republicans’ wish list.

“We expect that you will call each of the witnesses listed above to ensure that the Democrats’ ‘impeachment inquiry’ treats the President with fairness, as promised by Speaker Pelosi,” wrote Devin Nunes (Calif.), Ranking Republican on the Intelligence Committee . “Your failure to fulfill Minority witness requests shall constitute evidence of your denial of fundamental fairness and due process.”

The probe moves from closed-door depositions to open hearings next week, which Democrats hope will present a strong case to the American public that bolsters support for impeaching the president.

Republicans and the president have complained that the Democrats’ inquiry is unfairly partisan. When the Democrats deny the witnesses they’ve requested, the Republicans will then present that as evidence of a one-sided process.

Witnesses who testified out of public view have corroborated the crux of the case against Trump – that he pressured Ukrainian President Volodymyr Zelensky to investigate his political rivals – so the Democrats see no need for the whistleblower, who heard the story secondhand, to testify. Three career State Department officials are returning next week for the public hearings.

Republicans want to publicly question witnesses who would divert the conversation away from questions about Trump’s behavior to allegations only tangentially related to the case, such as unfounded claims that Ukraine interfered in the 2016 election and that the Bidens acted nefariously in their dealings with Ukraine.

In the request that the anonymous whistleblower be asked to testify publicly, Nunes argued that Trump “should be afforded an opportunity to confront his accusers.” He also asked that all individuals who provided information to the whistleblower be compelled to appear.

Democrats have pushed back on Republicans’ desire to expose the identity of the whistleblower, citing protections afforded to federal employees who anonymously disclose information about government wrongdoing.

In addition to Hunter Biden, the Rep ublicans said they also want to hear from Biden’s business partner, Devon Archer, who served with Biden on the board of Burisma, a Ukrainian natural gas company.

Nunes writes that both Biden and Archer’s time with Burisma “can assist the American public in understanding the nature and extent of Ukraine’s pervasive corruption, information that bears directly on President Trump’s long-standing and deeply-held skepticism of the country.”

Biden’s work for Burisma is a central issue in the impeachment inquiry into whether Trump abused his power by asking that Ukrainian leaders to investigate the Bidens at the same time that he was withholding military aid from their country.

Previously, Burisma have been under investigation by Ukrainian pros ecutors, but by 2016 when Biden was pushing for Shokin to be fired, the investigation into Burisma was dormant, according to former Ukrainian and US

There are other individuals on the list are linked to conspiracy theories that go beyond Biden and the whistleblower. Two witnesses are related to Trump allies’ unfounded allegation that Democrats were getting dirt on Trump from Ukraine during the 2016 election.

In relation to that, they’ve asked for Nellie Ohr, a researcher for Fusion GPS, which commissioned the Steele dossier linking Russia and Trump, as well as Alexandra Chalupa, a Ukrainian American who worked with the Democratic National Committee.

In denying the GOP witness list, Schiff will pointto parametershe laid out earlier this week limiting the scope of the public hearings to Trump’s actions related to Ukraine.

The narrow guidelines set forth by Schiff center on three fundamental questions:

● Did Trump request a foreign government conduct investigations that would benefit the president’s personal political interests?

● Did Trump, or his aides, use the power of the presidency to apply pressure on Ukraine?

● Did the T rump administration attempt to obstruct justice by concealing evidence of the president’s actions related to Ukraine? 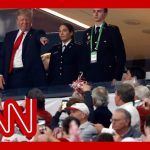 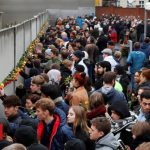