Indrani Mukerjea has claimed she paid bribes to the Chidambarams.

Jailed media boss Indrani Mukerjea, at the center of the CBI’s case against former union minister P Chidambaram in the INX Media corruption case, is among 15 named in the charge-sheet but will not be tried. The charge-sheet, filed before a special court in Delhi today, lists Indrani Mukerjea as an accused who has “turned approver and pardoned”.

Indrani Mukerjea’s plea to turn approver in the INX Media case involving P Chidambaram and his son Kartiwas accepted by a Delhi court in July. The CBI, which endorsed her application, said that Indrani Mukerjea was privy to evidence, in the form of conversations, which could help consolidate the case.

Indrani Mukerjea, who co-founded of INX Media with her then husband Peter Mukerjea, allegedly received foreign investment clearances in return of bribes paid to the Chidambarams in 2008. She is currently in Mumbai’s Byculla Jail awaiting trial for the murder of her daughter Sheena Bora.

Investigators have alleged that INX Media directors Peter and Indrani Mukerjea met the senior Congress leader to ensure there was no delay in their application . P Chidambaram was Finance Minister at the time.

While Indrani Mukerjea hadclaimed to have paid $ 5 million as bribes to the Chidambaramsthrough offshore accounts, CBI sources told NDTV that the agency is awaiting details on the payments from foreign governments.

P Chidambaram has denied ever meeting Indrani Mukerjea and any wrongdoing in the case which he says is politically motivated.

Arrested by the CBI on August 21, P Chidambaram had been in judicial custody at the Tihar jail since September 5 in the INX Media corruption case filed by the CBI. He was arrested by the Enforcement Directorate or ED in a money laundering case on Wednesday and sent to the agency’s custody for a week yesterday.

Speaking to journalists outside a court in Mumbai in August, Ms Mukerjea said it was“good news”that the former Finance Minister has been arrested. 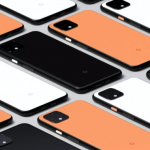 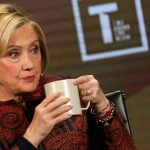