The BJP’s top leader in Bengal, Dilip Ghosh, said on Monday that “intellectuals who eat beef should eat dog meat too” as it is all the same for their health. In a set of bizarre remarks at a public gathering, he also said the milk of cows in India contains gold and foreign cows are “not our mothers but aunties”.

“Ourdesi(Indian) cows have a special characteristic.There is gold mixed in their milk and that is why their milk is golden.There is a blood vessel that helps produce gold with the help of sunlight So, we have to keep those cows. If we drinkdesicow milk, we will become healthy and can prevent diseases, “Dilip Ghosh was quoted as saying by news agency ANI on Monday in Burdwan.

“The breeds of cows that we bring from abroad are not cows. They are a kind of ‘janwar‘(beast). These foreign breeds don’t sound like cows. Those are not ourgaumata(mother) but our aunties. not good for the country if we worship such aunties, “the Bengal BJP chief continued.

” The cow is our mother, we stay alive by consuming cow milk, so if anyone misbehaves wit h my mother, I will treat them the way they should be treated. On the holy soil of India, killing cows and consuming beef is amaha-apradh(grave crime). “

He went on to attack “intellectuals” who, he said, eat beef on the roads and “take pride in cleaning excreta of foreign pet dogs”.

“A few intellectuals eat beef on roads, I tell them, why only cows, eat dog meat too, their health will be fine whichever animal they eat, but why on roads? Eat inside your home, “said the BJP leader, addressing a gathering on the occasion of” Gopa Ashtami Karyakram “in Burdwan, about 100 km from Kolkata.

Mr Ghosh is known for shooting his mouth off.

In August, he landed in a controversy over hisalleged remarks at a public rally inciting violence against the state police and the ruling Trinamool Congress. He allegedly goaded party workers to thrash Trinamool activists and the police and warned the police he would strip them naked and beat them up.

Earlier, during the campaign for the national election, he was served notice by the Election Commission for threatening to “take off the pants” of a poll panel official who had removed a Ram Navami hoarding with his image.

(With inputs from ANI) 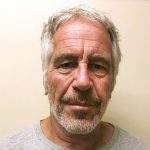 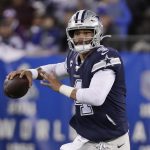