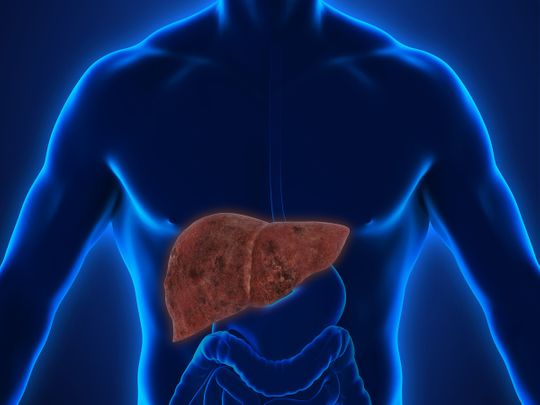 Last year, a study by researchers from Bristol University in the UK warned that the high levels of fatty liver disease among young people could be a potential public health crisis.

The researchers tested 4,000 people who were born in 1991 and 1992. At the age of 18, just 2.5 per cent of participants suffered from fatty liver disease but five years later, this figure had skyrocketed to more than 20 per cent.

“Liver disease used to affect the older population — people over 30 and 40 — but now that obesity has become a more common problem worldwide, you will see the issue in people in their twenties. Younger people won’t have the advanced form of the disease but it starts early. If you’re young it does not mean that you’re safe from the disease.”

While fatty liver disease may be an increasingly common health issue for younger people, if you catch the disease early enough and make the necessary lifestyle amendments, it is reversible.

“At the beginning of the disease, it is reversible. If you have steatohepatitis [characterised by inflammation of the liver], it is also reversible but once you develop liver cirrhosis, it is irreversible, says Dr Al Awadhi.

If you’re young, it does not mean you’re safe from the disease.

“Sometimes supplements such as vitamin E and A can help. They will give you extra help but the main treatment remains lifestyle-related.”

One of the issues with fatty liver disease is that there are initially no obvious symptoms and the disease affects a broad cross section of society. “We don’t have exact numbers for the UAE but worldwide, between 15 and 30 per cent of the population will have fatty liver disease. It is related to obesity ratios,” says Dr Al Awadhi.

“Usually, at the beginning of fatty liver disease there are no symptoms. The diagnosis depends — for example, sometimes people will come for a general check-up and when we do lab tests, we can see that there’s a disturbance in the liver function. It’s mainly diagnosed through a liver function test.

“You have to rule out other causes such as viral hepatitis, which is treatable. It’s usually asymptomatic although a patient may experience some non-specific abdominal pain, which can be attributed to other things.”

If people don’t make the necessary lifestyle improvements, such as following a healthy and balanced diet, controlling your weight and exercises regularly, fatty liver disease can develop into cirrhosis, which is more serious and also incurable, aside from a liver transplant.

“It takes some time to progress from a fatty liver to steatohepatitis, where the liver is affected by higher liver enzymes and the function is disturbed,” says Dr Al Awadhi.

Dr Al Awadhi says that it is important to get screened if you suspect that you’re at risk of fatty liver disease. He believes people should have regular health checks and that an awareness of the disease would significantly improve their chances of avoiding more serious developments of the condition.

He says that his team at Dubai Health Authority work to raise awareness of controlling diabetes and following a healthy lifestyle is the best way of protecting you from fatty liver disease.

Dr Al Awadhi adds there is a probability that new medication for treating the disease is going to be approved by the FDA in the coming months.

But if you are diagnosed with fatty liver disease, his advice remains that you should amend your lifestyle accordingly, improve your health and reverse the disease, before it is too late.

The post Is fatty liver disease reversible? appeared first on The Wealth Land.