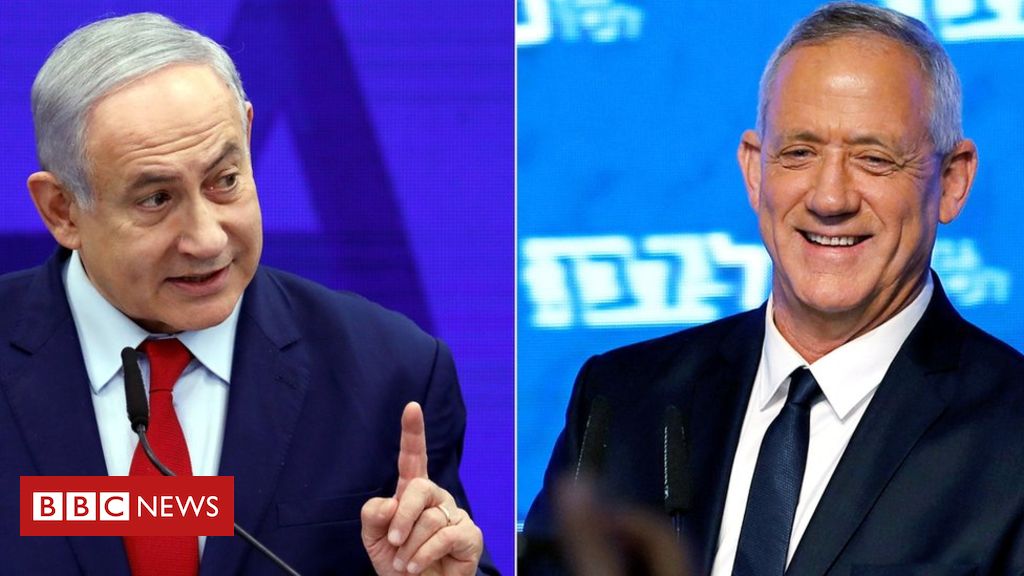 No clear winner has emerged from Israel’s election, leaving a question mark over who will be prime minister, partial official results confirm.

With just over 60% of votes counted, the party of incumbent Benjamin Netanyahu is neck and neck with that of his center-left main challenger.

The results indicate that each will struggle to form a majority coalition with smaller parties .

Mr Netanyahu is vying to stay in power for a record fifth term.

A prime minister needs to command a 61 – seat majority in the Knesset (parliament).

Mr Netanyahu, Israel’s longest-serving prime minister, has been in office for 10 Years.

The 69 year old has pledged to annex Jewish settlements and a swathe of other territory in the occupied West Bank if he is returned to power.

Palestinians, who seek a state in the West Bank and Gaza, with its capital in occupied East Jerusalem, have warned such a move will kill any hopes for peace.

Mr Gantz has not advocated any form of annexation, though his position on the creation of a Palestinian state is unclear. Like Mr Netanyahu, he has ruled out ever dividing Jerusalem.

What are the latest results?

They put Blue and White slightly ahead of Likud, with an alliance of Arab parties third, the ultra-Orthodox Shas party fourth and Yisrael Beiteinu, a nationalist party, in fifth place. The tally does not say how this translates into seats in the Knesset.

Based on these reported results, neither leader can form a majority **** without support from Yisrael Beiteinu.

That party’s leader, Avigdor Lieberman, reiterated that he would only support a government comprising both Likud and Blue and White. However, Blue and White has ruled out sitting with Mr Netanyahu in a coalition.

The prime minister is well short of being able to form a governing bloc of right-wing and religious parties that are prepared to sit with him. In fact the result leaves him in an even weaker position than he was after April’s vote.

It’s almost impossible to predict the outcome, with frenetic horse trading on the way and even the chance of parties fragmenting or politicians shifting allegiances. But as it stands, three broad themes seem among the possibilities:

In the meantime, Mr Netanyahu stays on, but watch this space. For a few weeks.

There was a muted response at Likud’s election night headquarters in Tel Aviv.

Hundreds of chairs for party supporters remained empty as activists were kept outside the hall and leaders digested the numbers.

“There is no point starting to work out a coalition based on these numbers as they will change,” Likud foreign affairs director Eli Hazan said.

But Blue and White was “cautiously optimistic” that Israel would get new leadership,spokeswoman Melody Sucharewicz told the Times of Israel.

Mr Lieberman prevented Mr Netanyahu from forming a coalition after the previous vote because he refused to back down over a longstanding dispute with religious parties over exempting ultra-Orthodox young men from military service.

However Mr Gantz could have an even more complex job to form a government, because of differences between left-wing parties. 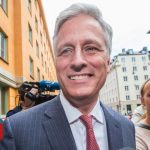 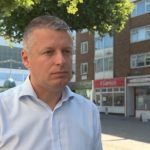