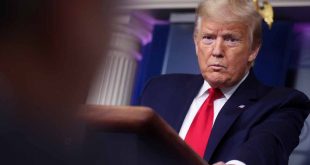 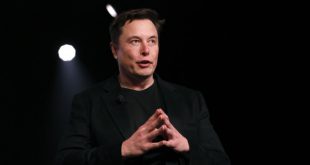 
JNU students celebrate after partial roll-back in the fee hike on Wednesday. (PTI)

New Delhi:After months of protest by students that intensified over the last few days, the administration of the Jawaharlal Nehru University (JNU) in Delhi on Wednesday announced a partial roll-back in the fee hike and assistance for students of economically weaker sections.

The decision was taken in the varsity’s Executive Council (EC) meeting, which had to be shifted outside the campus at the last moment fear agitation by students.

HRD Secretary R Subrmanyam in a tweet confirmed the development.

# JNUExecutive Committee announces major roll-back in the hostel fee and other stipulations. Also proposes a scheme for economic assistance to the EWS students. Time to get back to classes.@ HRDMinistry

The students’ union has been on a strike against the draft hostel manual, approved by the Inter-Hall Administration (IHA), which it claims has provisions for hostel fee hike , dress code and curfew timings.

Significantly, the main bone of contention – the utility charges of Rs 1, 700 that have been introduced for the first time – have not been removed or reduced.

Students News 18 spoke to after the announcement of the roll-back described it as a “lollipop” and said the protests would continue as their main demands have not been addressed.

The JNU Students’ Union on Wednesday said the strike will continue, with student activist and former union president N Sai Balaji describing the move as a “lie” and a “trap”. The protesting students have also found support from their counterparts at Pune-based Film and Television Institute of India (FTII), Banaras Hindu University (BHU), and Delhi University’s Campus Law Center.

The union said it will continue its struggle till the time the hostel manual is not be discussed with them.

JNU Teachers’ Association (JNUTA), which has also extended its support, said it was waiting for clear information and would react after it.

“If the reports are to be believed, there is no rollback but only cosmetic changes we have, in any case, said that this is not a legitimate Executive Council meeting and only a proper meeting, which considers the issue after due deliberations and discussions with student representatives, can take decisions in this regard, “said a representative, adding they do not consider the Executive Council legitimate since eight members were not present owing to the administration not informing them about the change in the venue of the meeting.

There are reports in the media that there has been a ‘major rollback’ in the fee hike for JNU, the students’ union said in a statement.

“The JNU community has received no communication whatsoever regarding this. The said EC meeting has happened without any communication or consultation.If it has passed the IHA Manual without consultation, which includes curfew timings, permission for adult students for going out for a day and regressive notions on dress code we reject it, “they said.

On the issue of the fee hike, there are unconfirmed reports that the so-called major rollback has happened only for room rent, they said.

“Our issue substantively is not just with the room rent but the Rs 1, 700 service charge, water and electricity charge which was zero and has been steeply hiked, “they said.

“The HRD secretary while announcing the so-called roll back has the arrogance to advise us to ‘go back to classes’. With the fee hike still in place students will be going out of classes and out of JNU. We reject this sham propaganda and selective usage of facts, “they said.

Thousands of JNU students on Monday clashed with police as their protest over fee hike on the varsity’s convocation day escalated. Union HRD Minister Ramesh Pokhriyal was forced to stay inside the AICTE premises for over six hours. Water cannons were used to disperse the protestors and police said some of the students were detained.

The students had alleged that the university is facing an “academic emergency” created by the administration. Reiterating their demands, they said a meeting on hostel rules be reconvened in the presence of student representatives and all “regressive parts” pertaining to clothing / timings / etc be revoked.

( With inputs from PTI)

Get the best of News 18 delivered to your inbox –subscribe to News 18 Daybreak. Follow News 18 .com onTwitter,Instagram,Facebook,Telegram,TikTokand on YouTube, and stay in the know with what’s happening in the world around you – in real time.

NEW DELHI: As India grapples with the coronavirus outbreak, Prime Minister Narendra Modi on Saturday announced that an "emergency fund" has been constituted as people from all walks of life expressed their desire to donate to the country's war against COVID-19. Appealing to fellow Indians, the PM asked citizens to contribute to the 'Prime Minister’s…