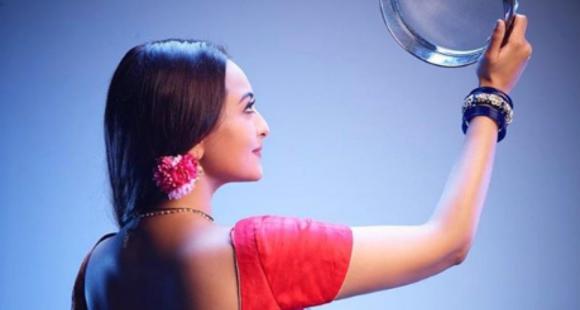 Sonakshi Sinha aka Rajjo Pandey has wished all the ladies on the occasion of Karwa Chauth 2019. Check out the latest picture of the Dabangg 2 actress. Dabangg 3 happens to be one of the most awaited movies of the year. We all know that the first two installments of the Dabangg franchise were blockbuster hits and the same has been expected from the third one too. The shooting schedule of Dabangg 3 has been wrapped up and we all are now eagerly waiting for the release of its trailer. At times, the star cast of the movie has shared glimpses from the sets on social medi too.

Sonakshi Sinhawho will be reprising her role as Rajjo in the movie, has recently shared a picture on her Instagram handle which will literally send the fans into frenzy. The Dabangg actress has wished everyone on the occasion of Karwa Chauth. Sonakshi writes, “Rajjo Pandey yaani ki Mrs. Chulbul Pandey ki oar se aap sabhi pativrata aur #Dabangg patniyo ko Happy Karwa Chauth. ”The actress looks beautiful in a blue saree as she holds up a sieve in her hand.

Talking about the movie,Salman Khanwill be reprising his role as Inspector Chulbul Pandey while Sonakshi will reprise her role as his wife. Apart from them, Arbaaz Khan, Mahie Gill, Nikitin Dheer, Nawab Shah, Saiee Manjrekar, Pankaj Tripathi and others will be portraying pivotal roles in the movie. Dabangg 3 has been produced by Arbaaz Khan, Salman Khan and Nikhil Dwivedi. It has been directed by Prabhu Deva and is scheduled to be released on December 20, 2019. ******** 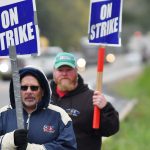