House Intelligence Committee Chairman Adam B. Schiff (D-Calif.) Indicated Monday that transcripts would be made public from the testimony of Kurt Volker, the former special U.S. envoy to Ukraine, and Gordon Sondland, the U.S. ambassador to the European Union. Both played a role in reorienting the U.S. relationship with Ukraine around President Trump’s political interests.

The White House continues to stonewall attempts by House committees to call new witnesses who could shed more light on Trump’s efforts to press for an investigation into former vice president Joe Biden and his son Hunter Biden, who sat on the board of a Ukrainian gas company.

● A US judgefast-tracks a hearingover a House impeachment subpoena to former national security aide Charles Kupperman.

● Lev Parnas, an associate of Trump personal lawyer Rudolph W. Giuliani, is willing to comply with the House impeachment inquiry, his attorney says.

“I cannot stress just how wrong this is,” Schumer said. “We have federal whistleblower laws designed to protect the identity and safety of patriotic Americans who come forward to stand up for the Constitution.

“ There should be bipartisan outrage at the public attempts by the president and a member of this body to expose the identity of a federal whistleblower, ”Schumer continued. “You don’t get to determine when our whistleblower laws apply or they don’t, whether you like what the whistleblower said or you don’t.”

11: 30 am: Majority thinks better way to remove Trump is at ballot box

A majority of Americans thinks the better way to remove Trump from office is at the ballot box next year rather than through impeachment, according to a new poll.

TheMonmouth University Pollasked Americans if they agree with the statement that “if you want Trump out of office, it makes more sense to focus on next year election rather than go through an impeachment process now.”

Fifty-nine percent agree with that statement, while 34 percent disagrees, the poll found.

Even among those who support removing Trump from office through impeachment, 39 percent agree that f ocusing on next year election provides a better opportunity to oust him, according to the poll.

The poll also found that only 24 percent of Americans think that the Republican-led Senate would vote to remove Trump from office in a trial if he is impeached by the Democratic-led House.

In a tweet, Pelosi referred to Schiff’s op-ed in USA Today as a “must read.”

“We now know that the call was just one piece of a larger operation to redirect our foreign policy to benefit Donald Trump’s personal and political interests, not the national interest, ”Pelosi quoted Schiff as writing.

Trump and his Republican allies have sought to focus attention on the rough transcript of the call, arguing that Trump did nothing wrong because he does not explicitly condition the resumption of US military aid on investigating the Bidens.

“In the past few weeks, and despite the White House’s continued obstruction, we have learned a great deal about what occurred from those with firsthand knowledge of the call , and those who witnessed the president’s actions preceding and following it, ”Schiff wrote in the op-ed.

10: 15 am: Scalise discounts Yovanovitch as an ‘Obama holdover’

According to a transcript of her deposition released Monday, Yovanovitch testified that she was the target of a shadow campaign to orchestrate her removal that involved Giuliani and Ukraini an officials suspected of fostering corruption.

Yovanovitch said that she remained worried that she would be a target of retaliation by Trump, who referred to her in his July 25 phone call with Ukraine’s president as “bad news” and someone who was “going to go through some things.”

Yovanovitch, who was nominated as ambassador to Ukraine by then-President Barack Obama in 2016, has been a member of the Foreign Service since 1986 and previously served stints as ambassador to Armenia and Kyrgyzstan in both Democratic and Republican administrations.

“She was an Obama holdover, somebody who didn’t necessarily support President Trump’s agenda,” Scalise said during an appearance on Fox News. “She wasn’t elected to be commander in chief to set our foreign policy. Donald Trump was. … He brought in somebody that was going to carry out a much better foreign policy. ”

9: 45 am: Gaetz advocates for moving several Republicans to Intelligence panel

Rep. Matt Gaetz (R-Fla.), A staunch Trump ally, said Republicans should move Jordan and other “effective questioners” to the Intelligence Committee in advance of the public hearings on impeachment.

“@ GOPLeader has full discretion to put our most effective questioners on intel for this matter,” Gaetz tweeted . “If @Jim_Jordan @RepMarkMeadows & @RepLeeZeldin aren’t moved on in favor of Republicans who have skipped a majority of the testimony, then shame on us for failing @realDonaldTrump.”

Jordan confirmed during a television appearance that he might be added to the House Intelligence Committee as it prepares to hold public hearings in the impeachment inquiry.

“ I just want to help our team, ”Jordan said. “I want to help the country see the truth here, that President Trump didn’t do anything wrong, and that what the Democrats are doing is partisan, it’s unfair and frankly it’s ridiculous.”

“My father put the transcript out. Read it, ”Trump Jr. said during an appearance on “CBS This Morning.” “Everything else is opinion. Read the transcript and make your decision from there. ”

The president has argued that therough transcript of the callshows he did nothing wrong because he does not explicitly link a request to investigate the Bidens to US military aid to Ukraine that was being withheld at the time.

During his CBS interview, Trump Jr. also took aim at Schiff for the way he is conducting the impeachment process and called him a “known hater” of his father.

8 am: Lawyer for whistleblower highlights protections advocated by Grassley

Mark S. Zaid, a lawyer for the whistleblower whose complaint sparked the impeachment inquiry, suggested Tuesday that Republicans who have called for his client to testify publicly should follow the counsel of Sen. Charles E. Grassley (R-Iowa).

A morning tweet by Zaid was aimed at two Republican senators: Lindsey O. Graham of South Carolina and Rand Paul of Kentucky.

“Perhaps @LindseyGrahamSC & @RandPaul should listen to their senior colleague,” Zaidtweeted. “He understands how & the need to protect #whistleblowers.”

Zaid attached a news story about comments made Monday by Grassley about whether the whistleblower should come forward.

Trump went on Twitter on Tuesday morning to retweet some of his previous commentary on the impeachment inquiry.

Among other things, he advocated that the whistleblower whose complaint sparked the inquiry testify publicly and complained that the media is focused on the inquiry at a time when the stock market is at an all-time high.

Trump’s Tweet on impeachment came amid other tweets urging voters to back Republican candidates in elections Tuesday in Virginia, Kentucky and Louisiana.

7: 15 am: Volker, Sondland transcripts expected to be released

House investigators are expected to release transcripts Tuesday from the closed-door depositions on Oct. 3 of Volker and on Oct. 17 of Sondland.

Sondland sought to broker an agreement that would have included Ukraine announcing an investigation of the Bidens. He testified that Trump urged him to work with Giuliani on matters related to Ukraine.

On Monday, transcripts of two other witnesses were made public: Marie Yovanovitch, the former ambassador to Ukraine, and P Michael McKinley, a former adviser to Secretary of State Mike Pompeo.

House Republicans are considering installing Jordan, a fierce Trump ally, on the Intelligence Committee at a key juncture in the impeachment proceedings, according to two GOP aides familiar with the dynamics.

The move would have to be approved by the full House when it comes back into session next week.

The GOP aides requested anonymity to share private deliberations about the panel, whose top Republican is Rep. Devin Nunes (R-Calif.).

Jordan, the ranking member of the Oversight and Reform Committee, would provide a powerful voice for Republicans as the Intelligence Committee starts to hold public hearings, the

It remained unclear which Republican currently on the committee would be bumped if Jordan is added.

At the direction of the White House, two more Trump administration officials are planning to skip scheduled depositions Tuesday.

They are Michael Duffey, associate director for national security programs at the Office of Management and Budget, and Wells Griffith, an energy adviser at the National Security Council.

Duffey was allegedly involved in approving orders to hold bac k nearly $ 400 million in congressionally approved military aid for Ukraine. Griffith took part at a key meeting at the White House with Ukrainian officials in July.

Schiff offered a preview of upcoming public hearings and defended the use of closed-door depositions inan op-edpublished Tuesday by USA Today.

“Americans will hear directly from dedicated and patriotic public servants about how they became aware that US foreign policy had been subverted for the president’s personal political interests, how they responded and how the president’s scheme jeopardizes our national security, ”Schiff said in the piece.

He also noted that he had resisted calls for an impeachment inquiry for more than a year.

“But the Founders who devised our government understood that someday, a president might come to power who would fail to defend the Constitution or would sacrifice the country national security in favor of his own personal or political interests, and that Congress would need to consider such a remedy, ”Schiff wrote. “Tragically, that time has come.”

5 am: Williams, special adviser to Pence, expected to testify Thursday

Jennifer Williams, a special adviser to the vice president for Europe and Russia, is expected to testify Thursday before House lawmakers, according to an official working on the impeachment inquiry.

Williams, a career Foreign Service officer, is the first person from Vice President Pence’s office to testify before Congress. She’s scheduled for the same day as former national security adviser John Bolton, who has indicated that he will not attend the hearing.

Williams joined the vice president’s staff this spring and accompanied Pence to Warsaw in early September where he met with Zelensky to discuss nearly $ 400 million in military aid that had been mysteriously put on hold by Trump.

Williams’s testimony should offer the first insights into what Pence knew about the hold on the Ukrainian funds and efforts by Trump and his personal lawyer Rudolph W. Giuliani to pressure the Ukrainians to investigate Joe and Hunter Biden.

In his meeting with Zelensky, Pence conveyed the news that the US aid to Ukraine was not going to be released amid concerns about the country’s lagging efforts to combat corruption. But officials close to Pence insist that he was unaware of Trump’s efforts to press Zelensky for damaging information about Biden and his son, who had served on the board of an obscure Ukrainian gas company, when his father was overseeing U.S. policy on Ukraine.

Williams should also shed light on Pence’s decision not to attend Zelensky’s inauguration in May – an event White House officials had pushed to put on the vice president’s calendar – when Ukraine’s new leader was seeking recognition and support from Washington.

Fiona Hill, who served as the White House’s top expert on Russia and Ukraine until July, testified earlier that Trump ordered Pence to cancel his trip to Kyiv for the inauguration. A delegation led by Energy Secretary Rick Perry went in Pence’s place. 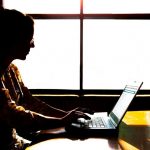 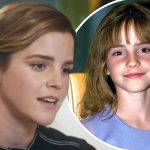