BHOPAL: With the Kamal Nath government teetering on the edge, the mood was grim but combative at the Congress legislative party meeting at chief minister Kamal Nath’s residence.
Sources said Nath has said they will fight on, and dare BJP to a floor test. Former PR minister P C Sharma claimed the resignations are fake. “Don’t worry. Picture abhi baki hai,” he said. According to sources, former minister Sajjan Singh Verma is flying to Bengaluru on Tuesday night.
Sources said 94 party MLAs and four Independents attended the meeting along with Rajya Sabha MP Digvijaya Singh. Discussions went on for more than two and half hours.
After the meeting, deputy Speaker Heena Kavre said, “We have been asked to stay united and fight together. The situation may be adverse but no one should have any fear. A senior party leader has betrayed us. ”
Asked about Jyotiraditya Scindia , she said, “Jyotiraditya Scindia will not be discussed in Congress meetings any more. There was no talk about Scindia. He has been expelled from primary leadership of the party.” Outside the chief minister’s residence, emotions ran high. Congress workers shouted slogans in favor of Nath and against Scindia. At the party HQ, some of them ripped out Scindia’s nameplate and crushed it underfoot.
MLA from Kala Peepal constituency and state Youth Congress president Kunal Choudhary said Scindia has “betrayed every Congress worker who fought for Congress during years of BJP rule.
Congress leaders kept up a fighting front. “We will prove our majority on the floor of the House. All these resignations, the MLAs were told, is to pressurise for Rajya Sabha nomination,” said state Congress media department chairperson Shobha Oza after the CLP meeting. 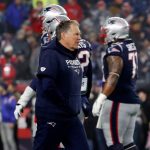