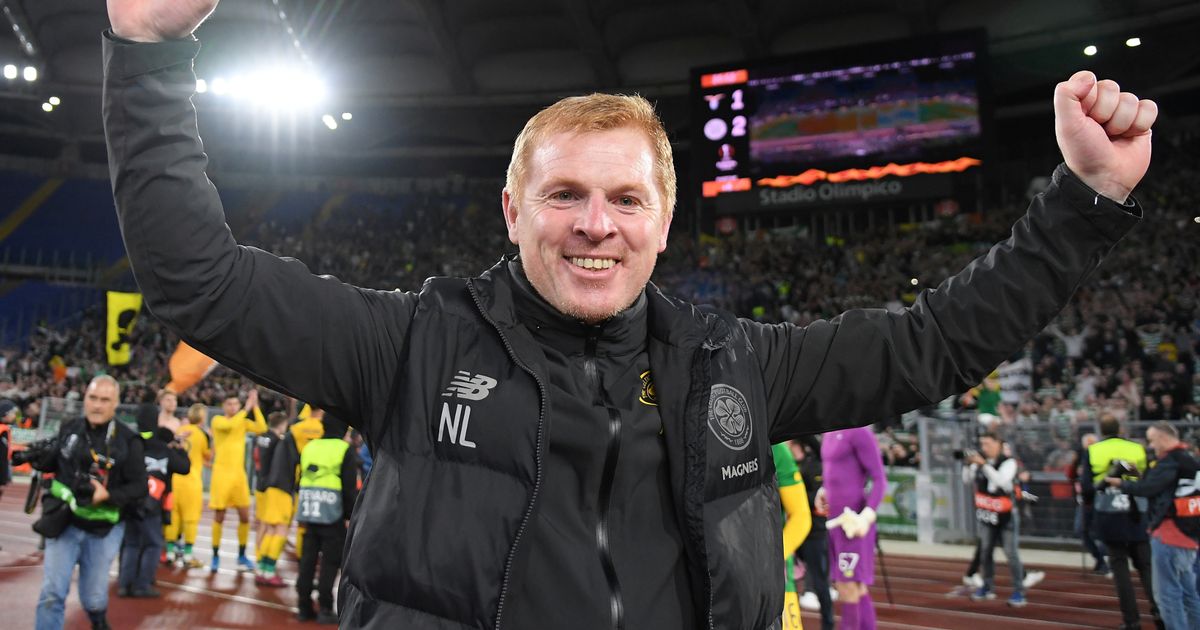 The Celtic manager was bursting with pride after his team’s magnificent success overLazioin the Stadio Olimpico soared them into the last 32 of the Europa League.

Lennon placed the sensational Rome triumph just behind his beating of Barcelona exactly seven years previously in terms of personal highlights as he saluted a wonderful show from his troops.

Olivier Ntcham’s unforgettable injury-winner backed up aJames Forrestcracker to clinch a first-ever Hoops win in Italy and the boss said: “I’m so happy and so proud of the team, not just winning the game but the way they played the game and the character and bravery they showed and real quality.

“This team keeps setting new boundaries for itself. It’s a historic night and the scenes at the end is something that will live with me for ever.

“To come here and be as good as that and to have qualified after four games is unheard of for Celtic in Europe.

“It’s an amazing night for the team and the club. To beat Barcelona was a great achievement by that team and a great for the club, but this is almost on a par. It’s just behind it.

“The performance pleased me more than anything. If we had drawn, I would have been delighted. But to cap it off with a brilliant goal is just special.

“James has again come up with a huge goal, the timing and the finish. He was brilliant and he’s such an important player for us this season as he has been for the last 10 seasons and I fancied Oli to score. I thought he’d dink it.

“I’m delighted for him because he’s been in and around the team after his ankle injury. But he showed his class and has written his name down in the history of the club now with that goal. ”

Lennon had heroes all over the park, but added extra words for his magnificent captainScott Brownwho lead the troops superbly.

He said: “He is one of the most significant players in Celtic’s history.

“Certainly in the last 20 years, he’s a modern-day great. A legend.

“People talk of him retiring. Well there is no way. There is much more to come in the next 18 months and he is one of the finest captains in the club’s history.

“You see his performance there and that is the embodiment of what Scott Brown means to Celtic.”

Lennon turned to the Main Stand where his partner Irene was celebrating with Rod Stewart at the winning goal amongst a 9, 000 – strong traveling support who went crazy at Ntcham’s winner.

He smiled: “I had family and friends here in the stadium. When we scored at the end I was looking up to them and members of the board because I know what it means to them and ever yone associated with the club.

“I don’t know if Rod had just left by that point, but I think I could see a few of his pals still there going ballistic. But I then looked up behind the goal at the supporters. To send them home as happy as we are just means so much. ”

Two of the punters who made the trip were injured by stabbings and the boss added:“ I hope the fans who are attacked are all right.

“I have heard they’re stable and we wish them well. We’ll maybe get something to them or, if we get the chance, go and see them. I just hope they’re okay and get home safe.

“It was an unbelievable turnout from the fans and they made so much noise inside the stadium.”

Lennon wanted to savor the win, but says his team will stay strong in the remaining two matches, despite having secured their place in the last 32.

He said : “I don’t want anyone to cast aspersions on me or the club and it’s important for the coefficient of Scottish football that we maintain the standards.

“ We made it clear to the players we wanted them to come through the group and they’ve done that. To do it after four games is pretty special, but we’re not going to rest on our laurels. ” 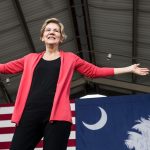 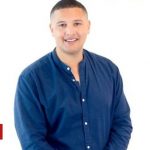