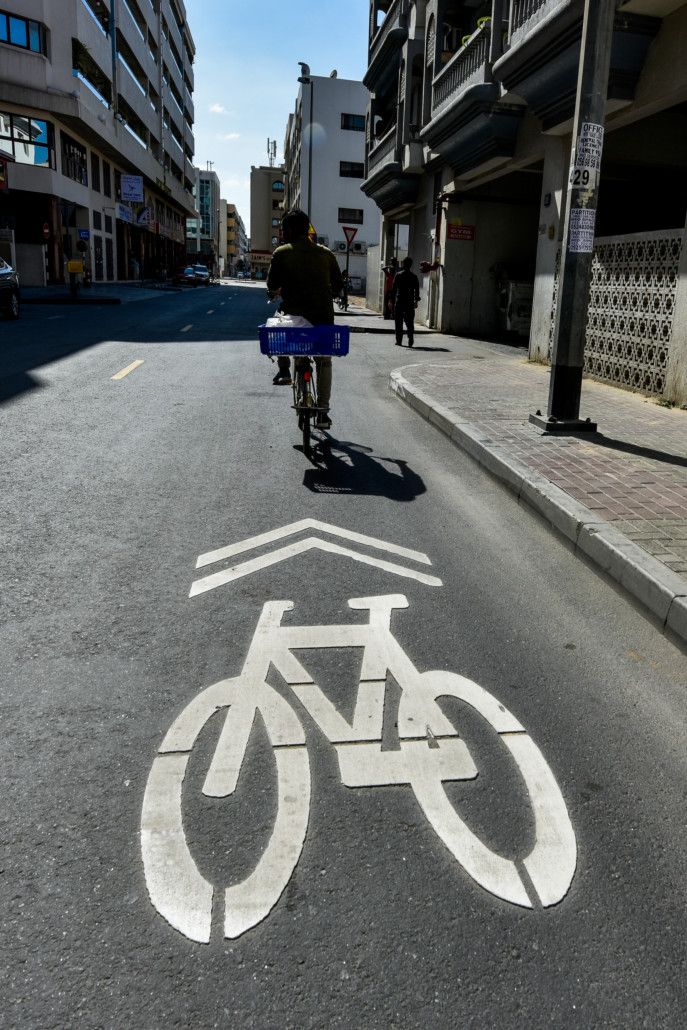 Dubai: Cyclists in Dubai’s crowded Al Karama area are pedaling easy as new road signs and lane-markings are directing them and motorists, where the two-wheeled commuters can navigate safely.

Cyclists said the signs and markings have made it easier and safer to pedal or cross streets. Karama is a busy area where it is common for cyclists to pedal between shops or deliver goods and services to customers.

Speed limits on the roads in Karama where cycling is allowed do not exceed 40km/h; some roads are 30km/h. These are regular roads and different from the dedicated cycle-only tracks purpose-built in other areas of Dubai, such as like Saih Assalam, Bab Ashams, Al Qudra, Mushrif, Mirdif, Al Khawaneej and Dubai Water Canal, as well as along several streets such as Jumeirah, King Salman Bin Abdul Aziz Al Saud, Al Mankhool Streets. 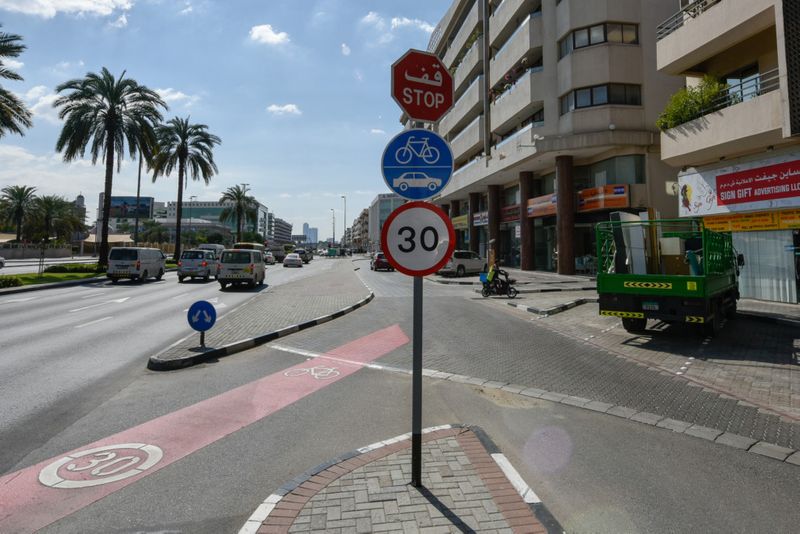 Dubai’s Roads and Transport Authority (RTA) says on its website, www.rta.ae, that constructing cycling tracks is part of RTA’s “master plan for the provision of dedicated cycling lanes spanning the entire Emirate”.

In Al Karama, cyclists said, the signs and markings started appearing a few weeks ago.

“Previously, some cars would honk at us to give them way or not wait at pedestrians crossings to allow us to go to the other side. Now, after these signs, we’ve noticed greater cooperation and understanding of the rules, from both cyclists and motorists,” said Ashok, who works at Mustafa Ebrahim Mustafa Laundry, which delivers and picks up customers’ clothes on cycles.

“Also, there are now accessibility ramps on the footpaths, making it effortless to bring up or take down cycles between the footpath and the road. What I’ve also noticed are new lights at the crossings that flash, indicating there is a crossing here, as an added way of drawing the attention of motorists, besides the sign and marking itself. We’re really happy at all these enhancements, they have made our work so much easier.”

Cycles are used to deliver a variety of items such as clothes, food, groceries and documents.

Faisal, who works in Elite Grill Restaurant and Cafeteria, said the signs and markings have also dispelled misconceptions that some cyclists had, that they could cycle in both directions on one-way roads or pedal away on pavements for shortcuts.

“The new signs and markings are easy to follow for both motorists and cyclists, it improves road safety and convenience for everyone. Our cyclists who deliver food feel both empowered and more respected on the roads now,’’ added Faisal.

Look Before You Ride: Some Do’s & Dont’s