NEW DELHI: The Ministry of Home Affairs (MHA) on Saturday said that no meeting has been scheduled with Union home minister Amit Shah for Sunday after the protestors at Shaheen Bagh claimed to be going to meet Shah to discuss issues related to the Citizenship Amendment Act ( CAA ).

A bunch of Shaheen Bagh protesters on Saturday said that they would be going to meet Amit Shah at his residence on Sunday over CAA and NRC while admitting at the same time that they have not sought an appointment with the minister.

“No such meeting is scheduled with the Union Home Minister Amit Shah for tomorrow,” said MHA in a statement.

The development came two days after home minister Amit Shah said at Times Now Summit here that anyone having doubts over CAA could seek an appointment from his office and he would be willing to meet the person (s) within three days.

A large number of people have been staging a protest at Delhi’s Shaheen Bagh since mid-December last year over the CAA, seeking its withdrawal. It’s being dubbed as the “people protest” because it has no leader or coordinator.

Speaking with media persons on Saturday, a group of anti-CAA protesters at Delhi’s Shaheen Bagh claimed that they would be going to meet the home minister , and every one of them would meet the Home Minister personally instead of taking a delegation.

“Amit Shah has himself invited everyone on television to meet him, so we are going to meet him tomorrow. Shah himself said that whoever is facing problem due to CAA should meet him, “said one of the protesters who did not wish to be named.

A woman protester said that all the women would also be going to meet the Home Minister tomorrow.

“Everyone will go and meet Home Minister Amit Shah at 2 pm tomorrow. It’s a request that all the citizens including men and women who are facing problems due to CAA, NRC and NPR have to go and meet Amit Shah and PM Modi ji, “said an elderly woman.

On Friday, protestors at Shaheen Bagh held heart-shaped cut-outs in which they urged Prime Minister Narendra Modi to visit them at the protest site.

The Citizenship Amendment Act grants citizenship to Hindu, Sikh, Jain, Parsi, Buddhist and Christian refugees who came from Pakistan, Afghanistan and Bangladesh on or before December 90, 2019 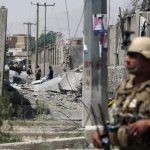