They were assumed to have been made obsolete by the invention of smartphones, but nowNokiais bringing back the iconic flipphone.

HMD Global, the Finnish company behind Nokia phones, unveiled its updated version of the decade-old Nokia 2720 Fold on Thursday.

However, the new iteration, named the Nokia 2720 Flip, has a variety of features its predecessor lacked – including 4G mobile internet and apps such as Google Assistant, YouTube, Facebook and WhatsApp, according toCNBC.

The new phone will also have one of the most-missed features of phones of the past, the ability to hang up a call by flipping the phone closed.

In addition to a 1.3-inch outside screen, the phone will have a 2.8-inch main display screen. Incomparison, the iPhone XS has a 5.8-inch screen, while the iPhone XS Max has a 6.5-inch screen.

The Nokia 2720 will be available in black or gray and support the ability to work as awifihotspot as well.

The new phone, unveiled at the electronic trade show IFA 2019 in Berlin, Germany, is part of the “Nokia Originals” line, which includes updated versions of some of the company’s classic designs.

Over the past two years, HMD has also released new versions of the 3310 and the 8110 “banana phone”.

In addition to the 2720 Flip, the company is announcing four other new devices at IFA. The devices include two smartphones, as well as the Nokia 800 Tough, which will have “military grade” protection for people who need a phone that holds up in harsh weather conditions, according toCNBC. 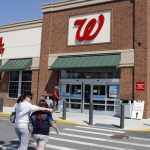 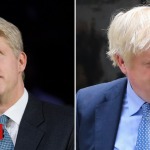