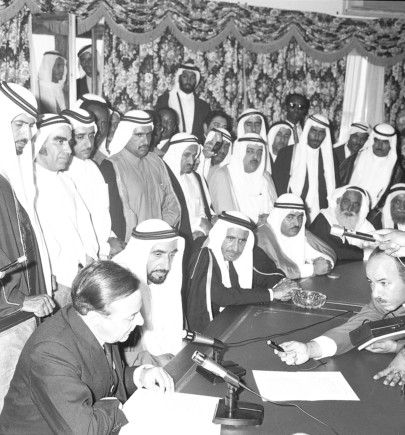 Dubai: A new exhibition ‘Photographs in Dialogue UAE – 1971 – UK’ will trace the diplomatic relationship between the United Kingdom and the UAE in the 1960s and 70s, in the lead up to the foundation of the UAE in 1971, it was announced on Sunday.

The exhibition will bring together stories of leaders and officials from both countries as they worked together on plans to end the UK’s formal presence in what was previously known as the Trucial States, which led to the birth of the UAE.