NEW DELHI: Prime Minister Narendra Modi on Thursday signalled a major push to boost investments in the country and capture a part of the supply chain that is expected to move out of China as global corporations look to diversify their production base in the aftermath of Covid – 2019.
Modi discussed strategies to attract investments with his top ministerial colleagues, paving the way for a comprehensive strategy paper to be formally cleared by the cabinet in the coming weeks .
The meeting comes days after the PM spoke about the need to make India self-dependent following supply lines for crucial drugs, electronic goods and chemicals getting affected in February when production around Wuhan, the source of the novel coronavirus , was disrupted.
Although the government had been working on a “China plus One” strategy for the past few months, it has gathered momentum amid signals that countries will also encourage their companies to look at manufacturing facilities outside the Asian giant.
In fact, countries such as the US are already working to accelerate this drive, with secretary of state Mike Pompeo stating on Thursday that the Trump administration was trying to “mesh the supply chains that both countries (India and the US) have access to”, especially in areas crucial for national security.
A sharp increase in wages in China had already prompted many MNCs to look at alternative bases for production and India was seeking to tap into the rush. The global rethink about China being the dominant source of supply in the wake of outrage over its links to the virus has expanded the potential opportunity.
A key theme of the plan will be a plug-and-play model in industrial estates that has been in the works for several months, a facility that will allow investors to identify potential sites for locating a plant. The department for promotion of industry and internal trade is putting in place a GIS-based platform, which currently covers around a dozen states, allowing investors to decide their location.
A single-window platform is being put in place to allow for all central as well as state clearances with an electronic tracking and monitoring system. “While portals are already in place, the technology issues are being sorted out,” an official said. In the Budget, the government had also announced an investment clearance cell, which is a step in this direction.
In addition, the government is looking to provide additional financing, an official statement said, with officials suggesting that the money will be used to create new estates and economic zones on the lines of Dholera and Greater Noida, which are part of the industrial corridor.
Further, sources said, the PM and ministers discussed the possibility of leveraging the comparative advantage that states have and a renewed attempt at Center-states partnership. So Himachal Pradesh, Uttarakhand and Gujarat, which have a pharma base, can be leveraged to attract more investment in the sector. Similarly, UP, which has emerged as a base for electronics, can also be used for agro-based industries. 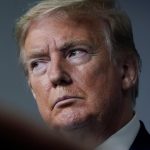