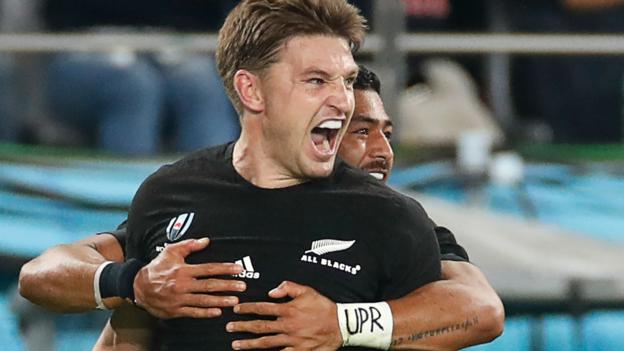 England overcame Australia in emphatic fashion to set up a World Cup semi-final against New Zealand on Saturday.

But Eddie Jones’ side will not be getting ahead of themselves just yet after watching their opponents do a demolition job on Ireland.

Standing in England’s path is one of the toughest challenges in world sport, beating the All Blacks – and doing it on the grandest stage of all.

So how big is the task facing England? And what should they expect from the two-time defending champions in Yokohama next weekend?

A vintage All Blacks performance

The narrative, perhaps wishful thinking, before the tournament wasthat New Zealand were beatable,not the same side that won back-to-back World Cups.

Ireland contributed to that ideal by beating the All Blacks twice in the past three years, while Steve Hansen’s side also lost to Australia this summer and were held by Rugby Championship winners South Africa.

But they appear to be peaking at the right time.

New Zealand passed their first test in their opening match of the tournament, seeing off second-favorites South Africa 23 – 13, and swatted away Ireland on Saturday with ruthless efficiency.

The All Blacks scored seven tries for the third time in the history of the knockout stages – they are the only side to have scored seven beyond the pool stages – and did so having shared the possession equally with Ireland.

The difference was the speed in which they recycle the ball, and the pace and skill of both the backs a nd forwards gives them a clinical cutting edge.

New Zealand made a massive 461 meters with the ball to Ireland’s 251, 13 clean breaks to their opponent’s two, beat 29 defenders compared to 11 and made more offloads than their Irish counterparts (

New Zealand coach Hansen was impressed by his side’s fitness after they scored a late try despite going down to 14 men.

” We’ve worked really, really hard on it, “he said. “Nic Gill is one of the better people in the world at strength and conditioning and we pride ourselves on working hard.

” Both the defense and the attack were good. “

The All Blacks top the charts across the tournament, too.

Despite seeing their final pool match against Italy cancelled because of Typhoon Hagibis, they have scored the most points (203), most tries (29) and made the most clean breaks (84) of any team in the competition.

Hansen has also played down the idea his side lack experience in the backs – with centers Jack Goodhue and Anton Lienert-Brown and wing George Bridge all 24, and Sevu Reece only 22.

“A lot of our guys have been involved in championship-winning teams in Super Rugby and in big moments and that’s why you select them,” added Hansen .

“Their enthusiasm, excitement and ability to play the game in a formula is really important.”

The brilliance of Beauden Barrett

Whether deployed at fly-half or full-back, Beauden Barrett is a sensation.

The two-time World Player of the Year put in a man-of-the-match performance at 15 against Ireland that saw him make more carries (21) than any other New Zealand player in the history of the World Cup.

His first-half try took his total tally for the All Blacks to 35, more than any other current New Zealand player, and the 28 – year-old also set up younger brother Jordie with a pi n-point pass to cross late on.

It came in a week the Barrett brothers – Beauden, Jordie and Scott – lost their grandfather.

“It’s been an emotional week for my family,” said Beauden. “We wanted to play well for him. Thinking of you up there, love you, Grandad Ted.”

A vintage display from Barrett was complemented by the tempo-setting half -back pairing of Richie Mo’unga and Aaron Smith, with the scrum-half diving over for two first-half tries.

Savea’s team-high 14 tackles helped contribute to New Zealand’s total of 130, compared to Ireland’s 108, while the All Blacks also won almost twice as many turnovers. ( – 9)

“We’re working really hard to get set, that allows us to make those tackles,” explained Savea.

“Back to the drawing board I guess on Monday. It’s going to be another toughie against England as well. We look forward to that. “

He was joined in the New Zealand pack by the returning Brodie Retallick, who only played 30 minutes in the pool stage but has 78 caps in the bank and is a former World Rugby Player of the Year.

Savea, Sam Cane and co will pose a huge test for England’s young flankers Tom Curry and Sam Underhill – the ‘Kamikaze Kids’ who underpinned England’s victory over Australia by winning the battle against David Pocock and Michael Hooper.

H istory on All Blacks’ side

Think of England facing New Zealand at the World Cup and most – at least those old enough – will remember a Jonah Lomu- inspired All Blacks side running in six tries on the way to a 45 – 29 victory in the 1995 semi-final.

England have faced their Kiwi counterparts three times in total in the competition, and lost each time.

Back in this century, and New Zealand head into Saturday’s semi-final having won two World Cups on the bounce and without a defeat at the tournament since they went out to France in the last eight (years ago.) ******* 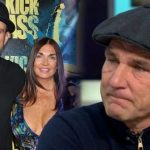 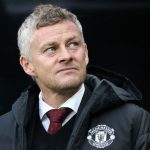