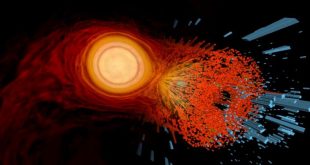 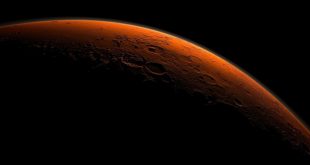 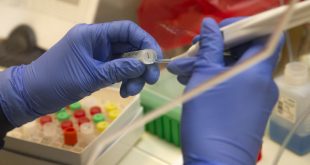 An artist’s impression of X-ray emissions from a black hole binary system.

Scientists in Pune and Kanpur have identified how X-rays emitted by the accretion disk around black holes vary in frequency, a statement issued on Thursday said. A team of scientists from the Inter-University Center for Astronomy and Astrophysics (IUCAA), Pune and the IIT-Kanpur studied X-ray emissions from a black hole binary (a black hole and a star orbiting each other) GRS ( Using the Indian Space Observatory AstroSat Launched by ISRO.

“With this research, we have able to identify the origin of widely-known X-ray variability in black hole systems as the time taken by pressure waves to travel through the accretion disk. In our future research projects, we will work on the theoretical models which could explain the physical process involved here, ”Divya Rawat, a PhD student at IIT-Kanpur, and part of the investigation team, said. Accretion disk is a disk of slowly spiralling gas formed by matter from a star falling into the black hole.

The scientists analyzed data from the Large Area X-ray Proportional Counter (LAXPC) and the Soft X-ray Telescope (SXT) instruments, which were both developed in TIFR Mumbai. Using the unique capabilities of these instruments, they were able to estimate simultaneously the frequency of the oscillation, the inner accretion disk radius and the accretion rate, which is the amount of matter going into the black hole per second.

Professor Ranjeev Misra (IUCAA) said, “For many years, scientists have observed that X-ray emissions from black hole systems vary rapidly and sometimes nearly periodically, which implied that they must be modified by General Relativistic effects due to the strong gravity of the black hole. It has been frustrating that we have not been able to concretely match the predictions of the theory and identify the nature of the variability. I am happy that AstroSat has been able to make this important breakthrough by identifying this variability with the General Relativistically modified sound crossing time, ”he said Thursday.

The inner regions of the disk produce X-rays, which sometimes vary in time as oscillations, whose frequencies must correspond to a characteristic timescale of the system. Due to proximity of the black hole, these timescales should be modified by Albert Einstein’s General Theory of Relativity. These oscillations may be associated with different physical phenomena and the theory predicts how their frequency would change with the inner disk radius.

The scientists found that the frequency varies with the inner radius and accretion rate in the same manner as the dynamic frequency i.e. Inverse of the time taken by sound waves to travel from the inner radius to the black hole, as predicted four decades ago by the General Relativistic theory of accretion disks. This identification paves the way to make such systems laboratories to test General Relativity.

Professor JS Yadav (IIT-Kanpur), who retired from TIFR Mumbai in 2020, was the principal investigator of the LAXPC instrument during its space qualification tests, calibration and launch. He said, “It is very challenging and time consuming to develop a world-class space instrument in India. But if the instrument performs with high precision as planned, it is very satisfying and well worth all the risks undertaken. I am very happy that now we have been able to demonstrate this important result using our own satellite, which was not done earlier by other space observatories. This result underlines the importance of future Indian science space missions, ”he said.

For all the latest

Previous Dh400 fine for driving slow in the fast lane in Abu Dhabi
Next If this Texas student doesn't cut his dreadlocks, he won't get to walk at graduation. It's another example of hair discrimination, some say – CNN, CNN 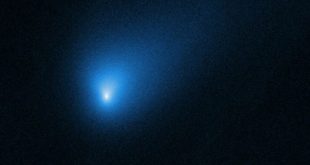 CO Detector — It's very rich in carbon monoxide. Eric Berger - Apr 20, 2020 9:04 pm UTC Enlarge / An image of interstellar comet  2I/Borisov,Comets are essentially time capsules. Most formed during the early days of our Solar System, amid the disk of dust and gas around the Sun. The majority of this dust…