Ali Meyer livestreamed her first mammogram with other women in mind. The veteran journalist was wary of “making herself the center of the story,” she remembers, but she wanted to remind people to schedule their own appointments – so they could catch breast cancer early.

Then a nurse came in to say the radiologist would prefer to see Meyer with the camera off.

In private, the radiologist told Meyer she would need more imaging. At 40 years old, she realized, she might have cancer.

She turned the camera back

Meyer’s project for Breast Cancer Awareness Month last October turned into a far more sobering call to action than she anticipated. Her followers watched as her additional imaging revealed telltale signs of cancer and as Meyer – still in journalist-mode – took notes and made sure she got her questions in. They listened to Meyer report the biopsy results that confirmed her fears.

This week, viewers of KFOR in Oklahoma, where Meyer anchors a morning show, also heard her deliver the happy ending. A year after a devastating diagnosis that led to surgery, Meyer’s second mammogram showed she was cancer-free.

It was the finale to an intensely personal journey Meyer says she’s ultimately glad she shared. She says that knowing thousands were watching helped her “keep herself together” – and that the stories that poured in from other women surrounded her with empathy.

And she’s done what she set out to do : communicate that even women far younger than the typical breast cancer victim should get regular mammograms.

“If I’ve maybe opened up a few eyes… then mission accomplished,” she told The Washington

Meyer knows how easy it is to feel invincible. A year ago, she said, she figured that with no family history of breast cancer and no major risk factors, her Facebook followers were in for a uneventful medical checkup.

She arrived with few nerves .

“It’s kind of an exciting day for me,” she said near the beginning of her first livestream, smiling as she filmed herself in a mirror. “I hope everything goes well.”

Her optimism persisted even after that off-camera conversation with the radiologist, Meyer said. She knew lots of women have to get follow-up imaging. It could be nothing. ”I put my big girl face on,” she told The Post.

But the pictures that followed didn’t look good. She broke the news to her family later that day, cried and waited for the biopsy.

Her next Facebook Live update was tearful: she had non-invasive ductal breast cancer, which carries a high survival rate, but she would probably need a mastectomy.

“I interviewed surgeon after surgeon, and they all said the same thing,” shewrotelater.

Staff at Stephenson Cancer Center recall shock just like Meyer’s at the turn the public awareness stunt had taken.

“My heart just sunk because I never in a million years expected it not to be a quick and easy story about your first mammogram,” Claire Turmelle, the center’s marketing coordinator, recounts in KFOR’s segment from this week.

Surgeons last December removed Meyer’s right breast, they were able to save the nipple. She told to her followers, too, even posting a picture her the nipple to Instagram. She says she wished she’d had more images when she was making decisions about her surgery.

Then, last month, she went in for a second mammogram, so nervous this time she could barely follow staff’s instructions not to breathe as they got their images. Her heart pounded as they examined the left breast that she jokes she now treats “like a diamond.” She thought she might faint.

But she was cancer free, she says. She couldn’t wait to share. 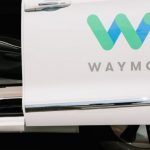