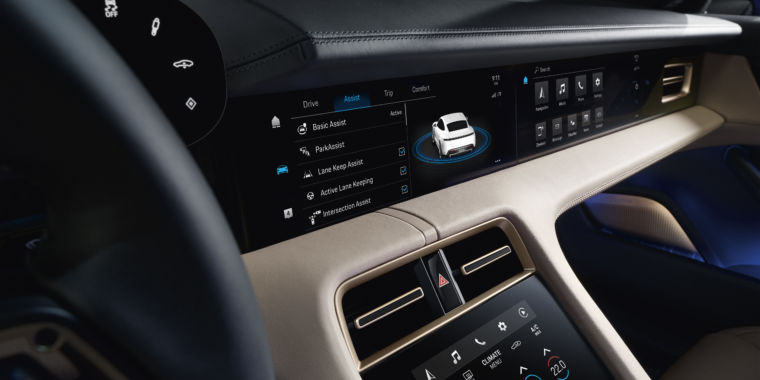 The primary controls for operating a car are the same today as they were a hundred years ago. We push one foot pedal to speed up, another to slow down, and turn a hand-operated wheel to steer our direction. Over the years,people have suggested joysticks or other radical replacementsfor controls, but none has proven superior to wheels and pedals. However, when it comes to our other interactions with automobiles, the past decade or so has seen quite the change within our car interiors. The high-definition, multicolored glitz of the consumer electronics world has proliferated throughout the industry, replacing dials and buttons withTouchscreens. Whether that’s an entirely good thing is up for debate.

It mightall be infotainment’s fault. In the old days, there were just car stereos. You turned a knob or pushed a button to listen to the radio, inserted some kind of physical media, and if you were really fancy, maybe there were some sliders to change the EQ settings. Soon, small digital screens were appearing in our cars’ center consoles, built-in alternatives to the suction-cupped GPS units that all of a sudden rendered the road atlas a thing of the past. Those screens grew and became more capable, so there was more need to interact with them. Dedicated physical buttons have given way to jogwheels, scroll- and touchpads, and then the touchscreen.

One problem with all of these additions is that they can be a distraction from driving.Taking your eyes off the road is bad, and touchscreen interfaces are generally not conducive to developing “eyes-off” muscle memory, especially if they lack haptic feedback. It’s not that touch interfaces are inherently bad, but they do let designers get away with shipping poor user interfaces.

“The problem is that the touchscreen gives people a lot more flexibility in how they would create an interface, which can really quickly lead to complexity, “said Mark Webster, director of product at Adobe and an expert on the use of voice in UI and UX design. “What was so fascinating to me about the Navy decision [to replace touchscreen bridge controls following two collisions] was that, I am sure if you look at that interface, it’s very complicated. So it really probably isn’t the touchscreen. That is in and of itself the problem, “he said.

“If you use a touchscreen in a car that is complicated, it’s distracting and not a good experience. But something like Apple CarPlay, or Android Auto, that is bringing in an interface that you’re really familiar with, that feels natural, intuitive, that you’re used to dealing with on your phone all the time. That’s actually a place where I think the design of that interface in a touchscreen works really well for that, “Webster said.

What happens when there are no more drivers?

A steering wheel and pedals might have gotten us this far, but that may not hold true for the coming decades, as autonomous vehicles begin working as robotaxis in specific geofenced markets. And that’s prompting people to rethink how we — as self-loading cargo — interact with those cars. “The driver has always been the center of the car. Once the cars will not need to be driven, then of course, that takes away a big part of what needs to be operated in the vehicle,” explained Gil Dotan, CEO of Guardian Optical Technologies.

“The next challenge would be to how you operate a vehicle when you’re not necessarily sitting in the front. vision for us is to enable passenger-aware vehicles — basically create some kind of awareness between the car and the passengers. And that you can only do once you have a good understanding of who’s in the car and what is the context of what the people And then you can create an interface which is much, much more proactive, which is much more suggestive, “Dotan told me.

If the idea of ​​your car knowing your emotional state seems highly dystopian, it will be of little comfort to know thatdemo systems that can do exactly thatwere on display at CES in January.

BMW’s 2018 iNEXT concept car hadone of the most interesting interiorsI’ve seen of late. I’m not referring to the carpeted seats, nor the screens and center console that look plucked from a trendy hotel — although I am a fan of those aspects, too. Specifically, it thought of new ways for back seat passengers to interact with the car. A projector could beam displays onto different surfaces, and touch sensors underneath the seat fabric let you trace commands and gestures as inputs.

BMW has been anearly advocateof gestures, and you can use them tocontrol the volume or take phone callsin some of its newer cars. “I think gestures are an important part of good interface design. I think there’s always a learning curve, to get users to understand what is possible — three-finger taps, two-finger taps, pinching and zooming. That’s all stuff we needed to learn to interact with a touchscreen on a phone. So gestures will bring along with them a whole other set of UI / UX conventions that we as the design industry both need to establish but also communicate to the user, “Webster told me.

Like Webster, he also recognized the potential challenges of designing an intuitive, gesture-based UI. “For basic things like no and yes, it’s quite easy to understand. The more you go into subtleties, the more it becomes challenging, and it has variations between cultures and geographic regions,” Dotan said. 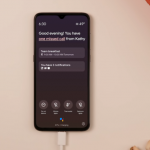 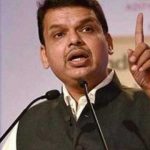