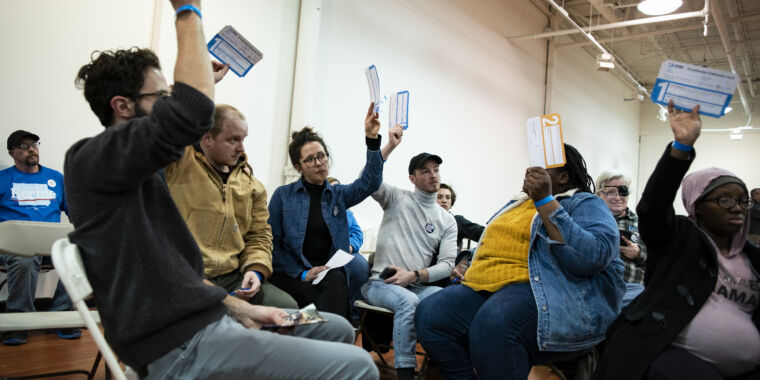 “This is not a hack or an intrusion,” a party official says.

The Iowa caucuses are the first official event of the race for the Democratic nomination. Traditionally, results from the Iowa caucuses start being released shortly after the meetings wrap up around 9 PM Central Time. But people who tuned in to see the results this evening were disappointed, as technical glitches delayed the release of results by hours. As I write this around midnight Central Time, there are still no numbers available.

It’s not yet clear exactly what’s happened, but early indications suggest that technical problems with the Democratic Party’s reporting system are to blame. In particular, a new smartphone app for precincts to report back to party headquarters apparently isn’t working properly.

A caucus isn’t like a normal election where the candidate with the most votes wins. Instead, voters at each precinct site hold a meeting to select delegates to represent them at county and state meetings of the Democratic party. Voters back delegates who support their preferred presidential candidate, so votes for delegates are effectively votes for presidential candidates. But the distribution of voters at each precinct site can impact who gets the most delegates.

Traditionally, the Iowa Democratic Party has only reported how many delegates each candidate got. But this year, in an effort to increase transparency, the party planned to also gather and publish data about how many voters supported each candidate.

But that effort seems to have backfired, as the complexity of this data-gathering effort has overwhelmed the party’s infrastructure.

“We found inconsistencies in the reporting of three sets of results,” an Iowa Democratic Party spokeswoman said in late statement on Monday evening. “In addition to the tech systems being used to tabulate results, we are also using photos of results and a paper trail to validate that all results match and ensure that we have confidence and accuracy in the numbers we report.”

“This is simply a reporting issue,” she added. “The app did not go down and this is not a hack or an intrusion. The underlying data and paper trail is sound and will simply take time to further report the results.”

reported on Monday afternoon that officials were struggling to use the app.

“Four Democratic county chairs told Bloomberg News that some precinct chairs told them that they were unable to download or log in to the phone app, “Bloomberg’s Tyler Pager wrote.

As a backup to the app, the Iowa Democratic Party set up a phone hotline for precinct officials to call and report results. But that phone line appeared to be overwhelmed on Monday night. One official that he had been on hold for more than an hour waiting for his turn to report the results from his precinct.

So far, all indications suggest that technical glitches have merely delayed reporting of results — not compromised the integrity of the election. But Alex Halderman, a computer security expert at the University of Michigan, told the (New York Times) on Monday evening that the fiasco illustrates the risks of conducting an actual election online. West Virginia’s legislature, for example, just passed legislation allowing disabled voters to vote on a smartphone.

“If this had been an election conducted by phone, or online, that would have been a major disaster,” Halderman told the Times. “We might never know the results and would have had to re-run the entire contest. This is an urgent reminder of why online voting is not ready for prime time. ” 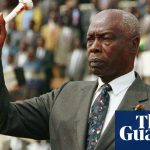 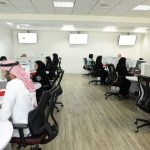