The author of the column , whose identityhas remained a secretfor more than a year, has also writtena tell-all bookthat will publish this month – and Assistant Attorney General Joseph H. Hunt wants proof that the writer is not bound by a government nondisclosure agreement.

Either that, Hunt wrote in the letter, or the book’s publisher and the author’s agents should turn over the official’s employment information: where in the government the person worked, and when he or she worked there. If the official had access to classified information, Hunt warned, the book should be “submitted for pre-publication review.”

The book has been billed as the behind-the- scenes sequel to the searing column, which described a White House in dangerous disarray and an internal “resistance” force that sought to thwart Trump’s “misguided impulses.” The Times identified the author only as “a senior official in the Trump administration whose identity is known to us and whose job would be jeopardized by its disclosure. ”The book will list the author as“ Anonymous. ”

The letter – addressed to Carol Ross at the publishing company Hachette Book Group and literary agents Matt Latimer and Keith Urbahn of Javelin – was part of the agency’s “routine fact-gathering process,” said a Justice Department official.

But Latimer denounced Hunt’s request as an attempt to “intimidate and expose the senior official who has seen misconduct at the highest levels. ”

“ Our author knows that the President is determined to unmask whistleblowers who may be in his midst. That’s one of the reasons A WARNING was written, ”said Latimer, referring tothe book’s title.

In a response to Hunt, Ross wrote that her firm has “made a commitment of confidentiality to Anonymous and we intend to honor that commitment.”

“Hachette respectfully declines to provide you with the information your letter seeks, ”she wrote.

Ross also said the publishing group“ is not party to any nondisclosure agreements with the US government that would require any pre-publication review of this book, and Hachette routinely relies on its authors to comply with any contractual obligations they may have. ”

Trump was apoplectic when the op-ed first published. He reacted privately with“volcanic” anger, called the author “GUTLESS”on Twitterandquestionedwhether the person had committed treason.

“The Times must, for National Security purposes, turn him / her over to government at once!” The president wrote the day the column came out. The **** refused to do so.

Aboard Air Force One later that week, Trumptold reportersthat the Justice Department should open an investigation into the author because of unspecified national security concerns

“We’re going to take a look at what he had, what he gave, what he’s talking about, also where he is right now, ”he said at the time.

The White House did not respond to questions about whether the agency’s latest efforts were part of that, or any, directive from Trump.

When the column published, in September 2018, the writer’s identity was the subject of feverish national speculation.Inside the White House, aides analyzed language patterns, trying to identify the author or the part of the administration where the

A flood of denials ensued: Vice President Pence, Secretary of State Mike Pompeo, Treasury Secretary Steven Mnuchin and former ambassador to the United Nations Nikki Haley were among the top officials who rushed to assure Trump that they weren’t behind the column.

Most rejected the author’s claims and said the person had only one option left: leave the White House.

Josh Dawsey and Devlin Barrett contributed to this report. 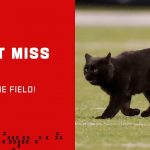 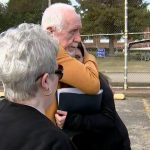