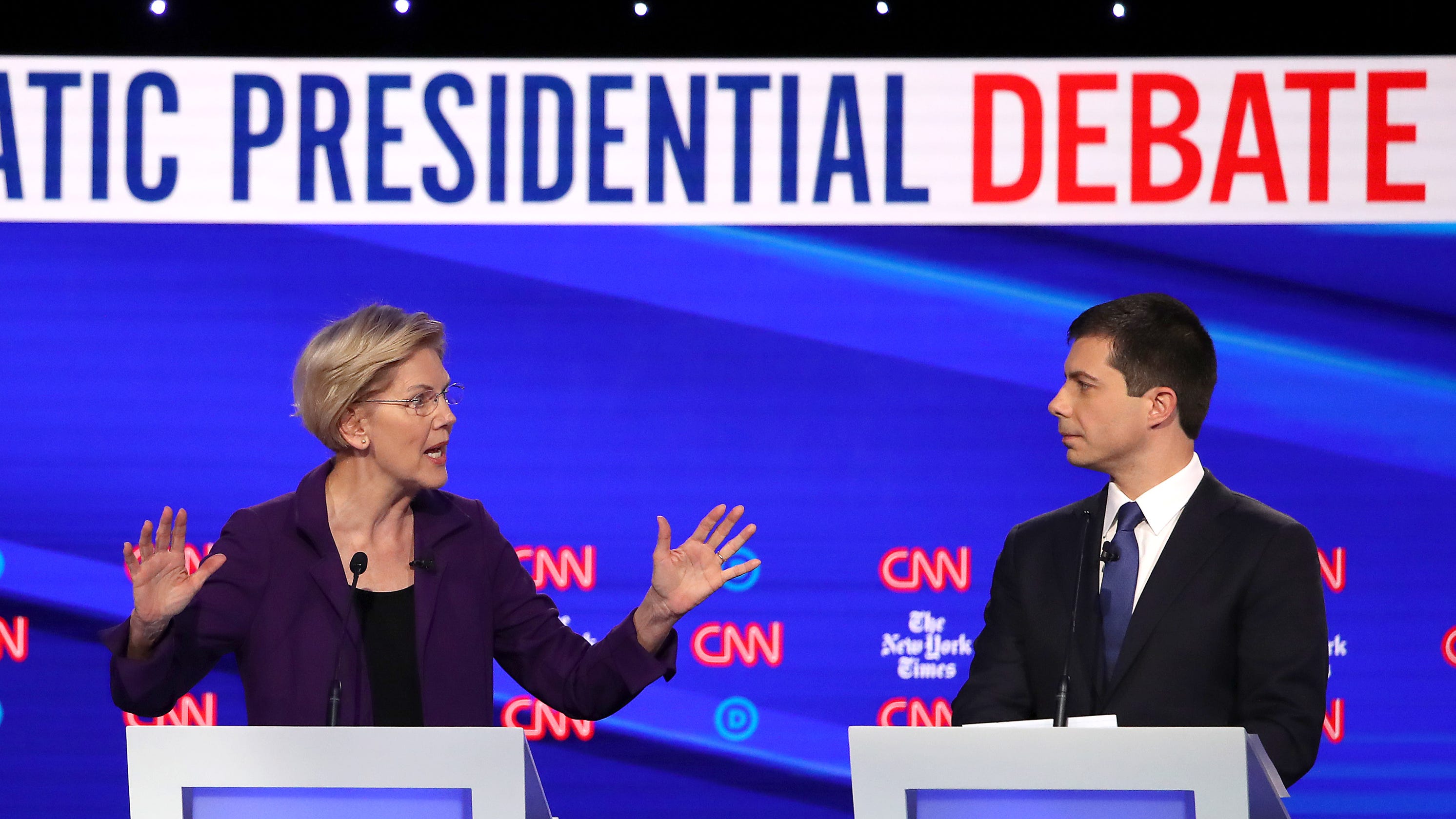 Debate winners and losers, Warren on the defensive, and what we’re watching for before the next Democratic debate.     Hannah Gaber, USA TODAY

National polls still show Joe Biden with an edge over the rest of the Democratic presidential field, but the folks most intensely attuned to the contest – that would be the rivals competing for the nomination – were targeting Warren Tuesday night atthe fourth of the Democratic debates.

Flattering, perhaps, but a focus that she never had to handle in the previous debates, and one that sometimes put the Massachusetts senator on the defensive as she dodged questions about whether her Medicare-for-All plan would result in higher taxes on the middle class and if her proposed “wealth tax” could fly.

“I understand that this is hard, but I think as Democrats we are going to succeed when we dream big and fight hard, not when we dream small and quit before we get started, ”Warren declared. Minnesota Sen. Amy Klobuchar responded with a pointed “reality check” on Warren. “I’m sorry, Elizabeth,” Klobuchar said, although she didn’t really sound sorry. “I think we need to be honest here and tell the American people where we’re going to send the invoice.”

The debate didn’t fundamentally shape or reshape the Democratic race, perhaps something not even a forum that stretched for more than three hours could do. But the more frontal challenges to Warren on various issues by almost everyone else – Klobuchar, South Bend (Ind. ) Mayor Pete Buttigieg, New Jersey Sen. Cory Booker, former Texas congressman Beto O’Rourke, California Sen. Kamala Harris, Hawaii Rep. Tulsi Gabbard, entrepreneur Andrew Yang – came amid new questions about whether Biden could be deposed as the medium alternative to the party’s liberal heroes, Warren and Ver mont Sen. Bernie Sanders.

And Sanders had a prize in his pocket that could boost him, rather than Warren, among voters on the left. During the debate, he teased that he would have a“special guest” at a campaign rally in Queenson Saturday. That turned out to be New York Rep. Alexandria Ocasio-Cortez, asThe Washington Postquickly reported, one of the party’s most influential young liberal voices.

All of the presidential candidates arrived on stage at Otterbein University in Ohio with things to prove: Biden about his family’s ethics. Sanders about his personal health. Warren about her political electability. Andthe other contenders, now polling in single digits, about whether they could break through – in some cases, whether they could even qualify for next month’s debate, where the thresholds on fundraising and poll standing get higher.

And when the debate was over

Sanders didn’t slow down.That was an issue in the wake ofthe heart attackthat the 78 – year-old suffered a little more than two weeks ago on the campaign trail, prompting doctors to insert stents in his heart. He showed more flashes of humor than usual. When Booker noted that Sanders supported medical marijuana, Sanders joked, “But I’m not on it tonight.”

The political landscape for the debate was defined by this core question: Which candidate would be best able to defeat President Trump? That was the case Biden repeatedly tried to make for himself. He touted his age as a sign of wisdom and his experience as invaluable. “I’m the only one on this stage that has gotten anything really big done,” he said, citing the Violence Against Women Act and other legislation he helped enact while a senator from Delaware.

That got Warren’s attention. In the wake of the Great Recession, she noted, she had been instrumental in creating the Consumer Financial Protection Bureau, an idea she said skeptics had dismissed as unrealistic. Biden jumped in, saying he had rounded up votes for it. “Let’s get that straight,” he said.

Warren made it clear that wasn’t how she saw it. Speaking slowly and with deliberation, she replied: “I am deeply grateful to President Obama, who fought so hard to make sure that agency was passed into law.”

Sanders fired back at Biden, too. “I say this as a friend,” he said, “but you got the Iraq war done.”

Biden vs. Warren:Two rivals debate whether party should strive for pragmatism or sweeping change

The stage was crowded with a dozen Democrats, the biggest debate to date, sponsored by CNN and (The New York Times. Warren scored an overwhelming win by one measure: Who got the most time to speak, in large part because the moderators repeatedly gave her time to respond to attacks. In the end, she spoke for close to 23 minutes, far longer than Biden, a distant second at about 16 – 1/2.

Which seems only fair. After all, she is, apparently, the new frontrunner. 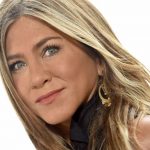 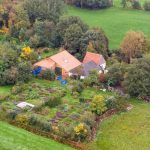