Mauricio Pochettino saw Tottenham’s season take another body blow as they crashed out of the Carabao Cup.

Colchester hero Tom Lapslie struck the winning spot kick to spark wild celebrations at the Community Stadium as the home fans could not believe their eyes after a famous giant killing.

Colchester’s merry band of rejects and nearly men put up one hell of a fight to defy Tottenham for 90 minutes and, remarkably, Pochettino’s men created very little during the 90 minutes and rarely looked like winning it.

It was a case of hanging on for Colchester but no-one can take anything away from John McGreal’s giant killers and one of the most famous nights in the club’s history.

It is another serious blow for Pochettino’s season as they have made an indifferent start in the Premier League which already leaves them ten points behind leadersLiverpool.

They also blew a two goal lead and drew at Olympiacos last week in the Champions League and Pochettino does not look happy after a frustrating summer in the transfer market.

Pochettino even started the season by stressing how important it was for him to win silverware this season after five years in charge at White Hart Lane.

Now another chance has gone with the Carabao Cup as they were semi finalists last season but fell at the first hurdle this time.

Pochettino did make ten changes – keeper Paulo Gazzaniga was the only survivor – but the reality was the team was still packed with internationals and enough quality to win the game.

Instead, Tottenham’s players lacked desire and intensity and, as they trudged off at the end, you could even see Eric Dier say “embarrassing” to team mate Victor Wanyama after a devastating blow.

Dele Alli steered one shot wide, Lucas Moura had a free kick blocked but Spurs – who gave debuts to Troy Parrott and Japhet Tanganga – did not really get going until Heung-Min Son, Christian Eriksen and Erik Lamela came on as substitutes.

Kyle Walker-Peters saw a cross hit the post and Alli and Lucas both made half hearted penalty appeals but, while Colchester never looked like scoring themselves, their brave rearguard action barely gave Spurs a look-in.

As the time ticked down towards penalties, you kept expecting Spurs to nick something but with center halves Luke Prosser – a former Tottenham trainee and lifelong fan – and Tom Eastman were magnificent throughout while Courtney Senior never stopped running in midfield.

Colchester took it straight to penalties after 90 minutes and, from the moment Eriksen missed the first spot kick, Spurs looked vulnerable and they have not won a game away from home since May and their Champions League semi final at Ajax.

Lamela, Alli and Son were on target for Spurs while Luke Norris, Frank Nouble, Paris Cowan-Hall scored for Colchester.

Jevani Brown’s panenka-style penalty was easily saved but still Spurs could not grasp the lifeline as then Lucas crashed his penalty against the bar.

It left Lapslie with the all-important fifth penalty and he struck it with no fear to complete Colchester’s incredible win. 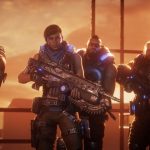