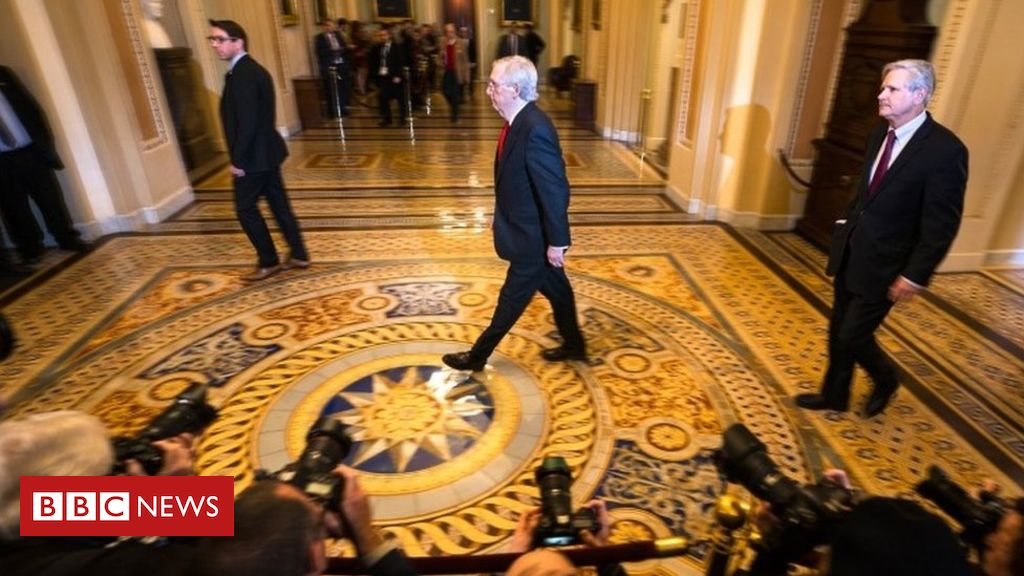 The Senate impeachment trial of US President Donald Trump has begun, with Democrats and Republicans wrangling. over the rules.

The Democrats say this will be no less than a cover-up.

Mr Trump is charged with abusing his presidential power with leverage over Ukraine, and of obstructing Congress as it looked into his conduct.

He denies all the charges.

Senators have taken oaths to act as impartial jurors, hearing arguments for six hours a day, six days a week in a trial presided over by the US Chief Justice, John Roberts.

It is only the third time in US history that a president is facing an impeachment trial and it is unclear how long it will last. BBC North America reporter Anthony Zurch er says the chances of a conviction in the Republican-majority Senate are slim to none.

What were the opening manoeuvres ?

They have been as partisan and feisty as expected.

The Senate majority leader wants ground rules that block subpoenaing key witnesses or documents as the sides make their case.

In his opening statement, Adam Schiff, the House Democrat leading the impeachment case, said most Americans “do not believe there will be a fair trial. They don’t believe the Senate will be impartial. They believe the result is pre-cooked “.

He said Mr McConnell wanted the trial to” go away as quickly as possible “, adding:” It’s completely backwards, trial before evidence. “

Mr Trump’s Republicans have been looking to shorten the trial as much as possible. The president’s legal team had earlier demanded he be immediately acquitted, calling the trial “a dangerous perversion of the Constitution”.

Mr McConnell had proposed condensing the opening arguments from three days to two, backed by the president’s lawyers.

But after a meeting with senators, including some Republicans, Mr McConnell agreed to three days for opening arguments.

Democrats had complained Americans would be kept in the dark.

Democrats said the president would “rather discuss anything other than what he actually did.” Votes on trial rules could take place later on Tuesday, including on whether witnesses such as former National Security Adviser John Bolton can be called.

But several days of procedural tangles are expected.

What are the charges?

First, the president is accused of seeking help from Ukraine’s government to help himself get re-elected in November.

It is claimed that, during a call with Ukrainian President Volodymyr Zelensky, he held back military aid in exchange for an investigation into Hunter Biden – the son of Mr Trump’s political rival, Joe Biden, and a former member of the board of Ukrainian energy firm Burisma.

The second allegation is that, by refusing to allow White House staff to testify at the impeachment hearings last year, Mr Trump obstructed Congress. The Senate is hearing the case as the Democrat-led House voted to impeach Mr Trump on (December.) 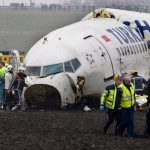 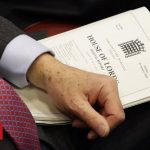