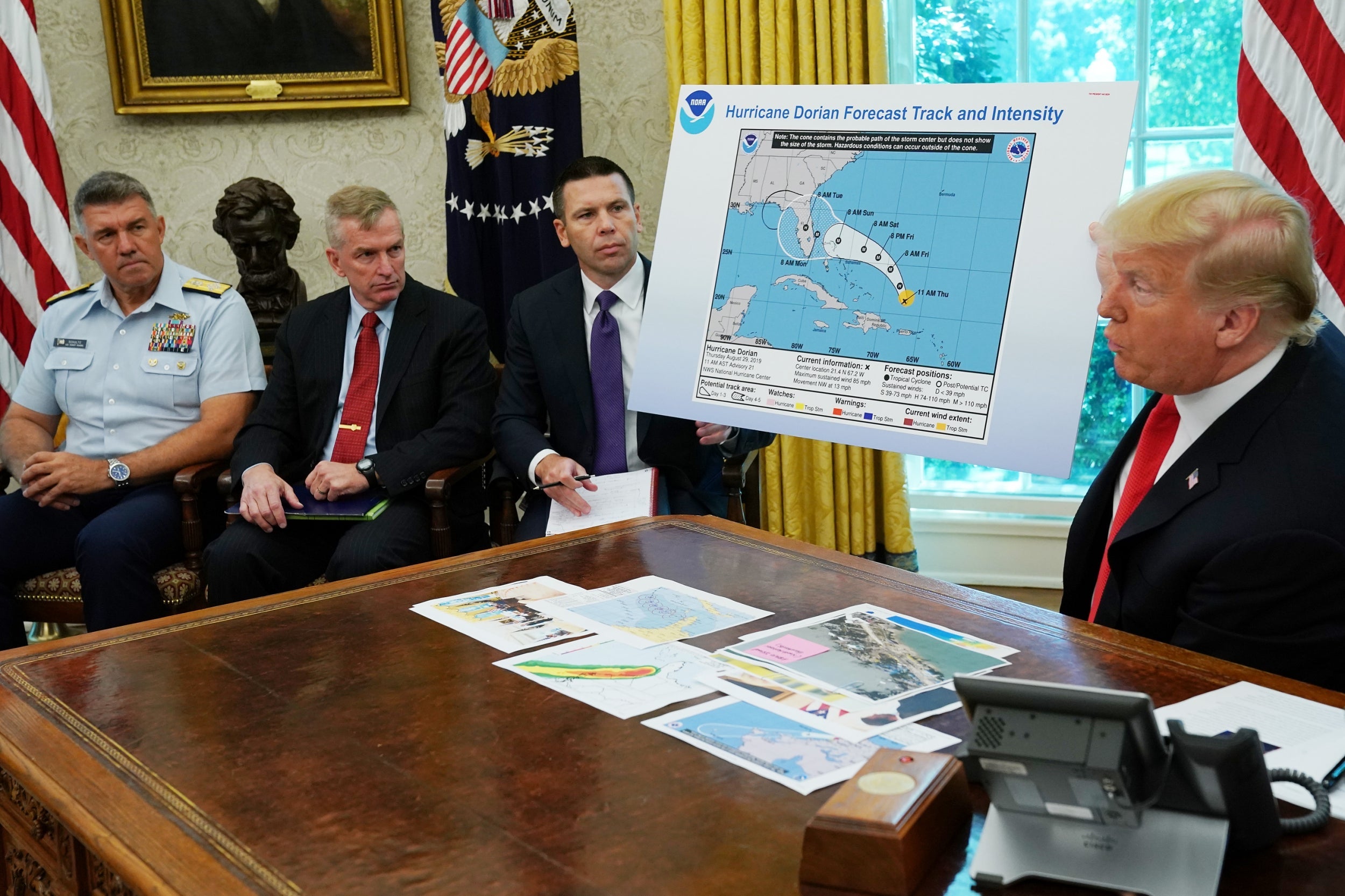 Donald Trumpreportedly ordered a Coast Guard rear admiral to give a statement in which he effectively took the blame for the US president’s misleading claims about the chances of a hurricane striking Alabama.

Mr Trump has repeatedly and falsely claimed he was right to say Alabama would “most likely” be struck by the record-breaking storm, which has alreadydevastated much of the Bahamas.

He even went so far as showing reporters on Wednesdaya doctored weather map, which featured the projected path of Dorian with an additional sharpie-drawn line around a corner of the southern state.

“I showed the President the official National Hurricane Center forecast, which included the ‘cone’ that projects the potential path of the eye of the storm,” Mr Brown said, in apparent reference to the map which was later altered.

“While speaking to the press on Sunday, September 1, the President addressed Hurricane Dorian and its potential impact on multiple states, including Alabama,” Mr Brown continued. “The President’s comments were based on that morning’s Hurricane Dorian briefing, which included the possibility of tropical storm force winds in southeastern Alabama.”

“In fact, from the evening of Tuesday, August 27, until the morning of Monday, September 2, forecasts from the National Hurricane Center (NHC) showed the possibility of tropical storm force winds hitting parts of Alabama. ”

Mr Trump had claimed on Sunday in a tweet that Alabama would “most likely be hit harder than anticipated” by Hurricane Dorian, before later adding during a briefing the state would “get a piece” of the storm.

On 4 September, Mr Trump told journalists he did not know who doctored the map –Bloombergreported he did it – before claiming “all” models gave Alabama a “95 per cent chance probability ”of being hit.

Although some early models suggested Alabama had a chance of being in the hurricane’s path, there is no evidence the NHC or other forecasters were by 1 September predicting Alabama would be struck by Dorian.

“There was absolutely not ever a 95% chance that Alabama would get hit, let alone ‘pretty hard’ or ‘in all cases,’ ‘Brian McNoldy, a tropical cyclone researcher at the University of Miami, toldPolitifact.

In fact shortly after Mr Trump’s tweet, the National Weather Service, which oversees the NHC, issued a statement saying there Alabama would see “no impacts from Hurricane Dorian”.

Late on Friday morning, Mr Trump tweeted: “The Fake News Media was fixated on the fact that I properly said, at the beginnings of Hurricane Dorian, that in addition to Florida & other states, Alabama may also be grazed or hit.

“They went Crazy, hoping against hope that I made a mistake (which I didn’t). Check out maps. This nonsense has never happened to another President. Four days of corrupt reporting, still without an apology. there are many things that the Fake News Media has not apologized to me for, like the Witch Hunt, or SpyGate!

“The LameStream Media and their Democrat partner should start playing it straight. It would be so much better for our Country!”

The NWS did not comment when asked for clarification about Mr Brown’s comments. 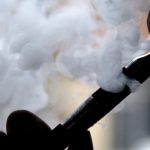 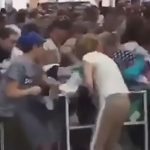