Dubai: Chilly weather and thick fog blanketed most parts of the UAE on Saturday morning.

The National Center of Meteorology has issued a red alert in internal and coastal parts of the country, including parts of Abu Dhabi, Dubai, Sharjah, Ajman, Ras Al Khaimah, and Umm al Quwain.

The alert warns of low visibility. The weather condition that started at 6:20am will be seen up to 10:00am.

Foggy conditions were reported early morning in many areas.

The NCM has said that the weather in general, across the country, will be mostly sunny and “partly cloudy to cloudy and hazy especially the westward. “

UAE will see a slight rise in temperatures. Maximum temperatures in the country will be 25-29°C in internal areas, 24-28 °C in coastal areas. It will be cooler in mountainous areas with temperatures up to 12-17 °C.

The sea along UAE’s coastline will be moderate to calm. 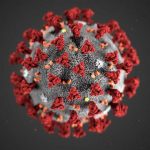 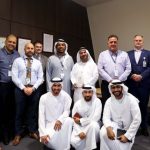