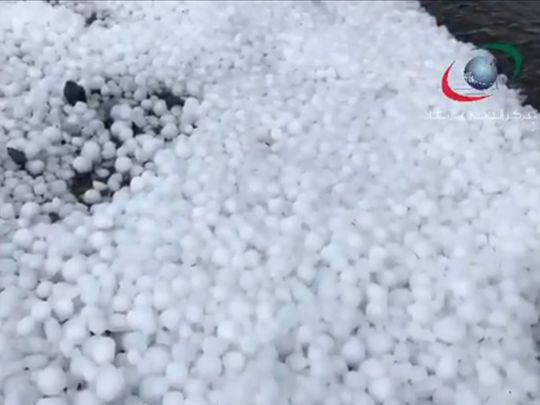 It’s going to be a cold and rainy weekend for UAE residents, accompanied by lightning and thunder. It is also expected to hail in some parts of the country.

According to the National Centre of Meteorology (NCM), the weather is expected to be unstable until Saturday.

Currently, across the UAE the skies are looking cloudy with lightning, thunder and a chance of rainfall of varying intensities all across the emirates.

The next few days are expected to be similar.

Temperatures across the UAE are at around 17 °C.

It rained today in parts of Sharjah, Abu Dhabi and Ajman.

The NCM issued a yellow warning in western coastal areas and Abu Dhabi due to cloud activity and strong winds.

Throughout the day, winds are expected to repeatedly blow with a speed of 20 – 35 km/hr, reaching 50 km/hr

Due to such conditions, the sea is also expected to be very rough.

The weather is expected to stabilise as next week approaches. Sunday and Monday are predicted to have cloudy skies and light rainfall in some parts.