UAE weather: The worst of the rain may have passed, but will we now see snow in the mountains?

Dubai: Strong winds and heavy rain that brought with it thunder, lightning and hail across the UAE on Thursday and Friday will ease slightly by Saturday night, but Sunday brings with it scattered showers and a significant drop in temperature that could result in freezing rain and snow over the mountains, according to the National Centre of Meteorology (NCM).

Caution sign for driver during rain from RTA.Photo: Sankha Kar

It comes after snow was already reported in the Tabuk region of Saudi Arabia close to the border with Jordan in the west of the Kingdom on Friday.

Hail was also reported in other parts of the region like Alexandria in Egypt, with snow storms in Lebanon and Syria,

Back in the UAE, light to moderate rain across the country intensified to heavy downpours particularly in western parts of the emirates on Thursday night. Hail, thunder and lightning was also reported in Abu Dhabi and the Al Dhafra region.

Friday saw lighter rain but strong winds reaching highs of 70-km/hr, especially in coastal areas where seas were rough with wave heights of up to nine foot.

The lowest temperature recorded was 7.7 degrees Celsius up Jebel Jais in Ras Al Khaimah at 1.30am on Friday morning, where incidentally roads were also closed leading to the mountain, due to rain on Thursday night. However, generally temperatures have ranged between 24-28 degrees Celsius in the interiors, 23-27 on the coast and 13-17 in the mountains during the day. Humidity is moderate at 35-45 per cent reaching 85 on the coast and 80 inland.

A number of events were also cancelled due to the adverse weather conditions including the 10-day cultural festival in Dubai Al Shindagha Days that was meant to start on Thursday but will now kick-off from Monday.

“The situation will remain the same until tomorrow [Saturday] evening, and then calm down. However, there will be scattered rain on Sunday also,” an NCM official told Gulf News on Friday.

The spokesperson confirmed that the NCM were taking advantage of the clouds to cloud seed and prompt more rain to ensure water security, raising water levels in aquifers and reservoirs, and replenishing crops ahead of the UAE’s harsh arid summer.

“We have done five cloud seeding flights from yesterday [Thursday],” the official said. “We started around five or six pm because we knew there were clouds moving towards the country. More cloud seeding is expected until tomorrow [Saturday] and our weathermen are always on standby.”

Explaining the current weather system, the official said, “Since yesterday, cold air is descending towards the UAE from the western region and the Red Sea. Right now both the upper air and surface have low pressure. And, when the cold air mass reaches the UAE and there is low pressure, it helps to generate clouds.” 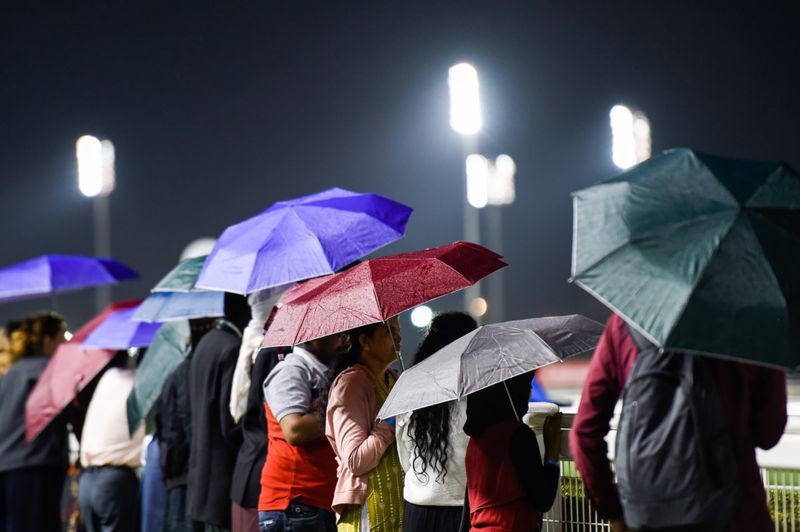 Rain will continue in scattered areas especially over northern and eastern coastal areas on Saturday with a chance of thunder and lightning. Clouds will decrease gradually by evening with northwesterly winds of up to 60-km/hr prompting rough sea conditions. 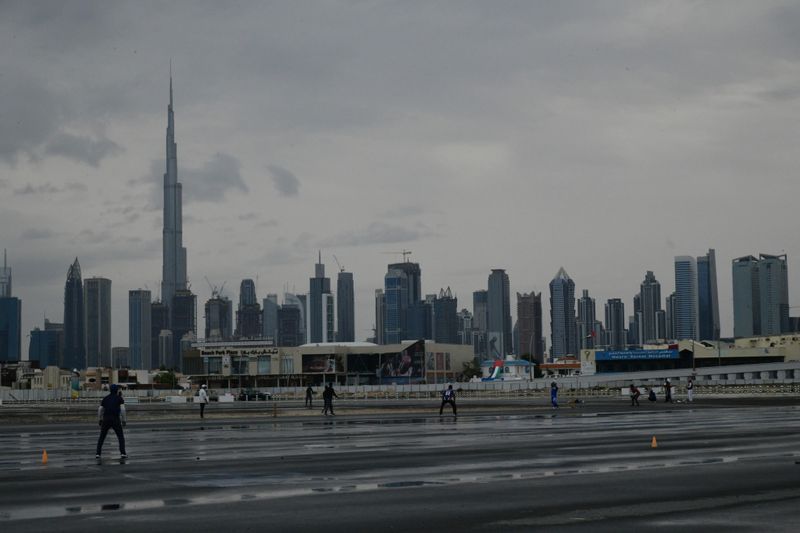 This will ease on Sunday with partly cloudy conditions resulting in some rain over northern and eastern coastal areas with a significant drop in temperatures and the probability of freezing rain and some snow on mountaintops. Wind speeds will drop to highs of 55-km/hr but seas could become very rough particularly in the Arabian Gulf.

On Monday and Tuesday it will be partly cloudy to cloudy over the islands, coastal and eastern areas with a probability of light rain during the day. Northwesterly moderate winds will reach 40-km/hr amid moderate sea conditions.

Throughout this period of unsettled weather police across the emirates are warning motorists to drive carefully due to reduced visibility, water puddles and flooding. Abu Dhabi Police even had a helpline to report fallen trees and street lamps, while Dubai Police urged drivers to pull over and stop for a while if conditions get too bad. 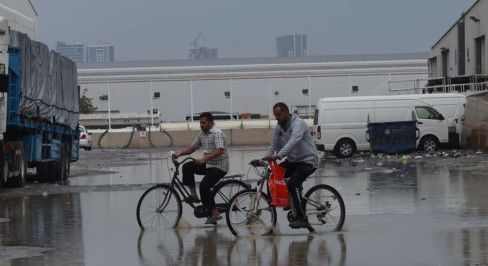 People crossing the flooded water of over night rain in Ajman on 10 JAN 2020 photo; Atiq Ur Rehman /Gulf News 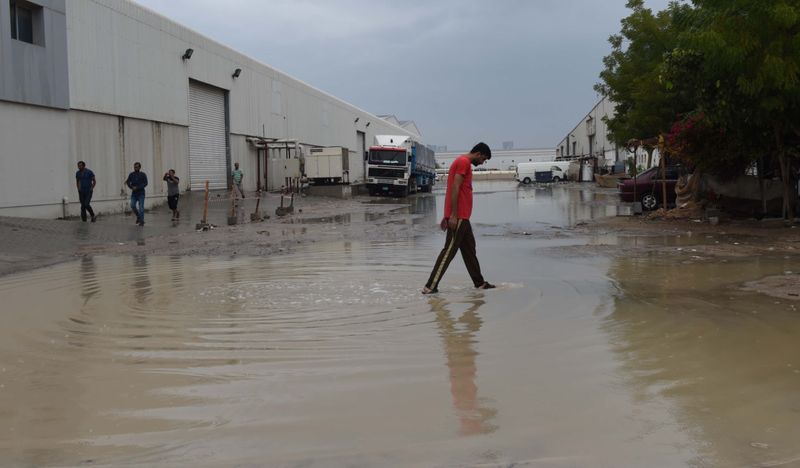 A man crossing the flooded water of over night rain in Ajman on 10 JAN 2020 photo; Atiq Ur Rehman /Gulf News 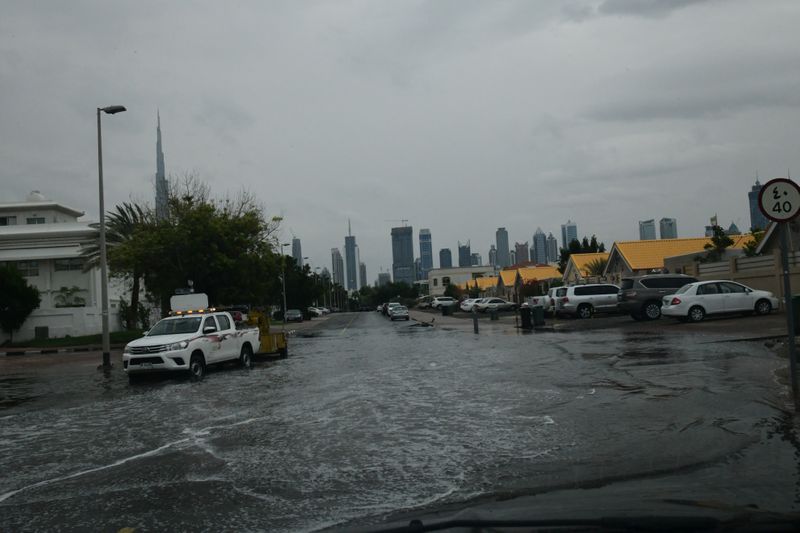 The post UAE weather: The worst of the rain may have passed, but will we now see snow in the mountains? appeared first on The Wealth Land.