The deal includes Ford investing more than $ 6 billion in its US manufacturing operations and the creation or retention of 8, 500 U.S. jobs. The largest investment would be $ 1.1 billion in Ford’s Michigan Assembly plant for the all-new Ford Bronco SUV and Ford Ranger midsize pickup, according to asummary of the dealreleased by the union Friday.

Ford declined to comment on any details of the proposal.

The UAW’s roughly 55, 000 rank-and-file members with the automaker are now expected to vote on the proposed contract over the next two weeks.

The deal also includes theclosing of an engine plant in Michigan. If the deal is approved, about 600 hourly employees who work at Ford’s Romeo Engine factory would be offered jobs at a nearby transmission plant or a buyout package equivalent to ones under the union’s recent deal withGeneral Motors.

Ford’s proposed agreement also mirrors GM’s deal for 3% raises or 4% lump-sum bonuses each year of the contract, retention of roughly 3% out-of-pocket health- care costs and a path for temporary workers to become full-time employees. Under the deal, Ford is also offering a $ 60, 000 retirement bonus for eligible workers. All lower-paid, or “in-progression,” workers would reach top pay of more than $ 32 an hour in the next four years, according to the agreement.

Unlike GM’s deal, Ford would not dissolve a jointly-operated training center with the union that hasbeen part of a multiyear federal probe into union corruption. However, the Ford-UAW facility would rework its operational structure for additional oversight as GM did, according to the union.

No one involved in the Ford training center has been charged as part of the corruption probe like they have at the GM andFiat Chryslerfacilities.

Other Ford investments under the deal, according to the union, would include $ 900 million at its Ohio Assembly plant for a “new product” in 2023 and $ 700 million at its F – 150 plant in metro Detroit for a redesign of the pickup,including a new all-electric version.

The UAW, if members approve the deal, would next turn its attention toFiat Chrysler, the last of the Detroit automakers the union needs to negotiate with for 2019.

The UAW’s discussions with Fiat Chrysler are expected to be more contentious than those with Ford amid a federal probe into union corruption that started with the Italian-American automaker. There’s also uncertainty about the company’s futureamid a planned mergerwith French automaker PSA Group. 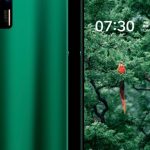