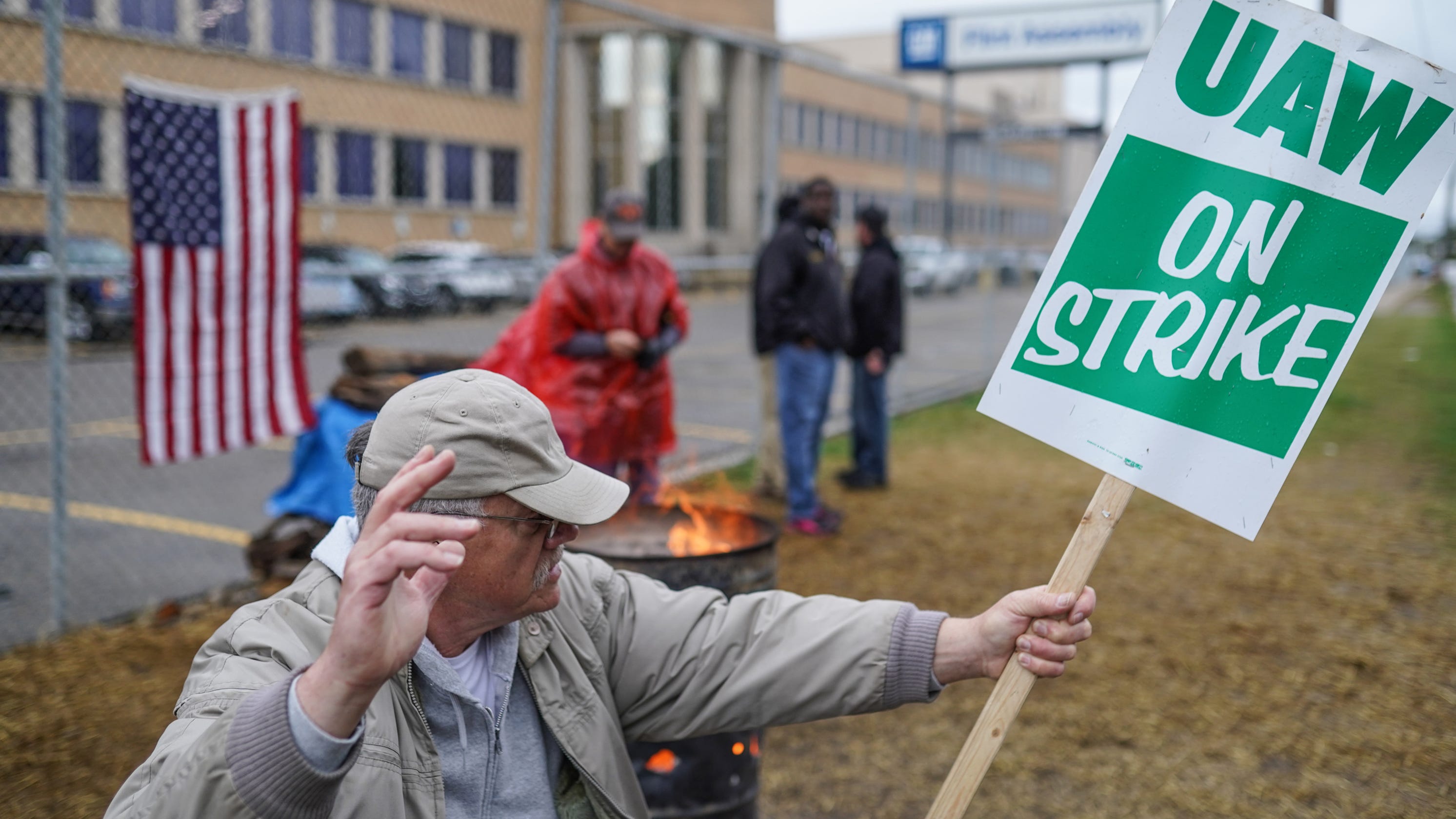 It appears UAW members have ratified a new four-year contract with General Motors, which is expected to bring the six-week nationwide strike to an end.

With more than 38, 000 UAW members voting, more than half, or 57%, have ratified the agreement, based on Free Press estimates.

But UAW Local, which represents one of GM’s biggest plants Fort Wayne Assembly in Fort Wayne, Indiana, released its results late Friday and narrowly ratified the deal. It reported 1, 867 members voting yes and 1, 808 voting no.

UAW Local 292, which represents hourly workers at Kokomo Operations in Kokomo, Indiana, rejected the proposal with 171 voting no to 56 voting yes.

GM will notify union workers through the normal channels on when they should return to work, which is certain to be as quickly as possible. The strike cost the company $ 450 million a week, the Center for Automotive Research estimated, interrupted production of key vehicles and will delay delivery of the 2020 midengine Corvette Stingray.

The strike’s impact goes beyond the automaker.

said Friday that the six-week strike represents $ (million in revenue for the seating and electronic systems supplier.)

Likewise, all “in-progression” workers would get a raise within 52 weeks of their last raise . Under the old contract, those hired after 2007, dubbed in-progression workers, start at $ 17 an hour and can move up to $ 28 an hour after eight years. This new deal provides for them to reach $ 32. 32 an hour by the time the new contract expires in 2023.

At Local 163, which represents GM Romulus Powertrain, 1, 064 members out of about 1, 100 voted, said Ralph Morris, president of the local. He said many workers live as far away as Flint and Toledo, but they drove in to vote.

But during the informational meetings, there were many “impassioned” questions around the contract, he said.

“Some liked that there were no increases to their health care, they liked that the cap was raised for wages to help in-progression employees move up, ”said Morris,“ But, it was a mixed bag. Was it a slam dunk? No, but a lot of them felt it was an improvement from the current plan and there was a pathway for temporary employees. ”

GM will be calling some Local 163 skilled trades workers asking them to work Saturday and Sunday, said Morris. They will be paid time-and-a-half for that work. Monday would be the full production day, he said.

The UAW will move on to negotiating a new tentative agreement with Ford Motor Co. and Fiat Chrysler Automobiles, using the GM contract as the template. On Saturday, the union is expected to announce which company it plans to negotiate with next.

A UAW Local leader at a General Motors plant said the union will face challenges at Ford Motor Co. and Fiat Chrysler Automobiles as they head into negotiations with those companies next.

“Ford really wanted the health care cut down and Chrysler has the biggest problem with four levels of 10, 000 Temp workers. Chrysler is going to be very challenging, ”the local officer said. “It’ll be interesting to see what Chrysler will do with 10, 000 temp employees. ”

This officer said Ford should have the easiest time because the union’s top negotiator for Ford, Rory Gamble, has a lot of experience and a good relationship with Ford’s negotiations team.

“They have a strong ability to work together, so they shouldn’t have any problems at all, ”said the GM local leader.

(Indeed, what worked for GM and the UAW in negotiations isn’t necessarily a right fit for Ford and FCA, said David Kudla, CEO of Mainstay Capital Management.) “GM was able to concede wage growth and health care costs for the ability to close three factories,” said Kudla. “Ford and FCA didn’t have three factories that they wanted to close, but will have to work around this new framework for higher wages and unchanged healthcare that the UAW and GM have set.”

The union has said it’s made significant progress on subcommittee issues with both automakers, but final economic provisions and production promises remain to be worked out. That means those contracts remain uncertain and both companies are stillvulnerable to strikesif union negotiators want to play that card.

“Just because there was a GM strike does not mean the other two are off the hook,” said Kristin Dziczek, vice president of the Center for Automotive Research in Ann Arbor.

Separately, the UAW Mack Truck Council announced late Thursday that they have reached a tentative agreement, suspending a nearly two- week strike. Mack workers will be scheduled to return to their jobs. Mack Trucks has five facilities in Pennsylvania, Maryland and Florida.

The strike against GM has been prolonged and at times painful . At one point, a public exchange of words saw GM insinuating the UAW was moving too slowly in negotiations and not responding to company proposals. The UAW fired back that GM was not taking the union seriously.

After that, it took the heavyweights coming to the table to reignite progress toward a deal. GM CEO Mary Barra and UAW President Gary Jones met with negotiators just days before the two sides finally reached a tentative agreement.

) Many UAW leaders and labor experts said that despite the prolonged and sometimes-contentious negotiations, the agreement is a big win for UAW-represented workers at 55 GM facilities in 10 states who had been on strike since 12: 01 am September 16.

The deal provides 4% lump sum wage payments in years one and three and 3% base wage increases in alternating years. It gets rid of long-term temporary worker status and holds hourly workers’ share of health care costs to 3%, among other provisions.

It also keeps GM’s Detroit-Hamtramck plant running by adding an electric pickup and other electric trucks. GM will invest $ 3 billion in the plant, which also will assemble batteries, and bring in 2, 225 new jobs when it’s at full volume.

Warren Tech Center will get a new vehicle program, $ 200 million investment and retention of approximately 75 jobs under the agreement. Lansing Delta and Spring Hill, Tennessee, assembly plants get a next generation midsize SUV assembly worth $ 1 billion and 5, (jobs.)

But Lordstown Assembly Plant in Ohio and a transmission plant in Warren and Baltimore are to remain closed.

The ratification vote comes at a crucial time. The strike has already cost GM nearly a half-billion dollars a week. Anderson Economic Group in East Lansing said it cost GM another $ 400 million for the entire next week that the union remained out conducting ratification meetings with ballots due by Oct. 25.

GM has had to temporarily shutter other North American plants. On Oct. 19, GM halted production of its new 2020 Chevrolet Blazer SUV at its Ramos Arizpe Vehicle Assembly in Mexico due to a parts shortage from the UAW nationwide strike.

GM’s decision to build the Blazer in Mexico instead of a US plant was a sore point with the UAW, as is low-cost Mexican production in general.

The Corvette plant in Bowling Green, Kentucky, was to be retooled this month to build the much-anticipated 2020 Stingray, but that will be delayed while it finishes orders for the 2019 model.

Many of GM’s car dealers complained of a lack of parts to perform repairs in the service lanes. And, 100, 000 related workers saw their income impacted because of the strike, economists said.

Likewise, UAW workers were getting by on $ 250 a week for almost a month until the union raised the strike wage to $ 275 a week on week Oct. 13. The cost to UAW workers is $ 14 million per day while they remain on strike and not working, Anderson Economic Group said.

Here are a few highlights of the new contract:

Temporary workers, who have been paid $ 15 – 19 an hour with inferior benefits to permanent autoworkers, get a path to a permanent role starting next year. Part-time workers get a path to regular status starting in 2021. These workers also get improved paid and unpaid time off. 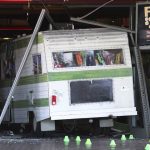