An employee works on an engine production line at a Ford factory on January 13, 2015

The British economy has avoided slipping into a technical recession, after official data Monday showed the third-quarter gross domestic product (GDP) at 0.3%.

The data marks a rebound from the second-quarter gross domestic product (GDP) which contracted by 0.2%.

On a year-on-year basis, third-quarter growth slowed to 1%. This marked the slowest rate of expansion since the first three months of 2010.

On a month-to-month measure, September GDP alone marked a 0.1% contraction. Manufacturing data for September revealed a 0.4% contraction from August and a 1.8% fall from September 2019.

Both figures were a touch worse than a consensus of forecasts collated by Reuters.

Services output for September came in flat at 0.0% month-on-month and up 1.3% year -on-year. Industrial output and construction activity for the month also contracted from August figures.

There was very little initial reaction in the pound-versus-dollar trade. Just prior to the decision, sterling was trading at $ 1. 2804 and this dipped to $ 1. 2797 after the data drop.

Walker said there had been some modest growth in retails sales and he had hoped this might prop growth up a little more.

“Underlying growth in the UK is clearly below trend,” he said before adding that when accounting for Brexit-related swings in production, the data looked “a little bit tepid.”

The Bank of England said last week that trend growth in the UK was currently about half of that in 2018. 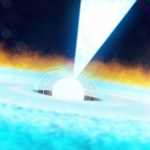 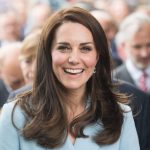