BJP leader and former union minister Chinmayanand has been accused of rape by a young woman who went missing for a week from her home in Shahjahanpur in Uttar Pradesh and was found in Rajasthan.In a complaint tothe police, the law student has claimed that she was raped and exploited by Chinmayanand for a year.

The woman, 23, is a student at a law college run by 72 – year-old Chinmayanand, a three-time MP. Her brother also studies there.

She said she had filed her complaint in Delhi because the UP police had refused to do so.

“Swami Chinmayanand raped me and even exploited me physically for one year, “she alleged before the media, her face covered with a black scarf.

” The Delhi Police has registered this complaint at Lodhi Road police station and has forwarded it to Shahjahanpur police, which is not registering the rape case, “she said.

The Supreme Court hadheard the woman’s account in a closed hearing and ordered a Special Investigation Team (SIT) to inquire into her allegations. “On Sunday, the SIT quizzed me for about 11 hours . I have told them about the rape. Even after I told them everything, they haven’t arrested Chinmayanand yet, “she said.

The woman was tracked down in Rajasthan on August 30, a week after she vanished following her Facebook post alleging that a “big leader of the Sant Samaj “had” destroyed the lives of many other girls and also has threatened to kill me “. In the post, she had requested Chief Minister Yogi Adityanath and Prime Minister Narendra Modi to help her.

Though she didn’t name Chinmayanand at the time, her father named the influential politician and named him in his complaint to the police. As the case became public and made waves on social media, the former BJP MP was charged with kidnapping and intimidation three days after the woman’s father approached the UP police.

The woman was produced before the Supreme Court hours after she was found. She told the judges she had left with her college friends to protect herself. Ordering an investigation, the court said she and her brother couldn’t possibly study in Chinmayanand’s institution anymore.

Chinmayanand’s lawyer has denied claims that he has been trying to avoid the police. “Swami is not running away from the case. He is currently engaged in spiritual activities, but will definitely appear before the Delhi Police whenever required,” news agency ANI quoted advocate Om Singh as saying on September 2.

Chinmayanand, said to be a powerful politician, has an Ashram in Shahjahanpur and runs five colleges in the town. He also runs Ashrams in Hardwar and Rishikesh; his empire is believed to be worth crores though there is no official estimate. 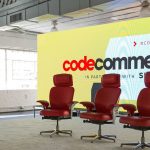 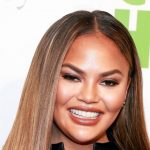