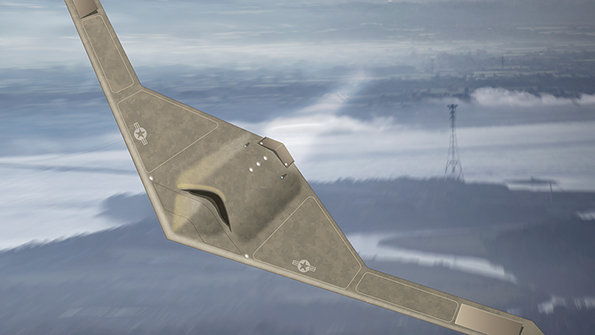 Almost six years after Aviation Weekfirst disclosed the existenceof a large, classified unmanned aircraft developed byNorthrop Grumman, there is a growing body of evidence that the stealthy vehicle is now fully operational with the US Air Force in a penetrating intelligence, surveillance and reconnaissance (ISR) role.

Thought to be dubbed the RQ – 180 , the advanced design is believed to have been flying since 2010 and under operational test and evaluation since late 2014. According to new information provided to Aviation Week, the aircraft became operational with the recently reformed 427 th Reconnaissance Sqdn. at Beale AFB, California, this year. The Air Force declined to comment on the status of the program.

Although images of the aircraft remain elusive, an assessment of new evidence enables a clearer picture to be drawn of the secret aircraft’s progress through early flight testing, development and initial deployment. New information from open sources backs up the first reports of its existence published in 2013 and fills in gaps in the program’s earlier history as well as subsequent test and operational evaluation at sites mostly in and around California and Nevada.

Developed to conduct the penetrating ISR mission that has been left unaddressed since the retirement of the Lockheed SR – 71 in 1999, the RQ – 180 ultimately emerged from what was originally a large unmanned combat air vehicle (UCAV) design proposed by Northrop Grumman to the Air Force in 2005. At the time, Northrop was competing againstBoeingwith a smaller tailless design for the Air Force / US Navy Joint Unmanned Combat Air Systems (J-UCAS) program.

However, when J-UCAS was canceled in 2006 after the Pentagon’s Quadrennial Defense Review opted to restructure the joint-service program into a Navy-only UCAV carrier suitability demonstration, funding was removed from the fiscal 2007 defense budget request. A total of $ 239 million was requested in lieu of the Pentagon funding to begin a US Navy carrier-based, long-endurance UCAV demonstration program.

At the same time, Air Force funds were transferred into a classified high-altitude, long-endurance (HALE) program which, it is believed, led to a competition between Boeing,Lockheed Martinand Northrop Grumman. Northrop also publicly discussed a range of longer-winged X – 47 C configurations around this time. The largest of these was a 172 – ft.-span design with two engines derived fromGeneral Electric‘s(CF)and capable of carrying a 10, 000 – lb.

Although Aviation Week commissioned an artists’ impression of the aircraft incorporating a cranked-kite wing configuration when it broke the RQ – 180 story (AW&STDec. 9, 2013, p. 20), industry sources have since said the aircraft differs in detail from the published concept. Additional evidence now suggests the final configuration may be closer to the company’s more familiar flying-wing designs, with a simpler trailing edge similar to that seen in the Air Force’s official rendering of the B – 21 Raider. Northrop Grumman originally crafted the same basic trailing edge configuration for the B-2 under the Advanced Tactical Bomber program but changed it to the stronger load-carrying sawtooth design when the Air Force added the low-level penetration role.

In 2007, following a yearlong Air Force HALE contest, Northrop signaled it had been successful when the corporation’s leaders reported they expected to win a major restricted program. By June of that year, observers of the Air Force’s top-secret Area 51 test complex at Nellis AFB, Nevada, noted that construction was underway for a new large hangar at the “Southend” zone of the Groom Lake facility. The size and dimensions of the building suggested it was being made ready for an aircraft with a relatively large span wing.

In 2009, with Northrop well underway on low-rate initial production of the RQ – 180, the Air Force began preparations to evaluate the new vehicle and established a flight-test organization at Groom Lake dubbed the “Mad Hatters.” That same year, the Air Force published an “unmanned aircraft systems (UAS) flight plan” which outlined a near-term priority requirement for an LO penetrating ISR “special category” UAS. In February 2009, a paper by Col. Eric Mathewson, director of the Air Force’s UAS Task Force, referred to an unidentified project as MQ-L / O. (AW&STAug. 29, 2011, p. 46).

New information given to Aviation Week now points to 2010 as the key year for the program. First flight of the prototype air vehicle at Groom Lake, known as V1, was believed to have taken place on Aug. 3, 2010. Circumstantial evidence that supported the buildup of pre-first-flight test activity included frequent flights to the site by Northrop Grumman-owned Beech 1900 D logistics aircraft, one of which was seen parked by the large Southend hangar in a May 2010 satellite image.

The first prototype, V1, had been in flight testing for more than 14 months when a second vehicle, V2, is thought to have joined the test campaign in November 2011. Three more test and development aircraft are also suspected of following the first vehicles into flight trials over the next 15 months, with first flights believed to have occurred in November 2012 (V3), July (V4) and February 2014 (V5).

Following the first flight of the fifth aircraft, RQ – 180 testing transitioned to Edwards AFB, California, where Detachment 1 of the 53 rd Test and Evaluation Group was officially stood up at the secretive South Base area in March 2014. Tasked with operational test and evaluation, Detachment 1 appears to be a logical choice for the role as the group’s Detachment 2, based at Beale AFB, California, performed evaluations of the Lockheed Martin U-2R / S andRQ-4 Global Hawk.

Activity in the program stepped up through the remainder of the year, with the first flight of V6 believed to have taken place in September 2014. In late 2014 and early 2015, a unit described as Detachment 2 of the 15 th Test Flight was stood up at Edwards AFB, likely marking another key phase for acceleration of the new UAS capability toward front-line operational service.

The 15 th Test Flight, part of the 53 rd Wing headquartered at Eglin AFB, Florida, has responsibility for test management oversight of the Air Force’s high-priority, rapid acquisition programs. According to 53 rd Wing instruction documents published in 2014 and updated in 2018, the 15 th Test Flight “provides operational test management services for a specific subset of developmental systems that require expedited delivery to the warfighter. ”Detachment 2’s sister unit, Detachment 1, was assigned at the time to provide test management of Lockheed’s RQ – 170 Sentinel at Creech AFB, Nevada.

In November 2015, the program marked another significant event — believed to be the first flight of the seventh air vehicle. Eight months later, the system took another step toward its operational debut when Detachment 2 of the 9th Operations Group was established at Edwards South Base. The 9th Operations Group is the operational flying component of the Beale-based 9th Reconnaissance Wing and is usually tasked with training and equipping U-2R, RQ-4 and Beechcraft MC – 12 W Liberty combat elements.

Following the establishment of Detachment 2 in 2016, preparations for initial operations entered the final phases and are believed to have culminated in a secret long-range graduation test mission from Edwards sometime in early 2017. No details of the flight, thought to have been code-named Project Magellan, have been acknowledged, but the mission is thought to have focused on validating the performance of the autonomous navigation system at extremely high latitudes — possibly as high as the Geographic North Pole . It should be noted the secret code name was shared with Northrop Grumman’s public search to find an engineering base for the B – 21 program around that time.

With this mission accomplished, the RQ – 180 was seemingly fit for initial deployment in 2017. And in quick succession during August that year, the 9th Operations Group stood up two new supporting units. Detachment 3 was established at Beale, while Detachment 4 was set up at Andersen AFB, Guam, representing a significant ramp-up in preparations for operational readiness. Detachment 3 had previously operated the RQ-4 out of Guam, while Detachment 4 had also formerly operated the Global Hawk out of Sigonella AB, Italy.

The following year, 2018, another unit was established at Beale to further test and evaluate the readiness of the aircraft. The activation of Detachment 3 of the 605 th Test and Evaluation Sqdn., the command-and-control and ISR test manager for the Air Force’s Warfare Center and Air Combat Command, was accompanied by the deactivation of Detachment 1 of the 53 rd Test and Evaluation Group at Edwards AFB.

It is thought the assets and test personnel of the unit were immediately transferred to the newly activated 417 th Test and Evaluation Squadron, an Air Combat Command unit under the 53 rd Wing based in Nellis AFB, Nevada. Until recently the true test focus of the squadron – which was stood up in April 2018 – was linked with preparations for B – 21 testing. However, at the Air Force Association meeting in September it was announced that the new bomber test role has been assigned to the 420 th Test and Evaluation Squadron.

Further signs of RQ – 180 regular operations support activity are believed to have been indicated by the activation during 2018 and early 2019 of Detachment 5 of the 9th Operations Group at Beale to serve as the schoolhouse unit for the aircraft. Given the 9th Operations Group’s role in training, planning and execution of U-2 ISR missions as well as training for RQ-4 flight crewmembers, this unit would be considered as a logical candidate to support and train RQ – 180 operations.

In a final phase of changes this year, all of which have been focused on Beale, Detachment 3 of the 9th Operations Group was deactivated in April and its personnel and assets transferred and immediately activated again as the 427 th Reconnaissance Sqdn. — a shadowy unit that previously operated the MC – 12 W and was inactivated in November 2015 when these aircraft were transferred to the US Army. However, evidence from open sources indicates the current commander of the 427 th Reconnaissance Sqdn. has held this role since 2015, even though the unit officially did not exist for most of that period.

Although the Air Force has made no reference to operations by the unit involving any particular aircraft type, the 427 th Reconnaissance Sqdn., together with Detachment 5 of the 9th Operations Group and Detachment 3 of the 605 th Test and Evaluation Group, hosted the opening of a new Common Mission Control Center at the base on April 23. The the new center will “provide combatant commanders scalable, tailorable products and services for use in contested environments,” the Air Force says. “Using software, hardware and human machines, the center will be able to manage C2 productivity, shorten the task execution chain, and reduce human-intensive communication.” 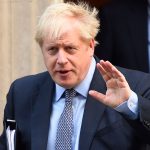