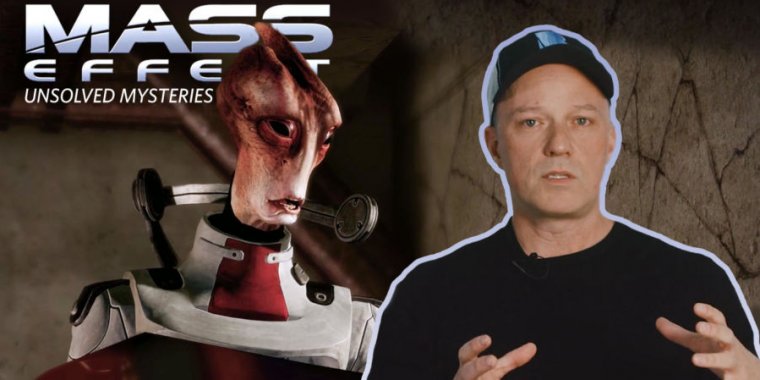 Our “War Stories” and “Unsolved Mysteries” gaming videos have gotten us some amazing interviews. We’ve talked to folks likeDead Space’sGlen Schofield; the power duo ofFred Ford and Paul Reiche III, who madeStar ControlandThe Ur-Quan Masters; and evenLord British himself. But BioWare was one company that I never expected to actually answer our e-mails — until, one day, they actually did.

So, in early October, we loaded up our film crew and made the flight across the Canadian border to Edmonton, in the northern reaches of Alberta. Our mission: to visit the enigmatic studio behind theDragon AgeandMass Effectfranchises and to throw a bunch ofMass Effect lore questions at creative director Mac Walters — and to see what interesting information he’d be willing to let us have.

It was a special trip for me, as one of Ars’ two residentMass Effectcrazypants fans (the other beingKate Cox, a true BioWare aficionado). I’vereviewed the series, talked about thebest romance choices, and evensnuggled a Garrus body pillow or two– but taking a pilgrimage to the Mecca ofMass Effectwas a capstone experience.

A peek behind the curtain

Everyonein Edmonton seems to know what BioWare is, even the Canadian customs agent who greeted me after I’d picked up my bags at the airport. My entry into Canada went like this:

The BioWare crew was still engaged in moving into their new offices when we rolled up for interview day, and the space — located across three floors in the shiny EPCOR Tower — was still going through the last round of setup and decoration. There were lots of bare shelves where awards would normally live and long rows of desks sat empty, awaiting eager developers to come and occupy them and spin us some new stories.

And speaking of “things we weren’t allowed to hear,” alas, dear readers, I have no secret scoops or teases — beyond the answers to the questions we asked Mac, at least. Our BioWare PR handler (Chris Morgan, who displayed endless patience and cheer in the face of a tight one-day shooting schedule) was Johnny-on-the-spot with keeping us out of sensitive areas where real work was going on, so my plans of making like Kasumi and pulling off aMass Effect info-heist were thwarted before they ever got off the ground. (Probably for the best, as I’m not really built for a form-fitting thief catsuit.)

But once we were set up, Mac did give us some info — more than I anticipated, actually.

To ask, perchance to dream

We’d gathered about 40 – ish questions from Ars readers and theMass Effectsubreddit, and we threw them all at Mac, rapid-fire. Mac sidestepped many of them, of course, which we were expecting — we got no new info on the resolution of the “Ryder Family Secrets”quest, for example, nor did he answer many of the background questions we had about the Leviathans or go into details on how to square (Mass Effect 2’s) dangling dark energy plot threads withMass Effect 3’schange in direction.

On the other hand, wedidget him to talk a bit about an area where BioWare has been reluctant to tread: establishing acanonical (ending to) Mass Effect 3. The answer he gave us provides the first hint we’ve gotten about the shape of the Milky Way after the Reaper threat’s elimination.

There’s a lot of info in the above video, including a peek at the tools BioWare used to generate the properties of all the planets in theMass Effectgalaxy — and we hope it helps scratch your N7 Day itch.

As for any word on a newMass Effecttitle — alas, we have no news . However, as we were reviewing our questions prior to rolling film, therewerea number of topics where Chris and Mac asked us to do some rewording. There were lore questions, it turns out, that they wanted to stay away from answering. 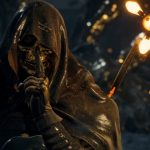