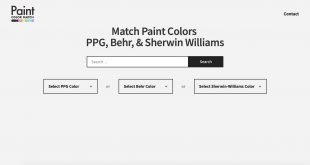 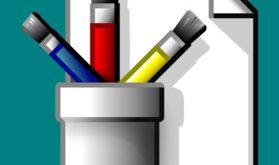 Rewind to the Internet of 10 years ago and you’ll find an era that made sense for an odd, beloved webcomic likeHomestuck. It debuted in April 2009 as a one-off lark from avid webcomic maker Andrew Hussie, and its modest premise — four teenage friends playing a video game — could have been a one-and-done comic miniseries. (Its arrival within the appropriately named MS Paint Adventures, or MSPA, spoke to its modesty.)

From there, the series gradually expanded in scope to become an epic science fantasy story about children from different cultures coming of age without adult supervision . They learn to work together in spite of cultural differences, individual traumas, and the feeling of isolation that comes from being an adolescent in a rapidly changing world — and, in doing so, they defy an evil time traveler with the power to create a new and “better” universe.

Homestuck is a product of its time. It’s built on media tropes from when it was written, and its aesthetic evolved with the Internet’s tastes, from jokes about TV shows and adventure games to social media and anime references as the story wrapped up in 2013. But one thing that remained constant and set a tone for how creators would operate online in the years that followed is the tight-knit relationship between Homestuck’s author and his fans.

Be careful what you wish for, fans

Hussie has always been very aware of his readers, and his relationship with them has been complicated. Like his earlier comics, the beginning of Homestuck relied heavily on reader input through a suggestion box, mostly for humor but also to advance the plot. (The suggestion box no longer exists, butHussie’s explanationof how he used it differently for different comics remains on MSPA.) Hussie often mocked readers for suggesting that characters do stupid things, and he used a strawman character called MSPA Reader as a surrogate for audience reactions.

Eventually, Hussie changed gears. He shut down the suggestion box while offering the fantastical, fictional explanation that it had been destroyed by meteor showers from the comic. But requests kept pouring in on social media, so Hussie decided to acknowledge them with thecruel ironyembodied by several of his characters. Fans would ask questions about characters who were mentioned briefly or casually; Hussie would drop them into the story and then find ways to murder them. He did this most blatantly with so-called “troll” characters, introducing 12 of them in quick succession and then allowing one of them to go on amurderous rampageand kill half of these new characters, including a fan favorite.

Hussie took responsibility for this cruelty through anin-story avatartrapped within the comic by the (fourth wall, who sometimesreveledin the angst he caused his readers. Death in the Homestuck setting is cheap and reversible, so it often felt like Hussie was threatening to kill off beloved characters — or keep readers in suspense for their resurrection. Hussie’s tyranny did nothing to diminish his appeal to engaged fans. But that apparent cruelty hid a surprising lesson that turned out to be a core theme of Homestuck.

In establishing himself as a series character who could speak directly to his fans, Hussie connected Homestuck’s universe with the real world and created an opportunity for both his fans and his characters to share his power as narrator — or even to steal it.

Who is telling the story?

At any moment in Homestuck, who is narrating and what are their biases? The answers to these questions suddenly became important when control of the story was stolen from Hussie’s in-story avatar. The narration was picked up by Doc Scratch, an animated doll with a featureless cue-ball head who was preparing the universe for the arrival of his creator, the evil time traveler Lord English — both a reference to Richard “Lord British” Garriot of the Ultima games and an extended billiards metaphor that Doc Scratch was also a part of. Doc Scratch was glib, providing little information in many words in order to misdirect the reader. Hussie eventually became frustrated enough to steal his story back, setting off a series of battles between Hussie and his characters for control.

The most important of these battles was withCaliborn, a younger version of Lord English who was an avatar for a particularly abusive type of real-life fan. Caliborn manipulated and murdered his twin sister Calliope, who represented a kinder, more community-based fandom, and eventually gained the power to reshape spacetime however he wanted, starting by murdering Hussie’s avatar in a spectacular example of Death of the Author.

But even with Hussie dead, Lord English didn’t “win,” as per the Homestuck story. And the way he lost relied on the way Hussie broke the fourth wall to share narrative control not only with his characters but also with his fans.

Truth in the eyes of many beholders

The structure of Homestuck’s universe explicitly allowed for fanfiction. It leaned into the science-fiction trope of multiple dimensions within its settings, using “dreambubbles” to explore alternate timelines. Some of the comic’s canonical story weaved its way through these dimensions, and exploring them became more important to the story in the latter half of Homestuck’s run. This was important to the fandom, because this was also when Hussie began updating the comic more sporadically.

During Homestuck’s long hiatuses, the fandom began to get creative. They not only wrote a gamut of fanfiction, as is usual for the Internet, but they published much of it asWebcomicsthat looked a lot like Homestuck. They also used Homestuck’s visual style, dominated by hand-drawn images accompanied by extended dialogues, to write original stories. The dreambubbles were populated by the fans’ imaginations. Appropriately, the official end of Homestuck was partly illustrated by freelancers from the fandom, and it welcomed all of these alternate timelines into Homestuck’s canonical possibility space. In Homestuck terms, fans armed the spirits of the dreambubbles to fight Lord English.

In a bittersweet twist, this army of spirits was inspired to fight by the ghost of analternate-timeline Calliope. She managed to defeat her version of Caliborn, then discovered she could not win their game without his powers and sacrificed herself so that her ghost could help the other series’ heroes defeat Lord English. Learning about her sacrifice not onlyinspired Homestuck’s protagonists, it also inspired readers to create their own stories and represent themselves within Homestuck’s world.

Homestuck’s timeline of increasingly long silences punctuated by bursts of activity inadvertently sold its audience on one of its grandest themes: that everyone’s choices matter. Hussie may have toyed with his fans, making them brutally aware that they had no control over the story they loved, but he did give them that control in the end, intentionally or not, and Homestuck’s universe is richer for it.