Cheating sucks. If you’ve ever been trapped in aCall of Duty: Modern Warfarematch with an obvious cheater, you know just how miserable the experience can be.

Thankfully, they usually get caught in the end.

But for some reason, a cheater named “Straiyan” has been allowed to haunt Modern Warfare’s Australian servers for weeks – with no discernable repercussions.

Without fail, every time he hops in a match, he racks up hundreds of kills and then nukes his opponents. As you can probably imagine, Aussie Call of Duty players aren’t fond of him.Thanks toRedditor NotoriousRB, we have definitive video proof of Straiyan’s dodgy Modern Warfare gameplay. The userasked for help to raise awarenessabout the cheater’s fraudulent victories.

In the footage, it’s immediately obvious from the kill cam that malicious third-party software is being used. Straiyan rapidly kills multiple players from all the way across the map. Not only that, but the gun barrel zips between different impossible-to-see targets instantly. It’s ridiculously obvious that this is cheating.

Infinity Ward Either Can’t Stop Him, or They Haven’t Tried

What’s most bizarre is that Infinity Ward doesn’t seem to have done anything about this yet.

According to chatter on the Reddit post, the player has been reported numerous times without success. The original poster even claims thatStraiyan taunted his foes with a “good luck banning me” boastin a separate Modern Warfare lobby .

Either Infinity Ward is ignoring all these reports, or they’re struggling to enforce a ban on the Call of Duty trickster.

Meanwhile, there’s also debate about what. the gamer hopes to gain by cheating. Modern Warfare players canuse XP to unlock different items and weapons, so maybe They are just trying to grind out powerful guns.

That’s really the only reasonable answer because there can’t be much satisfaction found in “winning” like this. Then again, maybe Straiyan just enjoys unleashing mayhem.

No matter the reason, Infinity Ward needs to deal with this immediately.Modern Warfare has enough problems as it is. If Straiyan’s secret software becomes more widely available, you’d better believe you’ll see it pop up in one of (yourCall of Duty matches – and probably sooner than you think. 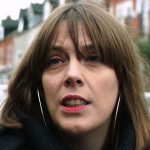 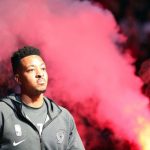