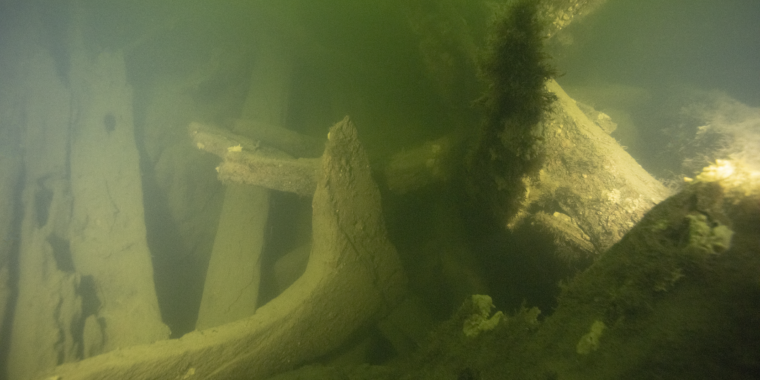 Two 17 th-century shipwrecks on the bottom of a busy Swedish shipping channel may be the sister ships of the ill-fatedVasa. Archaeologists with Sweden’s Vrak — Museum of Wrecks discovered the vessels in a 35 – meter-deep channel near Stockholm during a recent survey. Neither wreck is as well-preserved asVasa(to be fair, there are probably ships actually sailing today that aren’t as well-preserved asVasa), but they’re in remarkably good shape for several centuries on the bottom.

Studying the wrecks could reveal more details about how early naval engineers revised their designs to avoid another disaster likeVasa.

The wrecks may be the remains of two of the four large warships Sweden’s King Gustav II Adolf built in the 1620 s and 1630 s. The earliest of the four ships,Vasa, had a first trip out of port in 1628 that ended in disaster; the top-heavy vessel caught a gust of wind and leaned over far enough to let water rush in through open gun ports. King Gustav’s prized warship sank just a few dozen meters offshore in front of hundreds of spectators.

On the other hand, the three later ships –Äpplet,Kronan, andScepter– had longer careers.Äppletsailed with the Swedish fleet to invade Germany in 1630, andKronanandSceptersailed against a combined Danish-Norwegian fleet in the 1644 battle of Kolberger Heide.

In the late 1600 s, the Swedish navy scuttled the three aging warships to help control access to a narrow sea channel approaching Stockholm . A complex network of channels and straits weaves among the islands of western Sweden, but only two routes offer access to Stockholm by sea. The channel where the wrecked warships now lie is the larger of those two routes, and it’s still in use today.

Ferries and cargo ships now unwittingly pass within a few dozen meters of the 17 th-century wrecks. “All heavy traffic to Stockholm passes through this narrow sound, so it’s always quite strong currents and heavy noise from the ships,” Vrak Museum archaeologist Jim Hansson (who coincidentally shares a surname with (Vasa) ‘s captain) told Ars.

And beneath all that modern traffic lie the battered but recognizable remains of two 400 – year-old warships, sitting upright on the bottom. “The massive hull is standing right on the seabed,” Hansson told Ars, describing the better-preserved of the two wrecks, which has a bow that still juts proudly 5m above the sand. Swimming along the first gun deck, where cannon once thundered, Hansson and his colleagues saw deck beams and curved timbers called knees, which supported the heavy beams where they met the sides of the hull.

Those timbers suggested that the two wrecks might be Gustav II Adolf’s retired warships. “We took a lot of measurements to understand what kind of ship it was. We needed to have some measurements from some specific ship timbers to compare withVasa, just to see if it could be one of her sisters, “Hansson told Ars. “The measurements were similar toVasa‘s so that’s why we think it might be one of them. ” Each wreck is about 40 m long.

The area has seen almost constant construction since the 1500 s to maintain the busy shipping channel and control access to the capital. In the years after the warships were scuttled, harbor defenses took the form of “stone coffins,” which are enormous boxes built out of several whole logs and filled with large rocks. One of those coffins landed on the stern of the first wreck, smashing the timbers beneath it. And at some point, dynamite blasting further out in the channel destroyed the port side of the second wreck — but the starboard side of her hull still looms about 5m high, to the level of the deck beams.

There has never been a sonar survey of the area, so archaeologists had no idea what was down there — and knowing how many blockades had been built, dynamited out of the way, and rebuilt over the years, Hansson and his colleagues weren’t too optimistic about the survey. “We wanted to see if there were wrecks there, but we had no hope to find any well-preserved [because] there has been a lot of constructions built and blown away by the navy during 500 years, “he told Ars.

But the divers braved the frigid water and the strong currents anyway. On one dive, the broad curves of a wooden hull suddenly emerged from the gloom before them, stretching much further than the 3m to 4m they could see underwater. The next day, diving further out in the channel, they found a second wreck lying about 5m away from the first, end-to-end across the channel.

Äppletwas scuttled in 1659, and at least a few people in Sweden’s navy probably watched the ship vanish beneath the waves with a sense of relief. They’d been trying to get rid of her for years.

“We know that the navy tried to sell her three times,” Hansson told Ars. “She was a slow sailer and wasn’t used often for more than transportation.”

He suggests that shipbuilder Hein Jacobsson builtÄppletWider ThanVasa, in an attempt to correct the top-heaviness that doomed the earlier ship. But he may have actually built her too wide, making her sluggish and unwieldy in the water.

“We don’t know that yet,” Hansson told Ars. “That sort of question, we will hopefully answer after more dives and surveys.”

KronanandScepterhad more successful careers, but in the end, they also ended up as sunken blockades in the harbor. Historic documents describeKronan‘s hold being filled with iron bars before other warships aimed their cannons at her waterline to scuttle her. “The ships had sailed and survived several battles, and after 30 – 40 years in duty, there was no meaning to repair them anymore, “Hansson told Ars. “It’s a kind of old [form of] recycling.”

At the moment, Hansson and his colleagues don’t know which two of the three ships they’re dealing with —Assuming that the wrecks really areVasa‘s sisters. The divers collected wood samples from both wrecks and will radiocarbon date them to confirm when the ships were built. All three ofVasa‘s sisters hail from the early 1630 s, so if the dates match up, that will be a strong hint.

Meanwhile, the archaeologists plan to continue diving on the wrecks, measuring timbers and documenting details of how the ships are put together. Wooden sailing ships were the high-tech military vehicles of their day, andVasaand her sisters were among the earliest to carry large numbers of heavy cannon. “We didn’t have time to do a proper survey but will come back,” Hansson told Ars. “It’s quite hard to get a grip of such a big wreck in such a short time.”

Nearby Djurgården Island is the site of the museum where (Vasa) now resides in a carefully-prepared facility. Her presence is a reminder of what a large, complex, and very expensive undertaking raising these two wrecks could be — so far there are no similar plans for these ships. It’s also not clear what sorts of artifacts might turn up; most things of value and most personal effects would have been removed before the scuttling. But the wrecks may help fill in some details about exactly why Vasa sank and how shipbuilders modified their designs in response to the disaster.

“We hope to learn how the construction developed and to see actually why (Vasa) sank, “Hansson told Ars. “This is a tremendous opportunity for us and theVasamuseum. It’s not very common we find wrecks with this potential and long, exciting history! “ 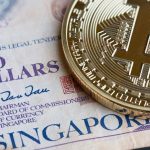 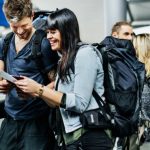