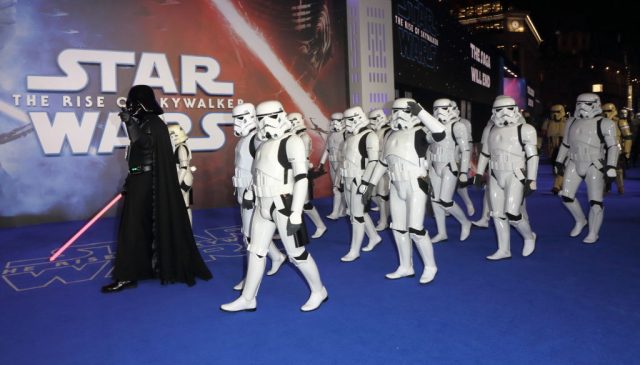 Notice anything familiar aboutStar Wars: The Rise of Skywalker?

,Disney released the epic conclusionof one of its most beloved properties. Paying off years of storytelling and featuring a sprawling ensemble cast, this film ended an era and opened up a whole new shared universe of possibilities. Along the way, the studio delivered one of the year’s biggest box office hits. Okay,twoof the year’s biggest hits.

BothAvengers: Endgame andStar Wars: The Rise of Skywalkerpresent eerily similar turning points for their respective franchises. But the films are actually much more alike than their core audiences even realize. Here are just a few ways in which the latestAvengersandStar Warsfilms are , in fact, the very same movie.

[Spoiler alert: This article contains MAJOR spoilers for Star Wars: The Rise of Skywalker. Read at your own risk.]

In both films, the heroes face off against a hero they thought they had defeated.Avengers: Endgameshockingly offs Thanos (Josh Brolin) in the first minutes, only for the Mad Titan to return via time travel by the third act . True, this is a very different version of the villain, but our point stands.

InThe Rise of Skywalker, “the dead speak!” Thanks to the opening crawl, we learn in the film’s first seconds thatEmperor Palpatine (Ian McDiarmid)lives on. How exactly he survived is never truly explained, though it clearly involves the dark side of the Force. We don’t get a fully-powered Palpatine until the final battle, also much likeAvengers: Endgame.

Intertwined fates for its leads

Just as theStar Warssequel trilogy hinges on the fates of Rey (Daisy Ridley) and Kylo Ren (Adam Driver),Avengers: Endgameis the story of Tony Stark (Robert Downey Jr.) and Steve Rogers (Chris Evans). Throughout the Marvel Cinematic Universe, thesetwo have been the overarching co-leads. So it stands to reason their stories would meet an end inAvengers: Endgame.

In that superhero epic, Iron Man sacrifices himself to defeat Thanos, while Captain America retires to settle down with Peggy Carter (Hayley Atwell). Likewise, Kylo Ren – really Ben Solo by that point – gives his life to revive Rey. She, in turn, visits the Lars Homestead on Tattooine, constructs her own lightsaber, and assumes the Skywalker family name.

Now we’re getting to the really crazy connections betweenAvengers: EndgameandStar Wars: The Rise of Skywalker. In both films, our heroes are insanely outnumbered by the resurrected villains ’forces. Yet, just when Captain America and Poe Dameron (Oscar Isaac), respectively, believe they’re making their last stand, the cavalry rolls in.

come through with a last-minute save, joined by countless Resistance allies. Did Disney just copy itself to secure a crowd-pleasing climax? You decide.

Every hero wants to get the last word in, none more than Tony Stark. But right before that fateful snap dusts away Thanos, Tony and his purple nemesis exchange these words. “I am inevitable,” Thanos says. When he’s shocked to see the Infinity Stones are gone, Tony reveals he has them. In between gasps, he says those immortal words, “I… am… Iron Man.”

In nearly identical fashion, Palpatine proclaims victory over Rey inThe Rise of Skywalker. Zapping away, he unleashes the full power of the dark side in a barrage of lightning. “I am all the Sith!” He says triumphantly. Rey, with the power of past Jedi on her side, replies, “And I… am all the Jedi!” Both scenes work in context, but they are still too similar for our taste.

Avengers: EndgameandStar Wars: The Rise of Skywalkerboth provide endings to their respective stories. But even as they end the Infinity and Skywalker sagas, these two films set up a ton of possibilities that might follow. In the case ofAvengers: Endgame, we already know Disney will continue the stories of several key heroes. Oh, and Loki.

WithStar Wars, we have some Disney content as well. But those shows are set long beforeThe Rise of Skywalker. Fans still have no clue what will happen next or if we’ll ever get more of the sequel trilogy’s main characters. Yet, we’ll bet we haven’t seen the last of Zorii Bliss (Keri Russell) and Jannah (Naomi Ackie). In the latter’s case, Lucasfilm has

a spinoff if they want it. 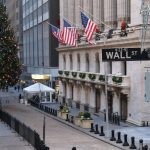