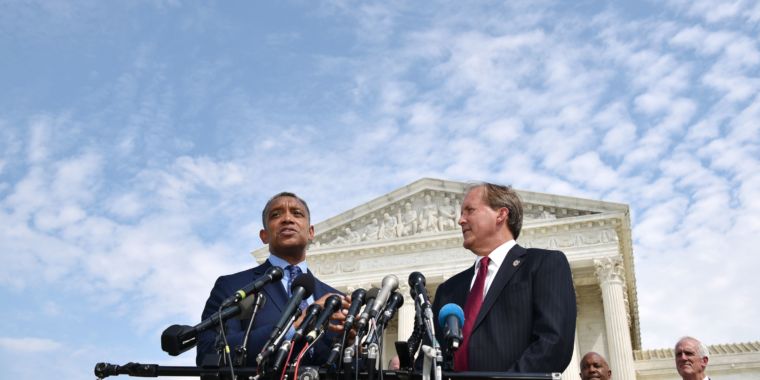 A coalition of attorneys general representing 50 US states and territories today announced along-awaitedjoint probe into antitrust complaints against one of the biggest tech companies in the world, Google.

The office of Texas Attorney General Ken Paxton is spearheading the bipartisan investigation, which is beginning with the search and digital advertising markets. Google “dominates all aspects of advertising on the Internet and searching on the Internet,” Paxton told reporters during a press conference.

“I’m very confident that this bipartisan group is going to be led by the facts and not be swayed by any conclusion that may fall short, if you will, if it’s inconsistent with our facts, on the federal side, “DC Attorney General Karl Racine said. “So we’re going to do what we think is right based on our investigation.”

Utah Attorney General Sean Reyes added, “there’s nothing wrong with being a dominant player when it’s done fairly,” but the ” pervasiveness “of complaints about Google indicates the company may not be behaving fairly.

Florida Attorney General Ashley Moody echoed the sentiment. “When there is no longer a free market or competition, this increases prices, even when something is marketed as free, and harms consumers,” Moody said. “Is something really free if we are increasingly giving over our privacy information?”

The Justice Departmentpublicly confirmedin July its antitrust division was digging into widespread “concerns that consumers, businesses, and entrepreneurs have expressed” about “market -leading online platforms. ” The agency, which rarely comments publicly on pending probes, didn’t name names, but several media reports have suggested that the DOJ and Federal Trade Commission agreed to split the big antitrust work this year, with the DOJ taking on Apple and Google while the FTC looks at Amazon and Facebook.

“We have answered many questions on these issues over many years, in the United States as well as overseas, across many aspects of our business, so this is not new for us, “Google exec Kent Walker wrote last week in a blog postconfirming that the company is the targetof a DOJ probe.

The FTC has been contemplating antitrust action against Google for the better part of a decade. In 2012, a memocirculated to all five commissionersstrongly recommended launching an antitrust suit against Google for abusing its dominance. In 2013, the commission voted against bringing charges, leading toseveral yearsof criticism.

The European Commission’s competition bureau, which handles antitrust matters for the European Union, has fined Google billions of dollars across three years for antitrust violations. First came a then-record-breaking € 2. (billion fine in 2017 for steering shoppers toward Google’s platform in search results. That record was then broken in 2018 with a€ 4. 34 billion finefor unfairly pushing its own apps ahead of competitors’, and those two fines were joined byanother € 1.5 billionthis year for abusing its dominant position in the ad sales market.

Google is accustomed to antitrust probes, after the several past and present investigations and actions against it. But the Internet giant is far from the only major business facing serious complaints this year.

Facebook also confirmed in July that it isunder antitrust investigationby the FTC, and last week a coalition of attorneys general representing eight states and the District of Columbiaalso launched a probe, led by Attorney General Letitia James of New York.

Amazon, too, is at the heart of a boatload of investigations. Retailers haveall but beggedfor US regulators to take strong action, joiningGermany,Austria,Italy, and theEuropean Union, which all have their own antitrust probes going on right now.

Congress in Junelaunched a bipartisan investigationlooking at “competition in digital markets.” The investigation — which has probed Facebook, Google, and Amazon so far — went quiet during the traditional August recess, but several hearings on the topic are slated for later this month.

Apple is also reportedly the target of investigations. Music-streaming service Spotifylodged a complaintwith the EU about Apple’s app-store behavior. The Congressional probe alsostarted asking aboutApple’s position on consumers’ right to repair their own devices as part of its work. 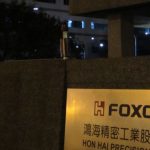 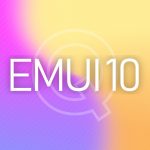