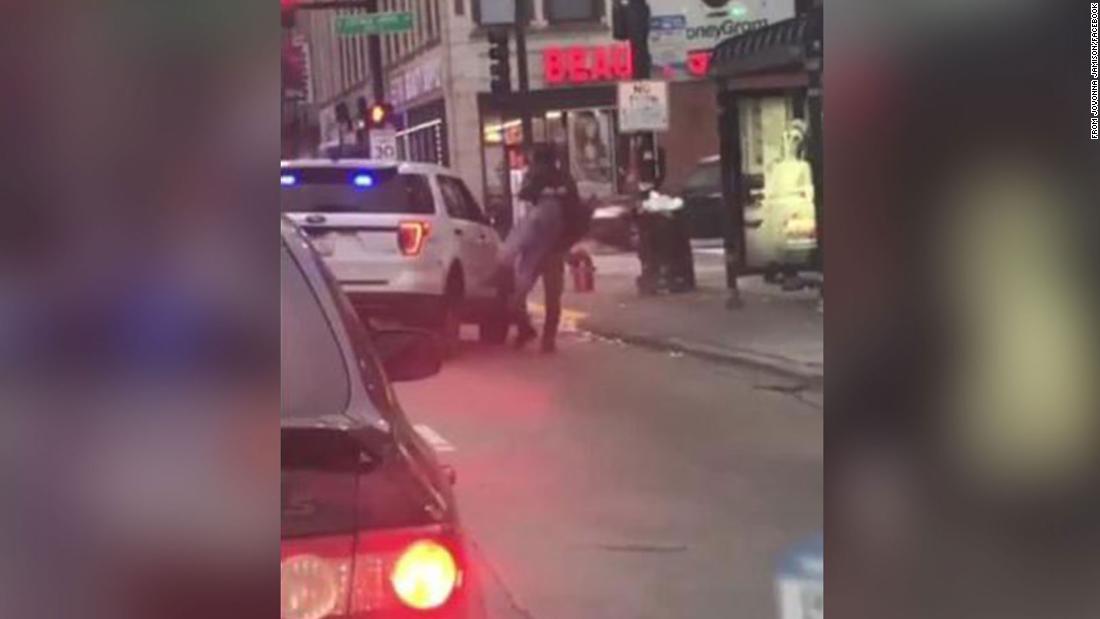 (CNN)Chicago police say they’re investigating the case of an officer who picked a man up and slammed him down onto a street during an arrest Thanksgiving afternoon – an incident that was captured on video and left the man in a hospital.

Police say the officer performed an emergency takedown after the man spat in the officer’s face and threatened him. But the brief video starts only at the onset of the takedown and doesn’t show what led to it.

“While a single video does not depict the entirety of the interactions between the police and the individual, this particular video is very disturbing, “said Mayor Lori Lightfoot.

Police said investigators will examine closelywhat led to the incident, which was shared on social media.

“If wrongdoing is discovered, officers will be held accountable,” police said in astatement. “It is my expectation that the investigation will be comprehensive and expedited so that the public may gain a complete picture of what happened,” Lightfoot tweeted.

) The episode comes nearly three years after the US Justice Department, following a 13 – month review of Chicago police, reported it hadfound a pattern of unconstitutionally excessive and deadly forcewithin the city agency.

The incident happened near a busy intersection on the city’s South Side, just off a covered bus-stop bench in

The 29 – year-old man appeared motionless in the moments after he was slammed onto his back and his head hit the concrete. He was taken to a hospital in stable condition, police said. Details about his injuries or condition Friday morning weren’t immediately available.

The names of the injured man and the officers involved were not released. CNN has reached out to Fraternal Order of Police Chicago and the person who took the video.

The incident began when officers in an unmarked vehicle saw the man drinking alcohol at the covered bus stop at East 79 th Street, near Cottage Grove Avenue, police said.

The officers pulled over and began detaining him, police said.

“The offender then became irate and licked the face of an officer and verbally threatened the officer,” police said in a statement to CNN.

“Shortly after, the offender then spit in the same officer’s eye and mouth. The officer then performed an emergency take down, taking the offender to the ground,” the statement reads.

What the video shows, and what a witness said

The43 – second video, captured by Jovonna Alexiss Jamison, a passenger in a nearby car, begins a moment before an officer picks the man up.

The unmarked police SUV was stopped in the right lane, blocking traffic with emergency lights flashing, just next to the bus bench.

Wearing a hoodie that covers his head, the detained man was standing against the SUV. The officer was right behind him, with at least one hand on his back.

The officer then wraps his arms around the man’s torso, lifts him up and slams him to the street on his back. The man’s head hits the concrete, right at the edge of the street.

The man does not appear to move for the rest of the video. Another man, apparently an officer in plainclothes, comes into view and stands over him, appearing to check on him.

Jamison was in a car stopped in traffic behind the SUV. The video ends as traffic clears and the passenger’s car is driven away.

The detainee “didn’t do anything aggressive – he just stood there,” Jamisontold Chicago TV station WFLD.

“He was standing there using his cell phone. They took away his bottle of liquor and threw it,” she told WFLD.

“Officers immediately notified EMS and the offender was taken to the University of Chicago in stable condition, “the police statement to CNN reads.

The officer also was sent to a hospital, police said, without elaborating.

“This incident is under investigation as the actions in the video are concerning,” policesaidin the statement posted to Twitter.

“The specifics of what transpired prior to officers executing an emergency takedown will be scrutinized closely by us and the Civilian Office of Police Accountability, “police said.

That panel was createdin a series of Chicago police reforms following the 2014 killing of Laquan McDonald, a black teen fatally shot by a police officer as McDonald walked away. 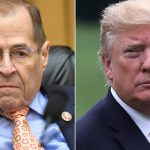