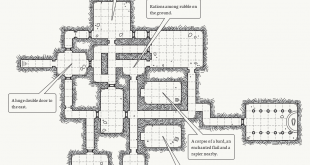 You are Arthur, a peasant living in the kingdom of Larion. You have a pitchfork and a nothing else. You wake up and begin working in the fields. You see your brother William, who is also a farmer, chopping wood for the winter. He looks up from his work when he sees you approach. “What’s going on?” he asks. “I thought you were dead”.
“I am,” you say.>i haunt william
The next day, you go to Willy’s farm where you find him cutting down some trees. As soon as he hears about what happened, he runs off into the woods. You follow after him, but there is no sign of him.>go back to my house
You return home to find that it has been ransacked. The front door is broken off its hinges and all the windows smashed. In the kitchen, you find the bodies of William and his wife Mary. They are both beheaded.>look for someone running away from the scene of the crime
You look around the room for anyone who might be hiding out and see nobody. You then re…