The White House and the U.S. Capitol were put on temporary lockdown following an airspace violation in Washington DC, according to law enforcement sources.

The North Lawn of the White House was temporarily cleared.

The lockdown began shortly before 8: 30 am and was lifted at about 9: 12 am, according to the Capitol Police.

The Secret Service said in a statement that the brief lockdown was due to a “potential violation of the restricted airspace in the National Capital Region. “

Officials were continuing to monitor the situation, but the aircraft” is not considered hostile at this time, “the North American Aerospace Defense Command said in a tweet at 9: (am) *** (“)” Our jet fighters are on site and responding, “NORAD wrote. 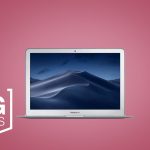