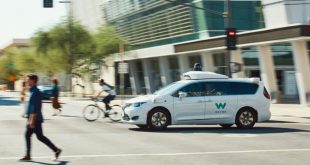 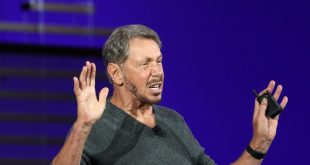 Larry Ellison's employees at Oracle are furious about his fundraiser for Donald Trump, Recode

On Tuesday,Page announcedthat he’s handed the job toSundar Pichai, who was already CEO of Googleand is now also CEO of Alphabet, the parent company that Page had run for the last four years. Sergey Brin, Page’s co-founder, is also giving up his position as president of Alphabet.

Brin and Page will stay on Alphabet’s board, and they will keep control of the company via their ownership stakes.

If you don’t spend much time thinking about Google’s management, this will sound like a very big deal. And any time the co-founder of one of the world’s most powerful companies steps down from atop the org chart, it’s certainly worth noting.

On the other hand! It’s very hard to say that this will be meaningful for Google employees or anyone in the world who uses Google products. That’s because Page hasn’t been focused on Google’s core search advertising business for a very long time, and insteadmanaged a portfolio of what the company called “Other Bets”– side businesses like Calico, a health tech company, and Waymo, its self-driving car venture.

But even when he was working on these projects, Page has been hard to spot outside of Google. It was Pichai, not Page, who represented Google in a Capitol Hill hearing a year ago, and it has been Pichai, not Page, who represented the company in high-profile interviews. Page’s highest-profile appearance in recent years may have been a video of him and Brin addressing employees after Donald Trump’s election in 2016, circulated byBreitbart News in 2018.

His absence has been felt within Google, too, according to current and former Google employees. Up until today, Page had a very small group of executives who reported directly to him, but if you weren’t on his “L team”you probably didn’t see him.

“Over time and particularly after the 2015 debut of Alphabet, Page’s official duties seem to have narrowed to a pinprick, “Bloomberg’s Shira Ovide noted in June, in a column titled“Where Is Larry Page? Alphabet Deserves Better. ”

It’s possible we’ll find out there’s a very specific reason that Page and Brin – who had even less day-to-day input at the company than Page did – officially handed over the reins to Pichai right now.

It’s also true that now may not be the most pleasant time to run Alphabet in any form, as the company and the rest of the tech sector are under scrutiny from regulators in the US and around the world. Alphabet is also contending with a particularly vocal workforce,thousands of whom have walked out to protest the way the company has handled allegations of sexual misconduct by highly paid executives, and who have continued to protest within the company in the year since.

Those employees may still miss Page, even as they wish he was more present. Posts on Memegen, one of the company’s internal message boards, display “a mix of sadness and pointing out they are leaving during a difficult time in the company’s history,” says a Google employee.

And in a reflection of how Page’s departure is not a major change for Google, Wall Street seems fine with the news. Alphabet shares have barely budged in after-hours trading following the company’s announcement.

Previous Cover Is Hiring an Engineering Manager for Our Toronto Office, Hacker News
Next Sundar Pichai becomes CEO of Alphabet and Google, as Larry Page steps down, Ars Technica 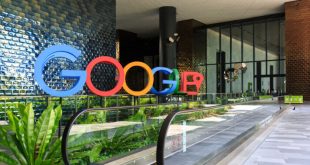 Gain a global perspective on the US and go beyond with curated news and analysis from 600 journalists in 50+ countries covering politics, business, innovation, trends and more. Choose your subscription Not sure which package to choose?Try full access for 4 weeks For 4 weeks receive unlimited Premium digital access to the FT's trusted, award-winning…