Hundreds March In Reenactment Of A Historic, But Long Forgotten Slave Rebellion 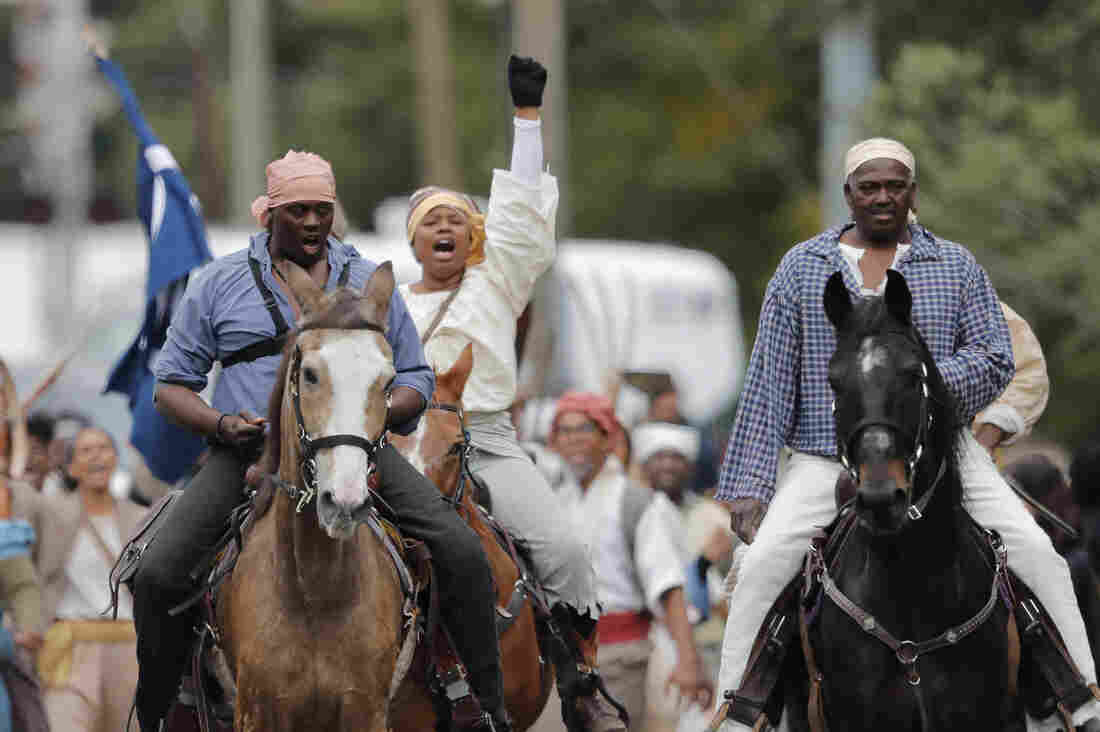 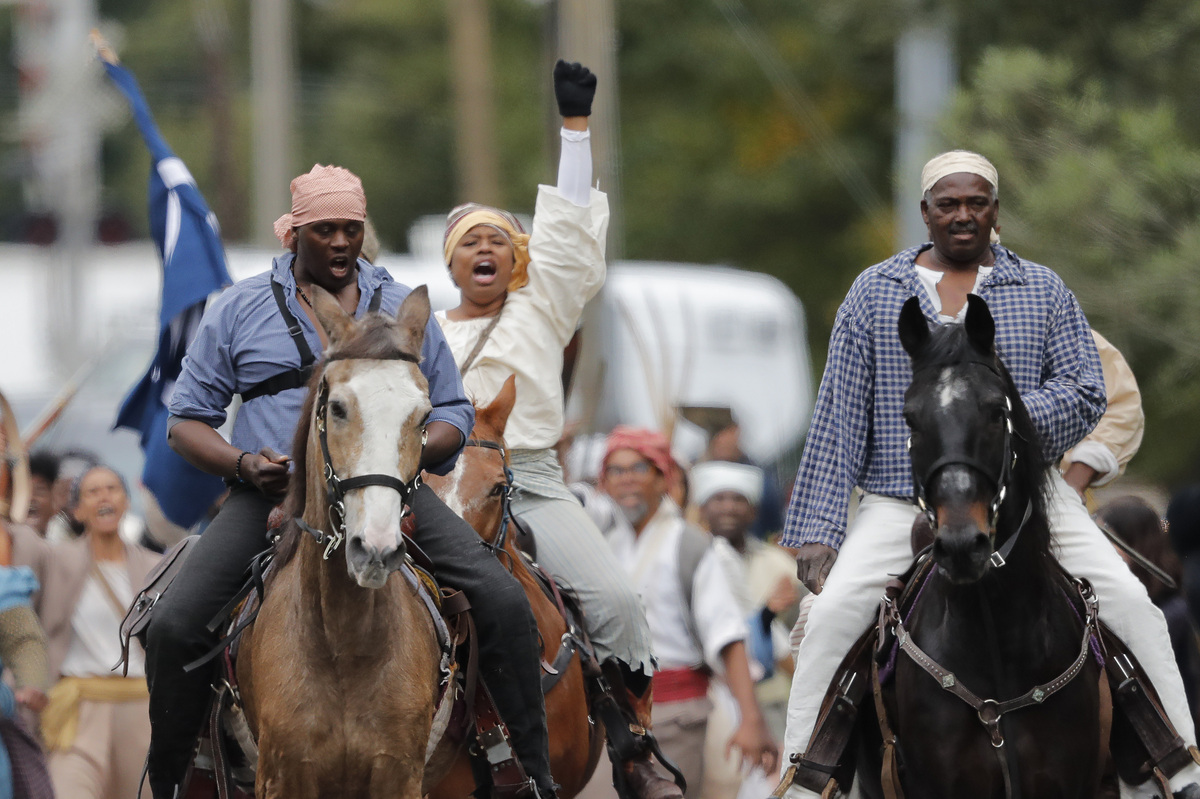 Volunteers participate in a reenactment of what is thought to be the largest slave rebellion in U.S. history in LaPlace, La., on Friday.

More than 200 years ago, in January of 1811, a group of enslaved people on a plantation on the outskirts of New Orleans rose up, armed themselves and began a long march toward the city. Hundreds would join them along the way. Their goal: to free every slave they found and then seize the Crescent City.

The rebellion came to be known as the German Coast Uprising and it’s believed to be the largest slave rebellion in United States history. This weekend, hundreds of African Americans gathered in the streets of Louisiana to recreate the event, long an overlooked chapter in the story of America.

On Friday, under the direction of the New York artist Dread Scott, some 500 volunteers dressed in period-era garb to begin a two-day, 26 – mile march upriver to New Orleans.

With some on horseback and others on foot, participants beat drums, chanted “Freedom or Death!” and “We’re going to end slavery !,” as they trekked the same route that hundreds of enslaved people once journeyed.

The original German Coast Uprising didn’t succeed. Roughly one-fifth of those who revolted were killed. Some were put on trial first and executed – their headsthen put on displayto intimidate others from pursuing future uprisings.

But this weekend, amid a startlingly transformed landscape where suburbs and strip malls have replaced plantations, Dread Scott wanted to re-imagine a different outcome through a reenactment that pays tribute to the men and women who protested their enslavement. He says they should be viewed as unsung heroes.

“The thing that we’re really focusing on is freedom and emancipation,” Scott said in an interview with NPR’sAll Things Considered,“… as opposed to the brutality of white people putting down a slave revolt, you know?” 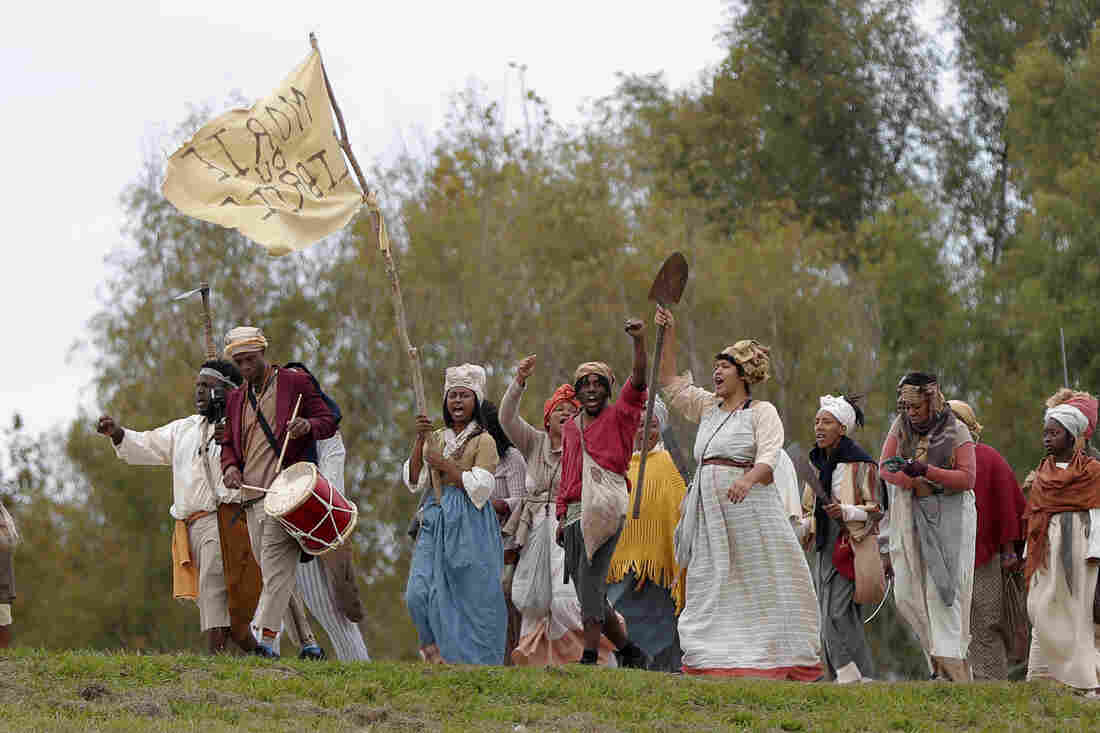 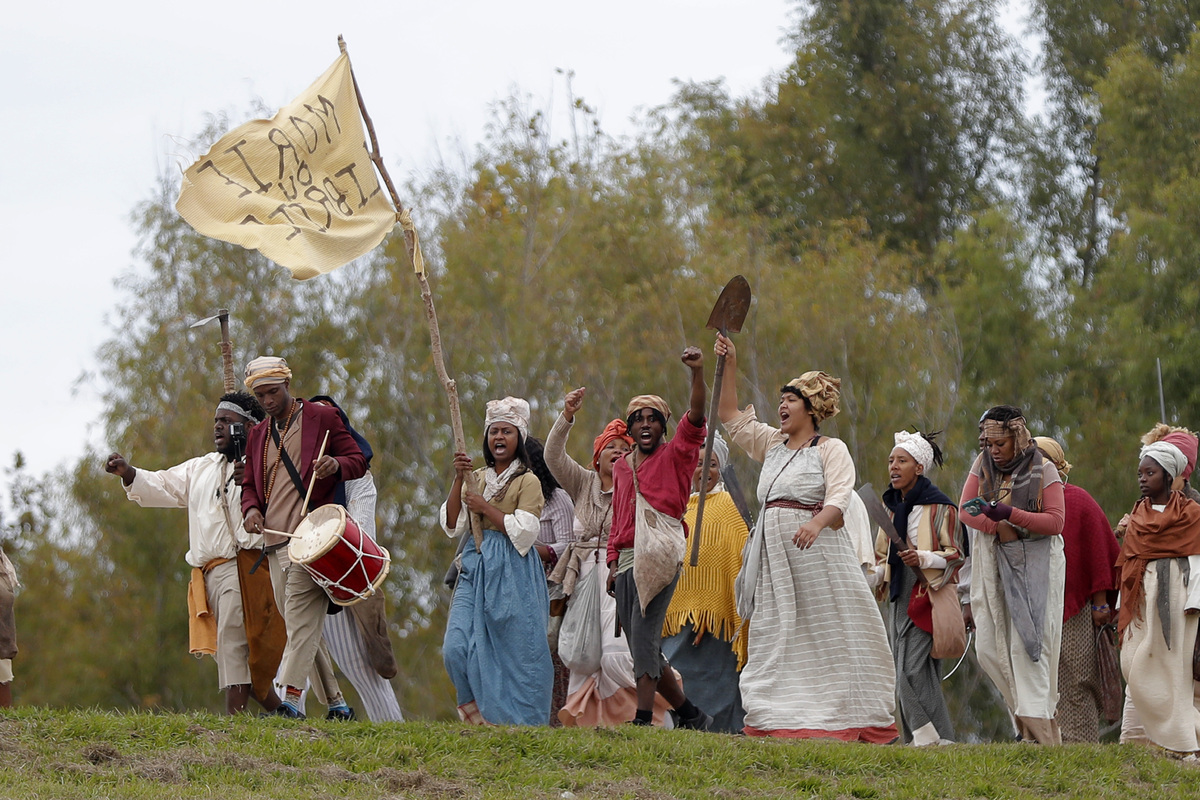 People march along the Mississippi River levee in Louisiana on Friday as they perform in a reenactment of the (German Coast Uprising.)

The procession was set to conclude on Saturday at Congo Square in New Orleans – located in what’s now known as Louis Armstrong Park.

“We’re going to flip from a military campaign when we get there, to a cultural celebration, both lifting up the names of the rebels that were part of this rebellion that people should know and should really view as heroes, “Scott said ahead of this weekend’s event.

Scott said he is taking his message to a region that continues to grapple with the legacy of slavery. In recent years, New Orleans has joined other cities across the nation in removing confederate monuments. But it’s an effort has been met at times by fierce backlash.

Said Scott: “This is an area where the effort to take down confederate monuments was met with people that , you know,firebombed somebody’s carwho was just a contractor. “

It’s another reason he views the reenactment as an opportunity to remind people about the importance of fighting for liberation.

He said the march is a way to spark conversations around fractious questions: “Why for 21 (st) -century people does this 19 (th) – century history of freedom and emancipation – why does it matter? How can we draw on the lessons of these heroes from 1811 to actually embody that now and actually re-imagine how we get free today? “